The 28-year-old centre-back was signed by the Lions in the summer of 2016 following his release by Fulham.

But Harris, who stepped down as Millwall manager just over a week ago, made him a top target.

Hutchinson has played 104 matches for the South London outfit and was voted their Player of the Year in the 2017-18 season, when they finished eighth in their first campaign back in the Championship.

The Geordie said: “I was sitting in the house chilling, I popped my Twitter on and it said Neil Harris resigns. I was like ‘eh?’ I never really saw it coming.

“I knew he was getting a bit frustrated, because we weren’t getting results and performing like he knew we could.

“I’ve been four years with him now, it’s been a long time. It’s been pretty successful. There have been  couple of lows, but a lot more highs.

“He kind of revived my career. He took a chance on me in League One. I’ve seen some good times with him.

“I spoke to him and said: ‘Thank you so much’. I think pretty much everyone did that – which is pretty rare. Usually at a club you don’t get that. Even the boys he didn’t play as much still had respect for him, still loved him and were gutted he had gone.

“We were gutted because he is a good man and a good manager.”

Hutchinson joined Fulham in June 2014 but featured just nine times in the Championship in his final campaign before being handed a free transfer.

His first season working with Harris saw Millwall win promotion to the Championship via the play-offs. 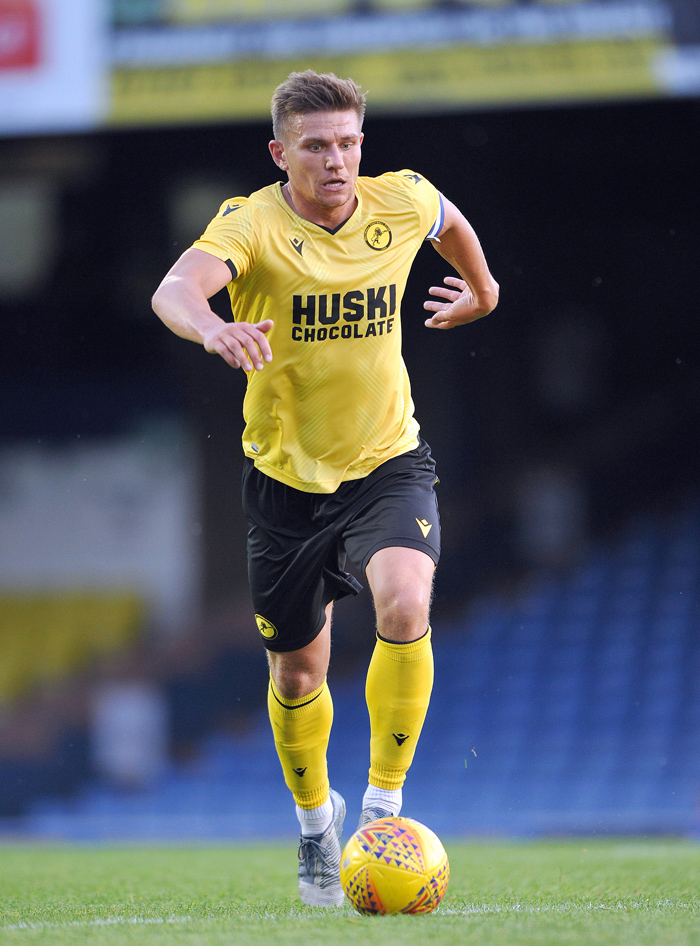 “At the time I didn’t really think what was going to happen,” said Hutchinson. “I was thinking ‘I’m going to a team that has just made the play-offs – looking strong and looking good’.

“As soon as I came and met him and saw how he worked I knew this club was going to go places – and sure enough it did. We got promoted and then smashed the Championship the next year.

“He brought some really good times to me and I’ve learned a lot. Every manager you pick up different things and he’s one of the managers I’ve picked the most up from.

“As much as he was an attacker, he taught me so much defensively as a team unit – being a bit of a pack on the pitch. How we defend together and how to get results when you’re not necessarily as talented as the team you’re playing against.

“He showed how hard work, togetherness and having a style of play that everyone works for can achieve things.

“He taught me how to not dwell on things. If you give the ball away then just move on. Don’t get too high when you win or too low when you lose.

“Discipline, shape….I just picked up so much from him.”

Hutchinson was excellent in Millwall’s first season back in England’s second tier.

It was a 3-0 defeat at the hands of his former club Fulham – who went on to go up via the play-offs – which dealt a critical blow to their own top-six prospects.

Was it a curse for Harris, in that it raised expectations of what was to come?

“It’s not a trophy as such but as much as the manager has got on his CV that we got promoted from League One, it [the eighth-place finish] was something that should be on the CV.

“For a team like Millwall – coming up on the budget we were on – everyone was writing us off before. And we even started quite slowly, which made it even better the way we picked up [with a 17-match unbeaten run].

“For me that was probably the season of my career – because it had all the ups and all the downs.

“Okay we just missed out, but boy it was an enjoyable season – to even be in with a shout.

“I look back at the Fulham game and to be in with a chance is just incredible. That was all down to him. I do believe we wouldn’t have done that without him in charge.

“I wouldn’t hesitate to pick up the phone and get his advice, because of the role he has been for me.

He rang boys all the time and visited houses. He did a lot that people didn’t know.

“Some managers are like ‘all the best – see you later’.”

Hutchinson missed the last eight matches of last season and had lost his place to Alex Pearce at the start of this campaign.

“One thing with the gaffer is he is very approachable,” said Hutchinson.

“I spoke to him numerous times during the off season and even last season when I got a few illnesses and injuries, things weren’t going my way.

“He supported me through thick and thin.

“I felt like I’d smashed pre season, I felt I was back to my best. But he explained the situation – there are players playing, they’ve done nothing wrong and you’ve got to bide your time. I respected that. I still loved the guy.

“I worked away and when I got given the chance I’ve been fit enough to show what I’ve got, because of the work I’ve done behind the scenes.”

Millwall’s players showed mental fortitude to recover from the shock of Harris’ exit as Adam Barrett got his caretaker spell off on the right note.

“Going into the game I just knew we were going to win,” said Hutchinson.

“We knew it was going to be a sell-out, it would be noisy and playing Leeds is always a big occasion for us and the fans – it’s a lively atmosphere.

“As if that isn’t enough to make you want to get the win and put you in the right mood, we also wanted to do it for the gaffer [Harris].

“There was too much going into the game for us not to win that.”