Ask Bart Bialkowski about the atmosphere for his first two home games for Millwall and the goalkeeper breaks out in a smile.

The Poland goalkeeper is on a season-long loan from Ipswich Town and reckons both clubs have special support.

“Even though we went down last year the atmosphere was very good,” said Bialkowski. “But here [at Millwall], even my missus was like ‘wow – the atmosphere is crazy’.

“The game on Saturday [a 1-0 win over Sheffield Wednesday] was the first one that my wife and kids came to. The fans made an unbelievable noise.” 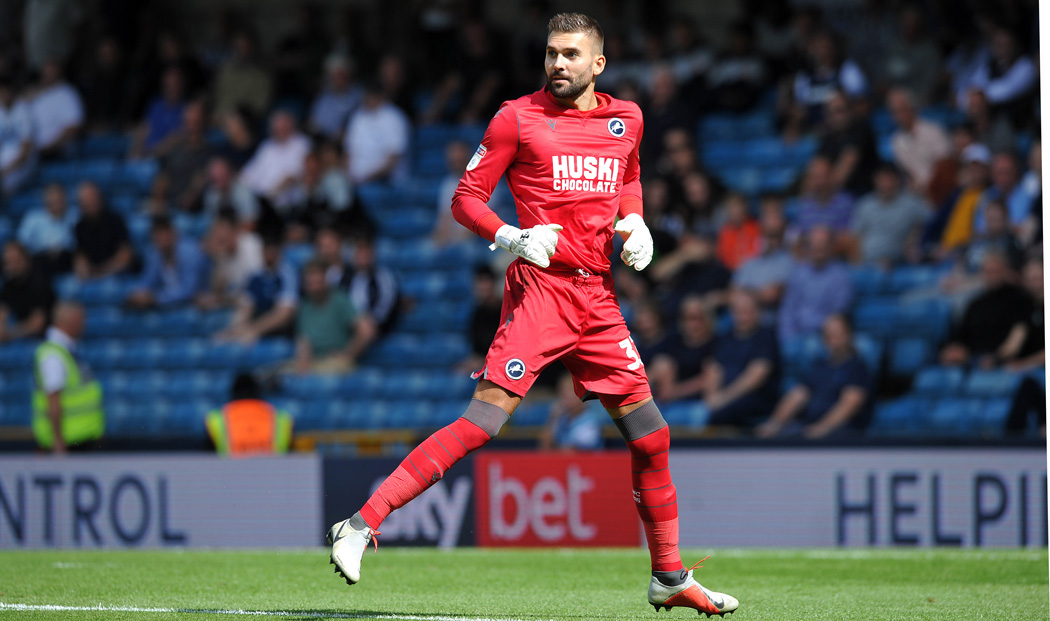 That volume will be dialled up even further when the likes of Charlton or Leeds United came to that part of town. Bialkowksi said: “I’ve heard about that [the rivalry with Leeds]. It’s hard to imagine how it is going to be.

“It is good for us and obviously very difficult for the opposition to play at The Den, because of that atmosphere.”

Bialkowski has been capped once by Poland but is not closing the door on a return to the national team. He made the 23-man squad for the 2018 World Cup finals. He said: “There are so many of our goalkeepers playing in top leagues but that was exactly the same a couple of years ago when I got called up.

“So I never say never. After the World Cup the manager got sacked and I haven’t heard anything from the new on. At the moment he has probably got a different vision.”