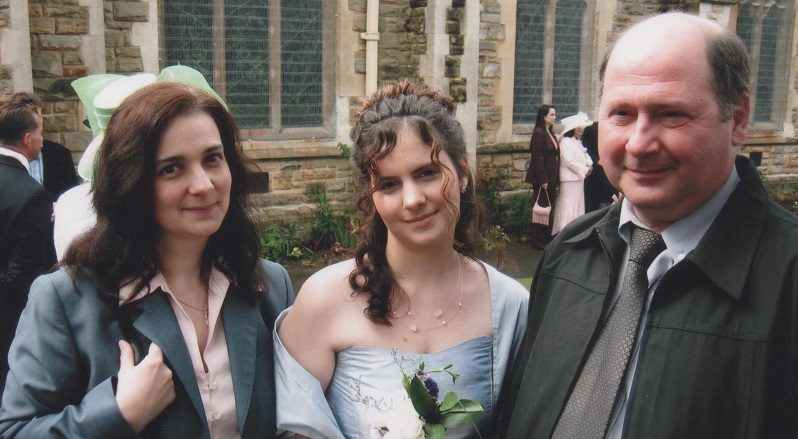 A mother has lost an eight-year legal battle to get a public apology for the death of her daughter, following a string of misdiagnoses.

Irene Morris went all the way to the High Court to ensure St Thomas’ Hospital did not make the same mistakes again – but judges backed its trust.

Irene, from Kennington, only found out her late daughter’s records were missing when she started writing about Alexis’s battle against bowel cancer after she died in 2011.

The 29-year-old had survived six years after she found out she had two tumours – and after medics had given her no chance of survival, withdrawing food and giving instructions not to resuscitate her, against the wishes of her Catholic parents.

Her mother cared for her in the hospital herself instead – then spent thousands demanding St Thomas’ Hospital hand over Alexis’s medical records or reveal how they were lost, and find out what staff have done to prevent it happening again.

Irene said: “There are grounds to appeal but I do not have the financial resources to pursue that – let alone pay the adverse costs.

I am disappointed not for myself and my daughter but for those who have supported us throughout.

“The trust and the legal system have yet again not only failed my daughter but those who have supported us and also past, present and future patients and their relatives.

“I am not seeking any rewards but justice for Alexis – and the other patients and their families who have suffered at the hands of these people.

“The only thing Alexis wanted was an apology from the trust and those in whose hands she placed her care, her trust and her life for what they did to her, which is why she could not leave the hospital. She never received that apology.

“This trust need to know they cannot carry on like this. The medical staff cannot possibly do what they need to do, and the hospital cannot run efficiently, effectively and to budget if the administrators cannot their act together; and this goes right to the top where as far as I am concerned the buck stops.

“The trust claim that they have made changes – but to date have not demonstrated what changes have been made and how they have measured their effectiveness. Eight years down the line since Alexis’s life was ended and nothing has changed.

They need to be made accountable for their actions – or rather lack of them.”

The court granted permission for Irene’s judicial review despite the objections of Guy’s and St Thomas’ Trust and the NHS watchdog– the Parliamentary and Health Service Ombudsman (PHSO).

Irene has already used her own savings and pension pot to fight the case.

She had been fighting for seven years to get Alexis’s medical records, but St Thomas’ has failed to produce her two oncology paper files, chemotherapy records and electronic chemotherapy pharmacy records covering five-and-a-half years.

The PHSO initially refused to investigate. She challenged that in the High Court and lost but the PHSO agreed to undertake a further investigation anyway.

Its probe took from 2014 to 2017 and found maladministration, but it was also unable to obtain the records.

The trust could not say what had happened to the missing notes or produce documents about its records policies.

Irene said: “Alexis was adamant this should not happen to anyone else.

“My daughter and I are entitled to understand what has happened to her medical records – simply finding that there has been maladministration is not enough.”

Alexis suffered with stomach problems from the age of 16 and by the age of 20 was in serious pain, was bleeding and drastically losing weight.

At one stage she weighed just 2st 7lb. She was diagnosed with IBS, then a fissure to explain the increasing bleeding and then anorexia – though she was not told that – and referred to a counsellor.

She was finally properly diagnosed in November 2005 with bowel cancer at the age of 23. She was told she could have died in less than four weeks if medics had not finally found the right diagnosis.

Alexis was dyslexic, but worked four days a week to support herself while studying, but was unable to complete her theology and education degree because she was too ill.

She had surgery to remove two tumours and spent the next five-and-a-half years as an inpatient at St Thomas’ Hospital, because of further complications and misdiagnoses.

She spent five years in a hospital room, treated by her mum, because she needed one-to-one care 24/7. In 2009, she had recovered enough to go home for long weekends.

A top US bowel surgeon agreed on an operation which she had been repeatedly denied by her UK hospital surgeon – but she never got there.