Jed Wallace is set to lock horns with Jason Pearce this weekend in the Millwall-Charlton derby – but has spoken about how the centre-back helped him settle into first-team training as a teenager.

The pair were together at Portsmouth.

Pearce is expected to skipper the Addicks on Saturday as they look to end a 23-year wait for a victory against their South London rivals.

Lions winger Wallace said: “I know Jason Pearce from Pompey. Him and Joel Ward were the two who were really nice to the young lads, which you don’t forget about really.

“Because I would say there were a few unfriendly characters there when I broke through. Him and Wardy were two humble boys who would always make the effort to say hello to you. 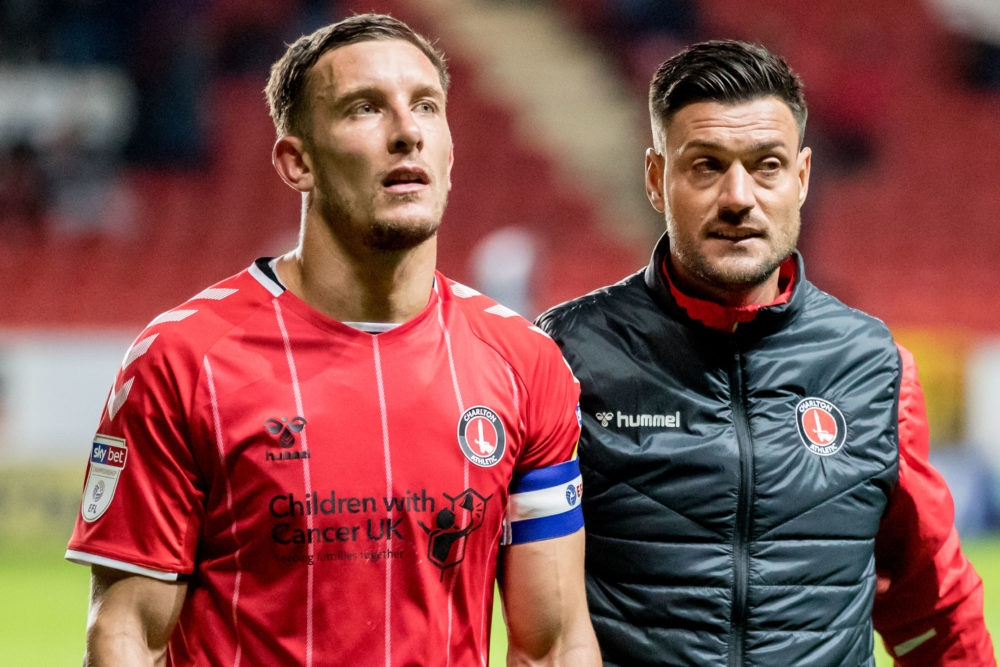 “And when you’re a young, spotty 17-year-old – a nervous wreck coming to train with the first team – it means a lot when one of the senior lads says: ‘How you doing Jed, you alright?’ rather than look at you like ‘what are you doing here?

“I won’t forget that in a rush. He was a really nice fella and a good leader – that sort of type. Similar to the Pearcey [Alex Pearce] we’ve got here.

“I look forward to seeing him, I’ve not seen him for a while, but hopefully at the end of the day we’ll be the winning team.”