Jed Wallace is set to get his first taste of derby football tomorrow – with one of Millwall’s former players reminding him earlier this week about the importance of the South London duel with Charlton.

The winger never got the chance to play in the highly-charged fixtures against local rivals when he was on the books of Portsmouth and Wolves.

But Wallace, 25, reckons there is no chance of the Lions not being up for the visit of Lee Bowyer’s side.

Just to make sure, Steve Morison had a chat with the in-form attacker  on Monday. The recently retired frontman scored twice in the last meeting of the two clubs at The Den – a 3-1 victory in December 2016.

“We never show a lack of courage, heart and fight,” said Wallace. “We certainly won’t lack that at the weekend. With a full Den behind us I’m pretty sure the punters will know that we’ll be right up for it. 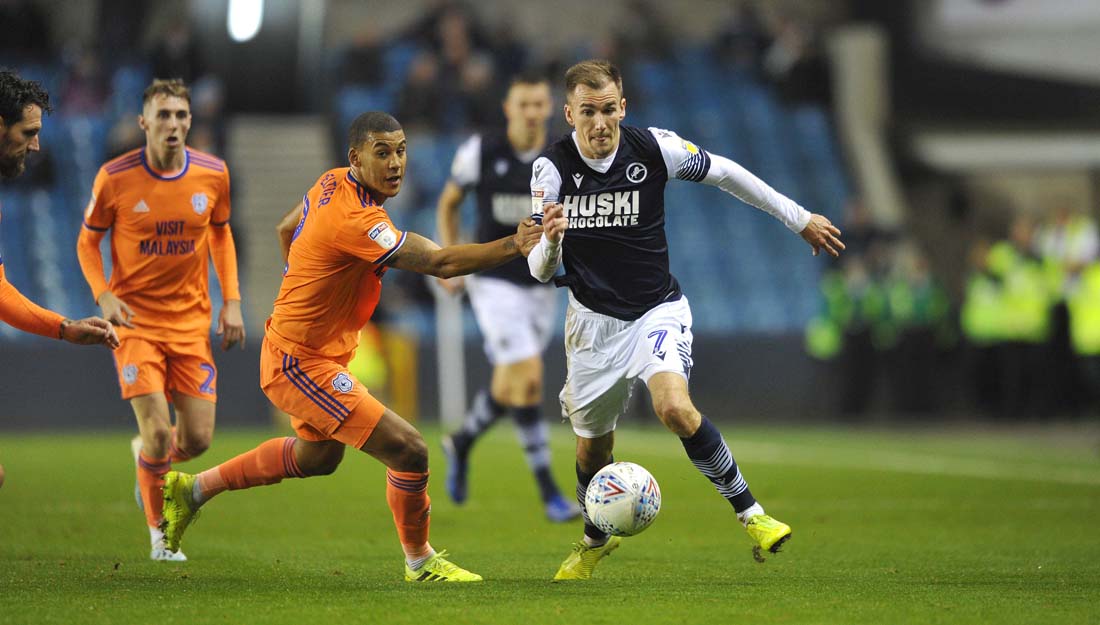 “I spoke to Moro on Monday and he said: ‘You need to make sure the lads are on it – you can’t be losing that game’. We’ve got big leaders in the group and big Millwall personalities – people like Aiden [O’Brien] and Thommo [Ben Thompson], who have been here a long time.

“We know how important the fixture is.

“Everyone is talking about what a great start they’ve had, but if we win at the weekend we’ll be one point behind them.

“With a full Den behind us and when it is a big occasion I fancy us against anybody, if you take away Man City and Liverpool.

“It’s looking like it will be a tight division this year. Only West Brom, out of the teams we’ve played, I’ve thought could be ones to go up. Fulham, on the night we played them, were unbelievable. Probably the best Championship football I’ve seen. But for some reason they’ve had a few dodgy results.

“There isn’t going to be much between the teams. If you put a little run together in February or March then you can find yourself in the top seven or eight. We want to get in that chasing pack. I think Charlton will be in it as well, so it will be a big game at the weekend.”

Millwall have not lost a fixture against the Addicks in 23 years – winning five of the 10 meetings.
That run has got to come to an end sometime. Does that add extra pressure?

“It’s only three points,” said Wallace. I’d happily lose at the weekend if we won the next eight games after that. No matter who we play against, the end goal is to have a successful season.

“If we beat Charlton 2-0 at the weekend we don’t get bonus points because their ground is located five miles from ours – it’s still three points.”

Wallace is one of those players who is brave enough to keep getting on the ball even if it has not been his day. That’s not always easy if the home support are frustrated or the side are going through a lean spell. 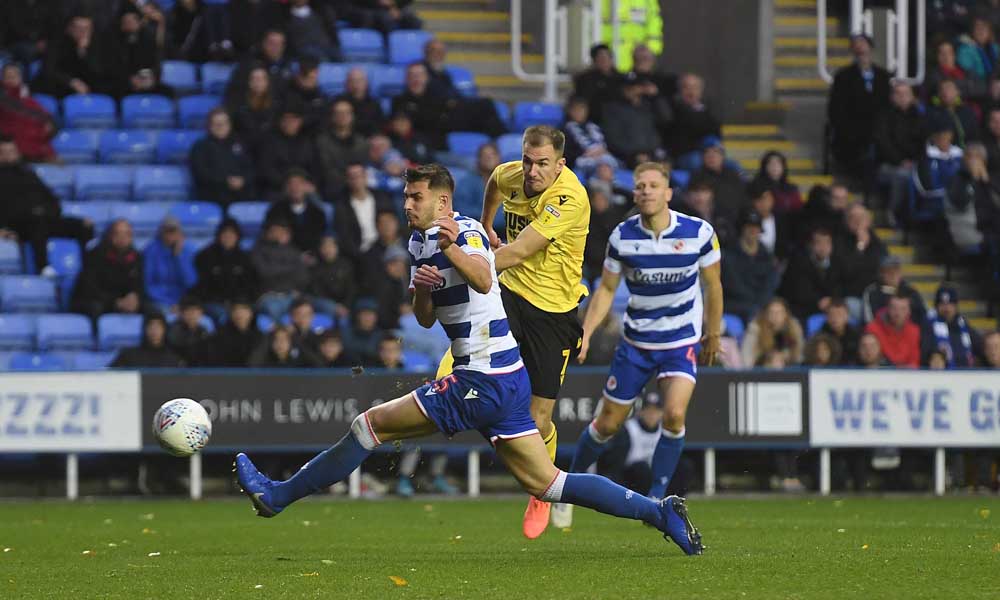 He has already matched his best-ever goal total in the Championship – six – after an excellent finish in Saturday’s 2-1 loss at Reading.

That haul has been helped by the fact that Wallace is on penalty-taking duties. He said: “A goal’s a goal – no matter how they go in.

“I don’t think I’ve missed many chances in the last two years. I’ve not been on the end of as many as I’d have liked to have been. A few stick out – I missed a bad one against Swansea at home and one against QPR at home – but not any where you think ‘I’ve got to score that one’.

“It’s about getting in the position, which I’ve been trying more to do this year.

“Just being more selfish at times. Last season I watched a lot of videos back over the summer and I looked to go down the outside a lot. I want to be more inside and in a position to score goals.

“Offensively the last four or five games we’ve played really well – we’ve just let ourselves down a little on the defensive side as a group. We’ve given away a few sloppy goals at key times in games.

“I know I can score goals and I’ve wanted to score more.

“Taking the penalties has definitely given me a bit of confidence in front of goal.

“I never hide. It’s not in my DNA. It’s not possible for me to do that.

“A lot of that comes from being thrown into the team at Portsmouth when I was 18 and they were in a relegation battle. Fratton Park can be a difficult place to play at times, a bit like the Den, for the home team. I won’t go hiding – whether I play good, bad or indifferent. I’ll always try to make things happen.

“Luckily it is coming off for me at the moment.

“Direct running causes problems. I certainly don’t like it when someone is coming at me. I just try to do the same.

“I feel like I can score going into every game, which is positive.

“Any midfielder to score double figures in a season is a good return.”