This enthralling encounter proved a chastening experience for Millwall and an example of just how much more they need to improve to compete with their hosts for promotion.

At half-time they were two goals up through Shaun Hutchinson and Jed Wallace and set for a place in the Championship play-off positions.

Instead, three goals in 18 calamitous second-half minutes saw them suffer a second league loss in 14 matches and drop to ninth, 11 points behind the new leaders of the second tier – and three points from the play-off spots. 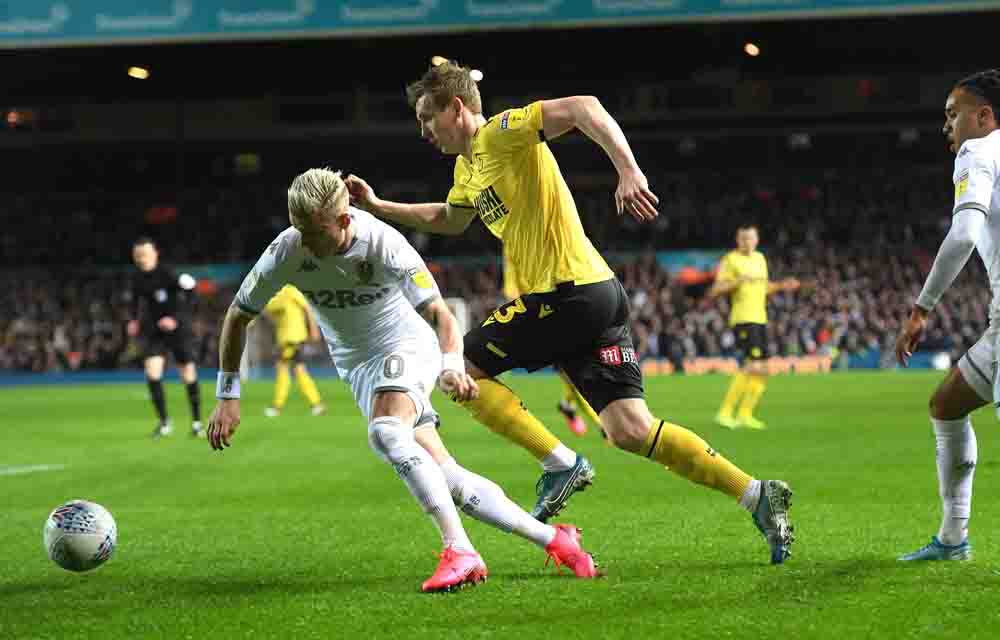 Gary Rowett was magnanimous in defeat, lauding Leeds as the best side they have faced this season and backing them for promotion.

His Lions may have similar ambition, but were taught a lesson – and a harsh one at that – as a proverbial tale of two halves saw his game plan ruined.

Millwall were perhaps guilty of trying to hold on to their lead rather than increase it. 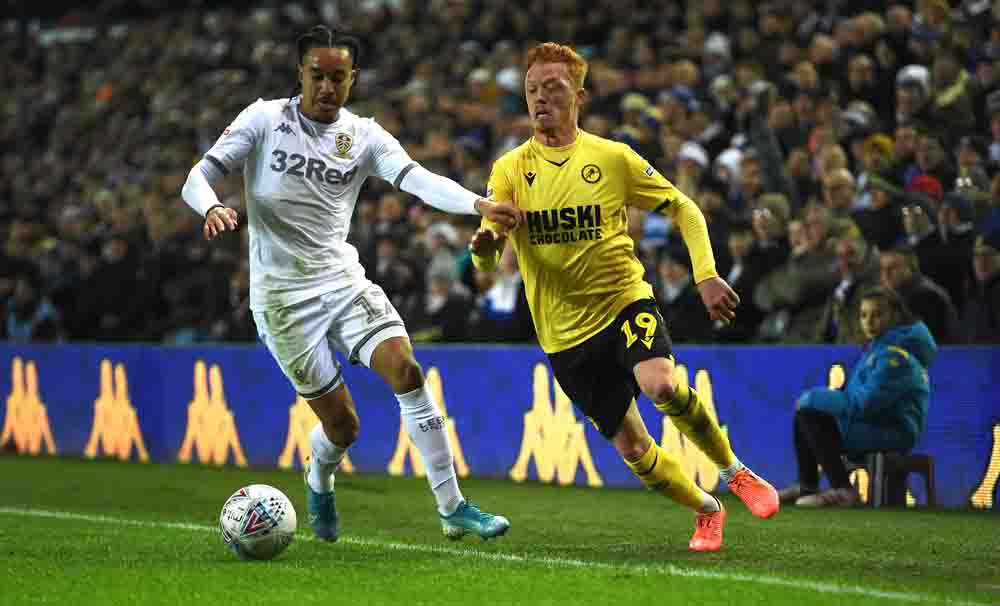 They were guilty perhaps of not being more combative and allowing Marcelo Bielsa’s side the freedom to flourish, especially down the wings, as their full-backs prospered more than they had done in the first half.

For both his goals, Patrick Bamford was also left unmarked in the box, with defenders disorganised around him.

After the initial good work, there was a naivety about the way Rowett’s side managed their advantage and succumbed under pressure. 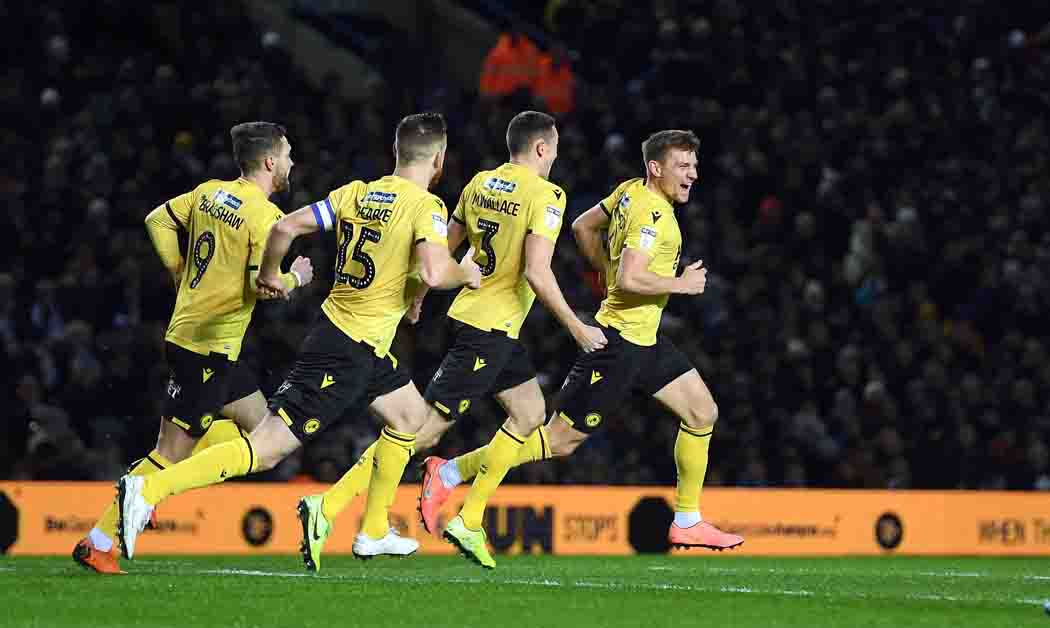 They did not press enough, nor push forward on the counter where Jed Wallace had been particularly lively on the right-hand side.

Strangely too, they lacked some of the fight and fire that essentially typifies a Lions team.

Had they shown greater belief – and the confidence of the run that has garnered 29 points from 15 games since Rowett took charge in October – they might have left with a statement success. 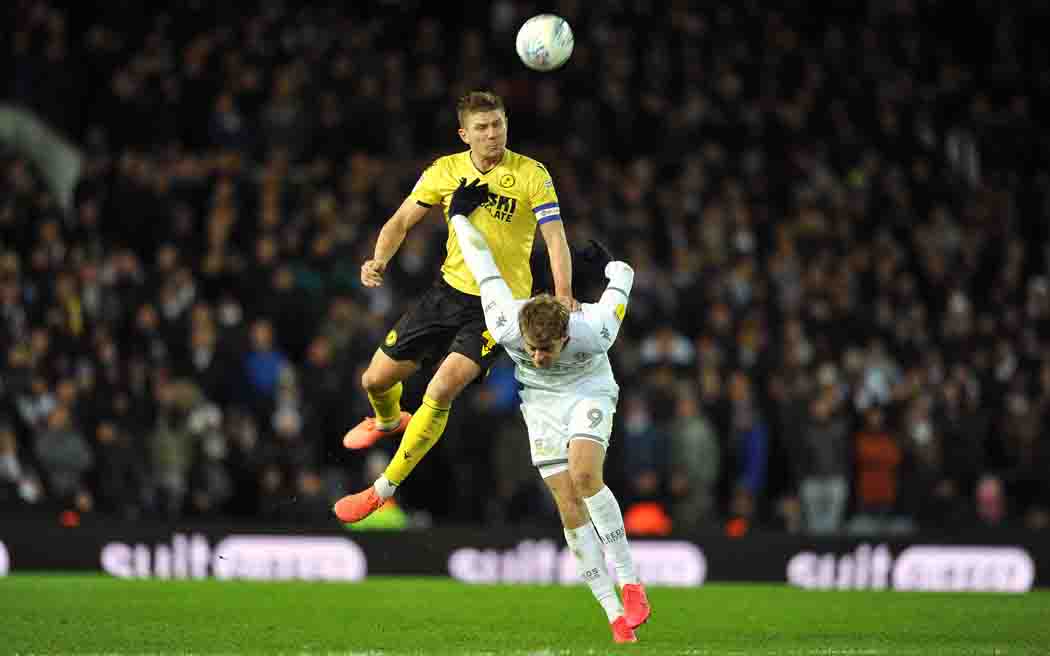 As the opening period demonstrated, Leeds were suspect in defence and edgy under pressure early on.

In only the fourth minute Hutchinson was afforded ample space to direct Jed Wallace’s deep left-wing corner home for his fourth goal of the season. 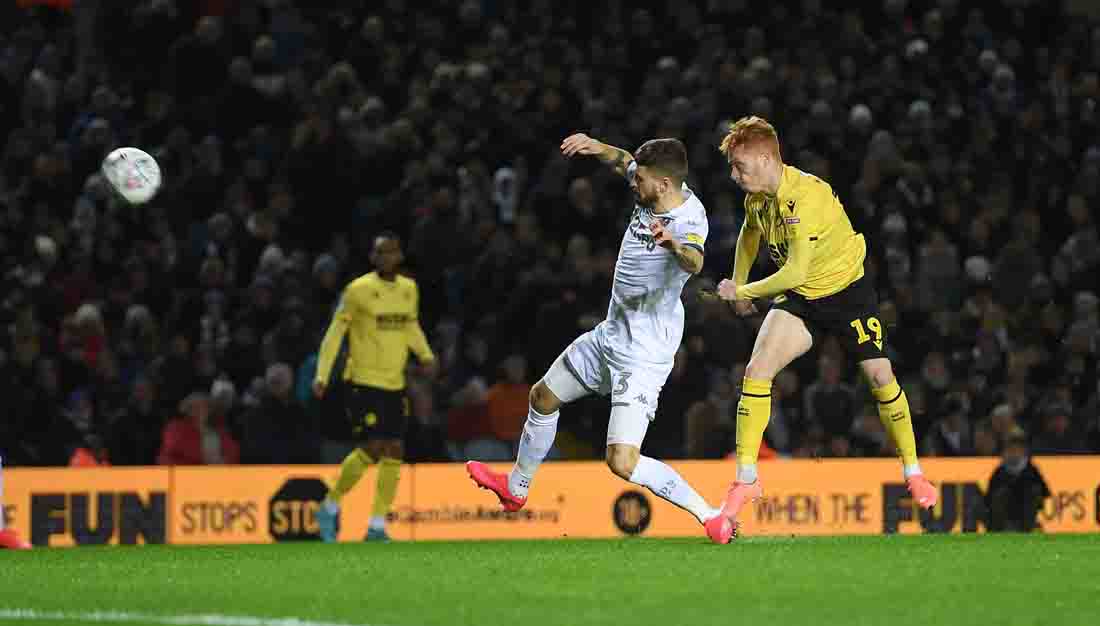 It was Wallace who then calmly stepped up to score the 23rd minute second – his 10th of the campaign – after Jon Dadi Bodvarsson had burst into the box and was brought down by a rash challenge from Ezgjan Alioski.

As they celebrated, objects were thrown, including coins, to reflect the frustration and fury within Elland Road.

Millwall had a floundering Leeds on the ropes, silencing the hostility of the home support as their attempts on goal proved futile with keeper Bartosz Bialkowski impressive.

Deserved praise for a fine parry to deny Stuart Dallas was bizarrely denied when referee Darren England deemed the resulting outcome a goal kick instead of a corner. 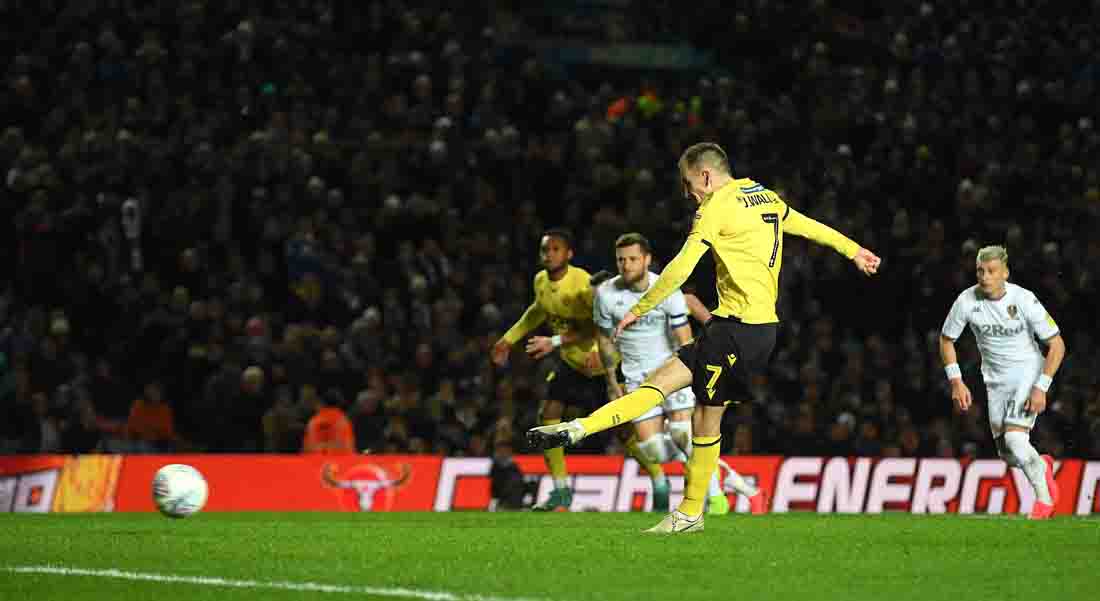 It was not the only poor decision made by the official as Rowett felt he missed a strong penalty claim before the end when Matt Smith was pulled back in the box.

But Bialkowski’s heroics masked a one-sided onslaught after the break and the familiarity of last March’s meeting where Leeds twice came back from behind to snatch a similar 3-2 win.

A brilliant save from Jack Harrison saw the ball fall fortunately for the lurking Bamford to tap in three minutes after the restart – and launch the Leeds response. 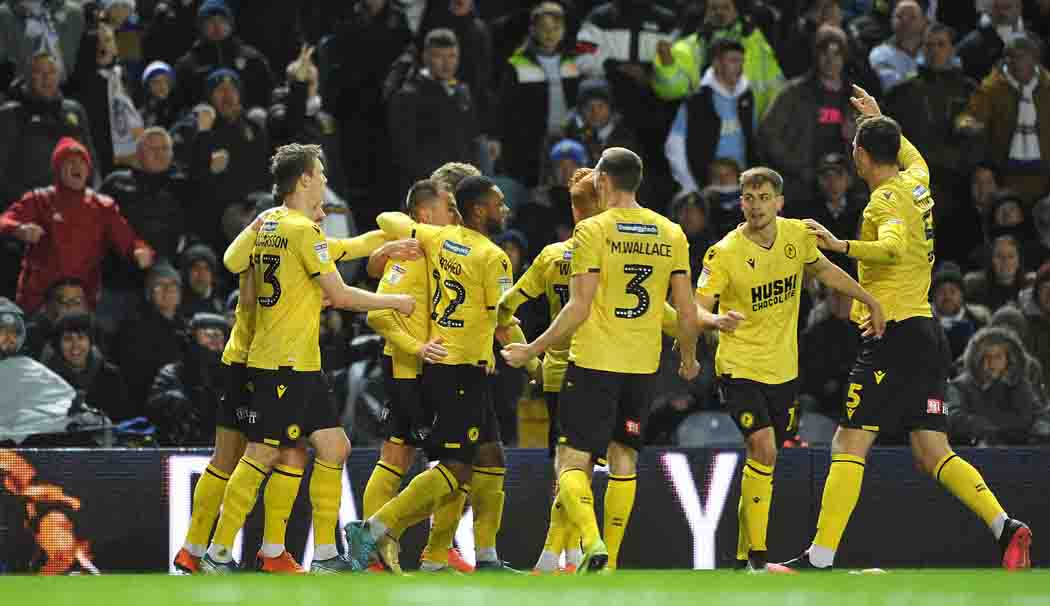 Pablo Hernandez levelled in the 62nd minute when his volleyed finish took a deflection and squeezed into the corner.

It was tough on the Poland international, but his display will justify the decision to turn his loan move from Ipswich into a permanent deal.

He needed better protection, though, as Helder Costa struck the bar and Mateusz Klich somehow blazed over with the goal gaping. 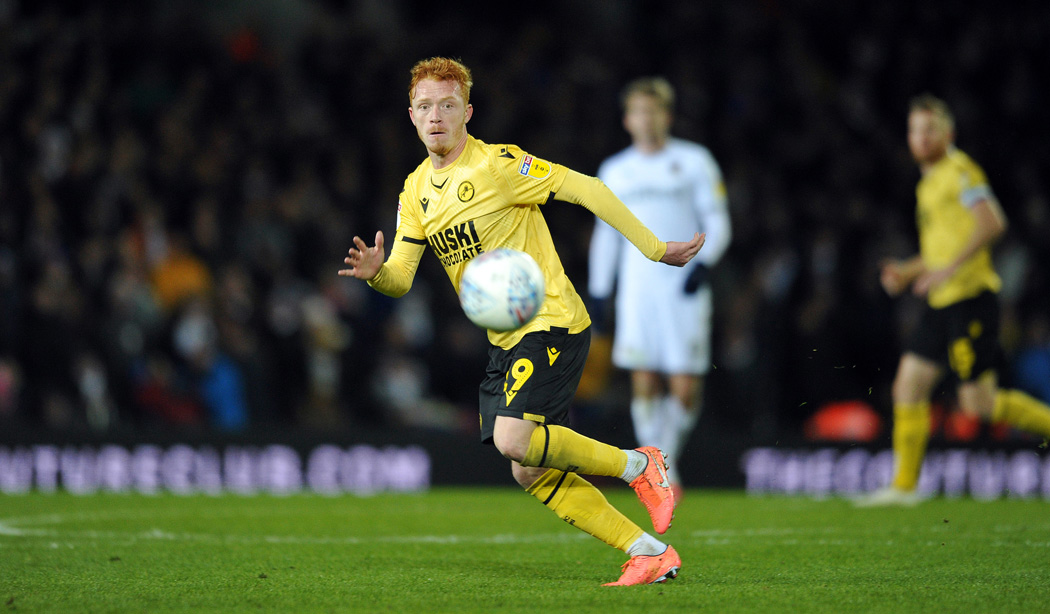 It was a conveyor belt of chances – and worrying, given Millwall had conceded just once in the previous four league games.

But Leeds are top of the class for a reason and Millwall must look at the positives and progress in the last three months.

They were clinical with their own opportunities and Jed Wallace and Ryan Woods offer guile going forward.

They have to regroup for the next set of testing fixtures against Sheffield Wednesday, West Brom, Fulham and Preston.

This division can be unforgiving as this result showed, but Rowett has to make sure his side learn from this and avoid being schooled again.