Ryan Woods feels he has fitted straight in at Millwall – but admits that hasn’t been the case for him at every football club.

The 26-year-old midfielder joined the Lions on loan from Stoke City last month – hooking back up with Gary Rowett, the manager who paid big money to take him to the Britannia Stadium.

Woods knows when the environment is right to flourish. And that was even from a very early age – he rejected Aston Villa.

“I grew up as a village kid and it was quite rough. They [Villa] weren’t really my type of people.

“Dad said: ‘Fair play to you, you know what you want’. Even at that age I knew it wasn’t going to be for me. I went and enjoyed my football with my friends again at the weekend.

“I signed at Walsall until I was 15 and they released me, because they felt I was too small.

“I went to Shrewsbury a few days later and had a trial game at right-back – didn’t impress. I told them: ‘ I’m not a right-back, I play centre midfield’. I went back for another trial in midfield and I signed the next day.” 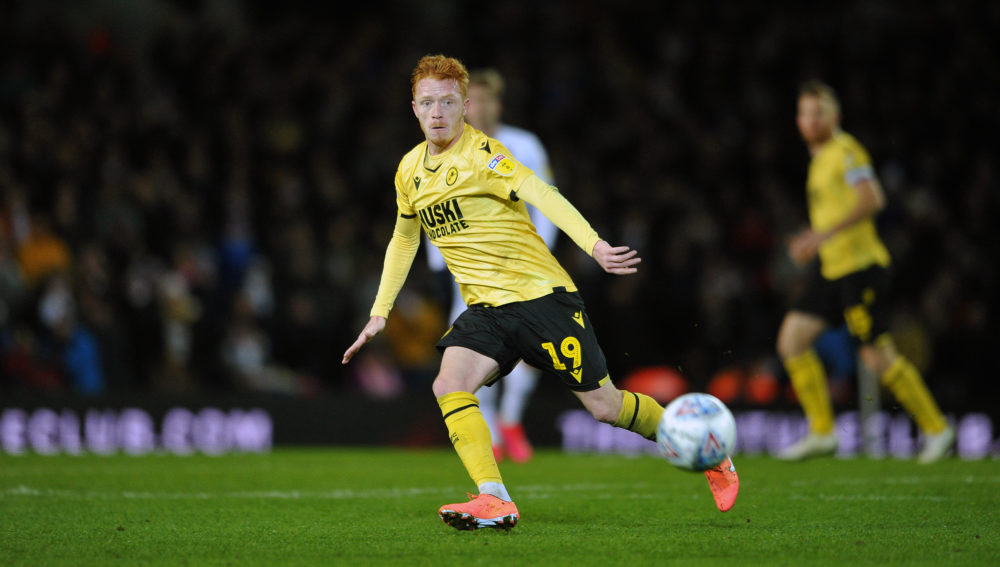 “The reason those two clubs worked better was probably because of the Centre of Excellence feel. There wasn’t as much pressure and they were my type of people – easy going and they wanted you to go and enjoy yourself while you’re progressing at the same time.

“I enjoyed the environment, that’s the most important thing for me. That’s all I want.

“Have I enjoyed it at every club I’ve been at? If I’m going to be honest, probably not.

“But it is what it is – that’s your life as a professional footballer. You don’t really know what you’re in for until you commit to it.”

Woods thrived at Shrewsbury, winning promotion from League Two and making the PFA Team of the Year.

His displays for Brentford saw him collect Player of the Year awards in his last two seasons there before Stoke came calling in 2018.

It was a big move. But Rowett – who had quickly made him captain – was sacked six months later.

Current boss Michael O’Neill, who succeeded Nathan Jones in November, admitted the Norton Canes-born player was probably a casualty of the managerial changes.

“I’ve seen his comments – he’s probably right in a way,” said Woods. “I don’t want to come across as a victim, but it probably did take its toll. Managers came in, things happened and things got said – in the end it didn’t work out.

“It’s strange. The club paid a lot of money for me. I came in and played every week under the manager here – he made me captain after three or four games. That showed the belief he had in me really.

“If every footballer is honest, they thrive under that commitment and someone who wants you to do well.

“After that, things didn’t really work under the previous manager [Jones]. Michael O’Neill came in and was really honest with me from the start – that’s what I said I wanted. I played the first six games. I didn’t feel I did too badly. It just kept being a bit of a vicious circle. It didn’t work out the way I and, I’m sure, the club wanted it to.”

You can see why working again with Rowett held such appeal.

Woods said: “He’s been brilliant for me. We’ve got a good relationship, otherwise this move probably wouldn’t have happened either.

“As the lads have said in press conferences, he has been tactically very good here.

“I thought he was unfortunate at Stoke [to be sacked]. But it is what it is, football is a very harsh business and things happen.

“We weren’t in too much of a bad position. We weren’t scoring many goals but we were keeping a lot of clean sheets. We were only something like four points from the play-offs around Christmas time – it’s not a bad position to be in.

“If you ask him now I know he’s very happy here and wants this club to do as well as possible.”

Woods has played every minute since arriving – apart from sitting out the FA Cup tie against Sheffield United due to playing in the competition already for Stoke.

Rowett has spoken frequently about wanting the option to sign loan players on a longer basis.

“At this moment you take it as it comes,” said Woods. “We’ll assess the situation again in the summer. If that can happen, then great.

“But if it can’t then I’ve got a contract with Stoke.

“It [playing regularly] is exactly what I came here for. The lads have been brilliant, the whole club has.

“I want to play as many minutes as I possibly can.

“I haven’t played a lot of football over the past eight months. I want to get back to the level that I know I can be at.”