Millwall Sport
22nd March 201921st March 2019 Richard Cawley 0 Comments
BY RICHARD CAWLEY
richard@slpmedia.co.uk Ryan Tunnicliffe has revealed that he was fighting back the tears after Millwall’s FA Cup dream was ended on Sunday.

The Lions were just seconds away from sealing a semi-final slot only for David Martin’s mistake to take their last-eight tie with Brighton into extra-time.

Tunnicliffe, 26, stuck away his penalty in the shootout but the South Londoners bowed out 5-4.

If things had worked out differently, the former Manchester United youngster could have been facing Pep Guardiola’s Manchester City at Wembley.

Tunnicliffe, capped by England at U16 and U17 level, has never played at the national stadium before.

“It’s not just the fact it was a game at Wembley,” said Tunnicliffe. “It’s also the fact it was an FA Cup semi-final. That doesn’t come around to often, unless you are one of the top four Premier League teams.

“For someone like us, Millwall, to get through would have been one of those things you tell the grandkids about when you’re older. 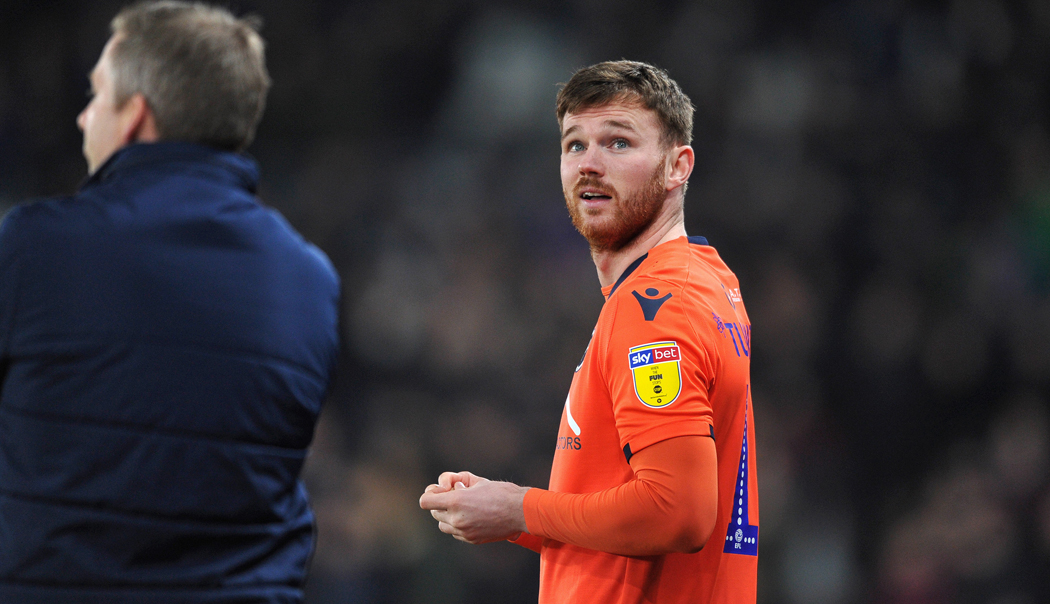 “I was really, really devastated. I felt I had to hold the tears back a little bit – for the first time in my life – when I was clapping the fans. I’m not really an emotional kind of guy. But to probably be 30 seconds away [from Wembley], it was so cruel to take. All the fans were gutted. So to see them all clap us off, because they appreciated what we did on the day, it did get me a bit.

“If we had got through we’d have seen on the draw that we had got City, who are definitely the best team still in the competition. It would have been a good experience.

“To go and play them on such a big and nice pitch would’ve been tough. I don’t think anyone would have backed us to get a result, but we’d have gone there having earned the right to be in a semi-final. We’d have given it our best shot. Who knows what could have happened?”

Setbacks are part and parcel of being a footballer. Now Millwall’s players have to focus on the ultimate aim – securing Championship status for the 2019-20 campaign.

“A lot of us have been in the game for a while now,” said Tunnicliffe. “People know that stuff like this happens. We can’t dwell on it, because we have got nine massive games to stay in the league.

“You can’t let the disappointment linger. It would’ve been great to play in the FA Cup semi-final, but it wasn’t to be. We dust ourselves off and  can take pride in our performance. We proved in that game, and the Birmingham one, that we’ve got more than enough to stay in the league. We have to build on that.”

Millwall goalkeeper David Martin apologised on Twitter for the mistake which saw Solly March equalise for Brighton. The experienced stopper fumbled the Albion sub’s free-kick into his net.

“It’s quite cruel on him because if you look through the course of the game he made some good saves,” said Tunnicliffe. “He was coming for crosses and corners and either catching them or getting touches.

“It is part and parcel for goalkeepers, if they make a mistake it usually ends up in the goal – which is horrible for him, because he was great during the game but not everybody will remember that. It was a good performance against a very strong Premier League side. We held our own for most parts. In extra-time it got a bit tiring, because we’d done a lot of running, but we still took it to penalties. Over the 120 minutes I thought we deserved to go through.

“Mahlon [Romeo] had a great chance in extra-time to score, it’s not like we were constantly penned in. Once you get to penalties it is the luck of the draw – 50-50.”

Tunnicliffe is out of contract in June but has already stated he is keen to sign a new deal with Millwall.

“The gaffer and I did touch on it a couple of weeks back but it is probably towards the back of his priorities, because we have to stay in the league first and foremost,” he said. “I’m sure when all that is out of the way then we’ll speak about it, if there is a new deal. And if not, that’s that.”