Neil Harris has named four players who are the priority to get minutes in Sunday’s pre-season friendly at Gillingham.

The Lions fly home from their Portugal training camp at the end of this week and played two fixtures out there – against Fleetwood Town and SC Braga.

Millwall have three friendlies left before the start of the Championship season with a trip to Southend on July 24 and then a home game at The Den against Spanish side Real Sociedad. 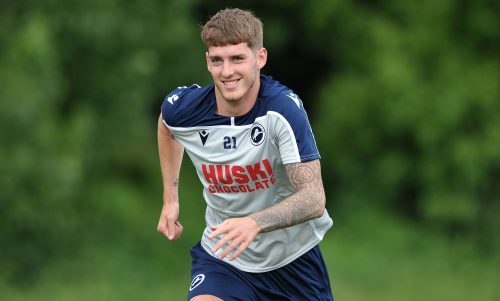 “They are four who have had less minutes than everybody else because of injuries or coming back from international duty, in terms of Jon Dadi and Shane.

“So they will be getting those minutes in the first two games – that’s key – and then sharing minutes for everybody else.

“Going into the Real Sociedad game it won’t be my strongest side for when we go into the Preston match – but it will be a lot nearer to the team for that one.”