That’s the verdict of Paul Robinson, who played with the Lions’ all-time goalscorer as well as being brought into his backroom coaching team in the summer.

Harris quit as Millwall manager on October 3 and the South London outfit are in the process of finding his successor. It looks to be a choice between three men – caretaker boss Adam Barrett, Wycombe’s Gareth Ainsworth or ex-Birmingham and Stoke chief Gary Rowett.

Robinson has stepped up from his role as U23 assistant manager to provide support for Barrett – and will once again help prep the side for tomorrow’s derby at Brentford.

The 37-year-old played 361 times for the Lions, scoring the League One play-off final winner against Swindon in 2010.

Harris had spoken about Robinson coming back to Millwall once he hung up his boots.

“Neil was massively instrumental in that happening,” said the Barnet-born former centre-back.

“Millwall is a place I knew I wanted to work but Neil being the manager at the time made that process a lot smoother. It gave me the confidence it was the right move for me.

“We’d kept in good contact. He kept the door wide open for me. But when it was time for us to have a chat, and there was an option there to come back, he made that happen.

“It was not only words in the past, it was something he turned into actions. I’ll always massively appreciate that.

“I think he’ll have some very attractive offers. I couldn’t recommend him any more to be in charge of someone’s football club.

“His reputation and the job that he did here speaks for itself.

“I spoke to him late last week and he said he had just been sleeping a lot. I think it had all finally caught up with him, you can switch off a bit. He was catching up on some much-needed rest. He’ll be driving his missus Clare mad in the next few weeks. That football bug will be back very soon.

“He has completed all the legacies – as a player and as a manager.

“You look at his playing career here – the promotions, playing in Europe and the FA Cup final. That’s just as a player. Then he carried on that success and winning desire as a manager – the play-off final twice, one victorious, two FA Cup quarter-finals and an eighth-place finish in the Championship.

“To see a young English manager achieve success is nice. Maybe in the more distant past a manager like that might have got another opportunity higher up the pyramid. Football nowadays doesn’t seem to necessarily work that way.

“He left the club in a much better place than when he took it over. It’s in a really good place for someone to take it forward.

“I was gutted to see him leave but I respect his decisions. They tell you to expect the unexpected in football.

“It was a bit of a shock. I’d not been here long and Neil brought me in.

“Football moves on. The day after was a Friday and I was in helping Adam for the game against Leeds. You haven’t got any time to dwell on it. We knew we were straight into that.”

Barrett was appointed first-team coach in March 2017. Now he could become the full-time manager with the shortlisted candidates sitting down with Lions owner John Berylson before the weekend.

“What’s good is that he has been at the club for a while now,” said Robinson. “He understands what is needed to be successful.

“You need to understand the identity of the club and how it is. We’ve seen managers before who haven’t quite got to grips with that. 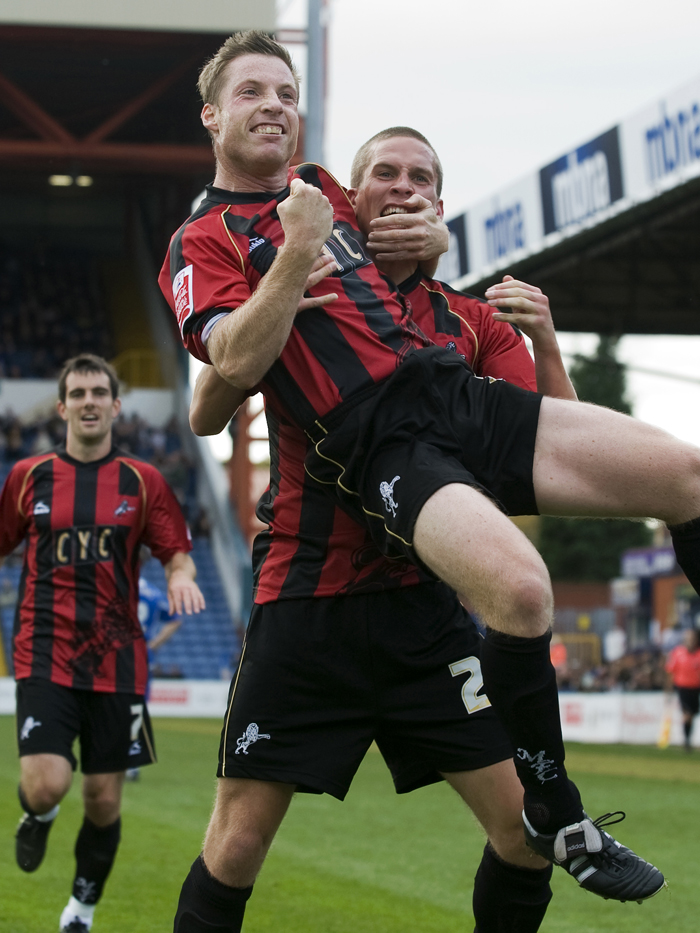 “The way he has stepped in and handled the players – dealt with the situation [Harris leaving] and managed the [Leeds] game – he’s been excellent.

“With the events of the 24-48 hours before Leeds, the players deserve great credit for how they dealt with it emotionally. When a manager leaves everyone knows their situation is under review and up in the air.

“The players knew that. They maintained emotional control and put in a performance like they did.

“They took ownership of the performance, we were only there to guide them on the day.”

Six of Robinson’s 12 seasons as a Millwall player were spent in the second tier – as well as coming through the academy system.

He is well-placed to comment on what is an attainable goal for the SE16 outfit.

“Millwall in the Championship are going to be up against it in terms of the size of clubs in the division and the size of finances,” said Robinson.

“Every year that disparity gets bigger. The difference is absolutely phenomenal when you look at clubs coming down from the Premier League and what they spend.

“The Millwall challenge is to punch above their weight, harness that underdog spirit but also remember that there are some very good players here.

“What you’d want to create here is what the players said when they got to the First Division, now the Premier League, in the 1980s.

“They were tough and worked hard, all the qualities that epitomise Millwall. But they would also say that flipping heck they were good players as well.

“That’s what we’ve got to build with young players coming through along with some that have experience.”