Where would Millwall be if a football match finished after 85 minutes? A fair bit closer to securing Championship survival after the Lions’ last-gasp vulnerability once again reared its head at the Riverside.

Jordan Hugill’s 90th-minute penalty means the last four league goals that Millwall have conceded have all come in the final four minutes.

Kayden Jackson’s consolation for Ipswich Town did not prove costly, but goals from Blackburn duo Joe Nuttall and Adam Armstrong robbed Millwall of a point and Hugill’s strike at the weekend turned what should have been a thoroughly-deserved victory into a somewhat disappointing draw.

Neil Harris’ side are six points clear of the relegation zone, but the gap could, and probably should, be much wider. 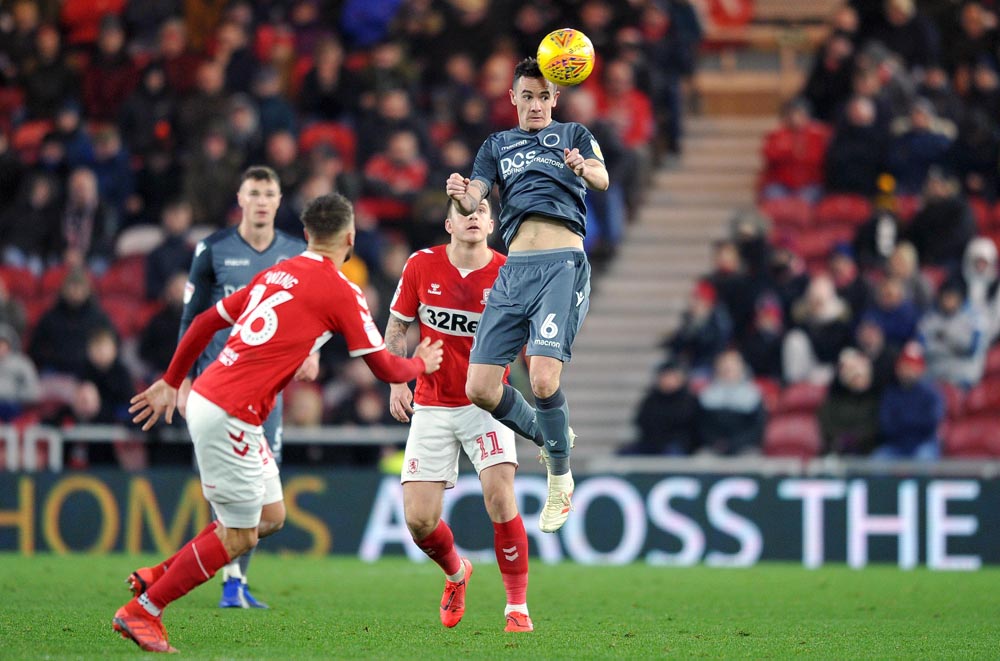 Conceding late goals has been a problem all season, with Middlesbrough now having benefited on two separate occasions. On the opening weekend, Millwall looked to be cruising to victory, only for Martin Braithwaite and George Friend to score in the 87th and 90th minutes respectively.

On Saturday, it was Hugill repeating the trick as he rolled home from the spot after Steve Morison was rightly penalised for bundling over Daniel Ayala at the back post.

Why are Millwall so fragile in the closing stages of a game? Unlike on the opening day, when Middlesbrough built up a head of steam when they chased down a two-goal deficit, this was not a case of Millwall wilting under relentless pressure. 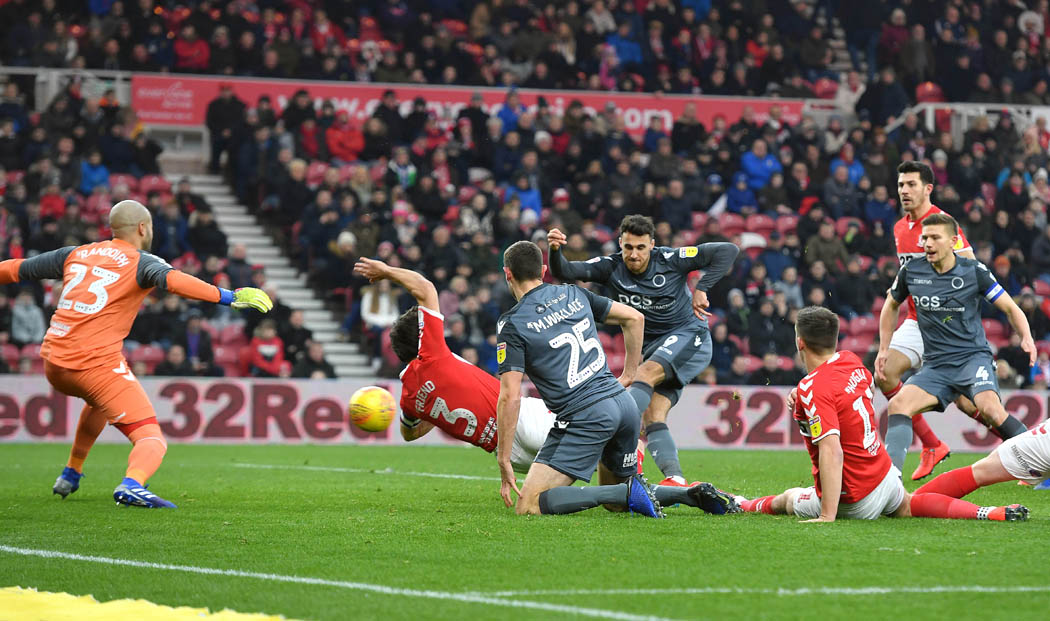 Boro hardly created a chance after Jed Wallace broke the deadlock midway through the first half, and the game looked to be up long before Morison put his hands on Ayala’s back. Jordan Archer made a decent first-half save from Jonny Howson’s diving header and did well to parry Lewis Wing’s fiercely-hit second-half shot, but the Millwall goal was hardly inundated by sustained opposition attacks.

Fitness shouldn’t be an issue, despite the relentless nature of the Championship programme, so the likeliest explanation is that it is a lack of mental fortitude that is holding Millwall back. Harris’ players have spent so long scrapping around towards the foot of the table, do they really believe they can beat teams involved in the promotion race? 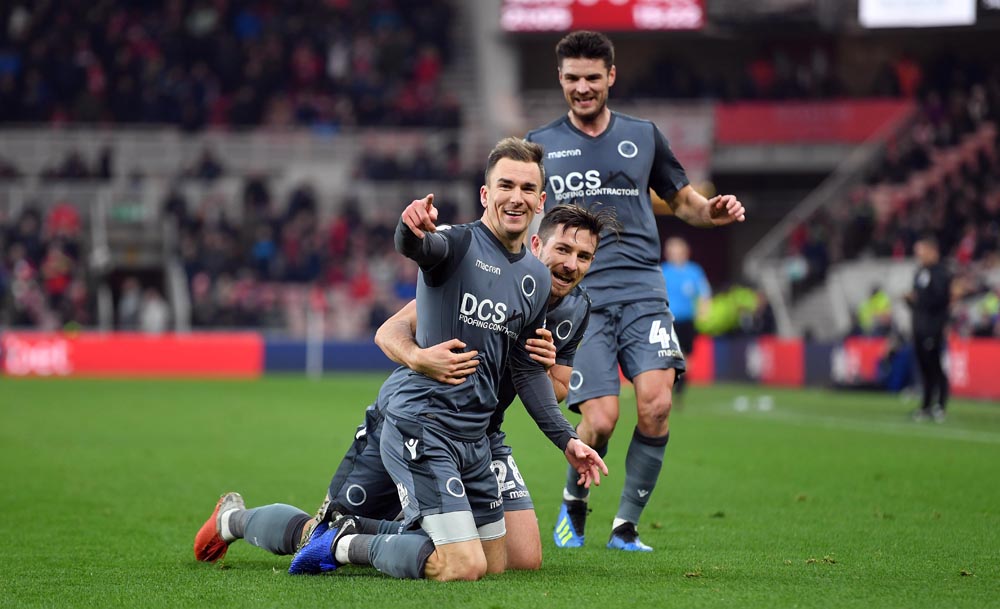 There was a sense of fatalism about the way Saturday’s game concluded, although given his extensive experience, 35-year-old Morison should still have known better than to needlessly push Ayala. Harris questioned the award of a spot-kick, but at the very least, Morison gave referee Keith Stroud a decision to make when there was sufficient defensive cover for him to have allowed Ayala to meet Stewart Downing’s right-wing cross.

Hugill gave Archer no chance from the spot, and Millwall were duly deprived of what should have been arguably their most impressive win of the season. Middlesbrough have spent all bar three days of this season in the top six, yet the Lions outfought and out-thought them for the vast majority of the game.

Millwall’s first-half performance was especially impressive, with their counter-attacking approach causing a succession of problems. They were extremely well-drilled in defence, regularly pulling eight or nine players behind the ball, but broke with pace and purpose whenever the opportunity arose.

Lee Gregory, an impressive leader of the line all afternoon, should have broken the deadlock as early as the 10th minute, but when the ball dropped fortuitously after the Middlesbrough defence failed to clear a corner, the striker shot straight at keeper Darren Randolph from the edge of the six-yard box. 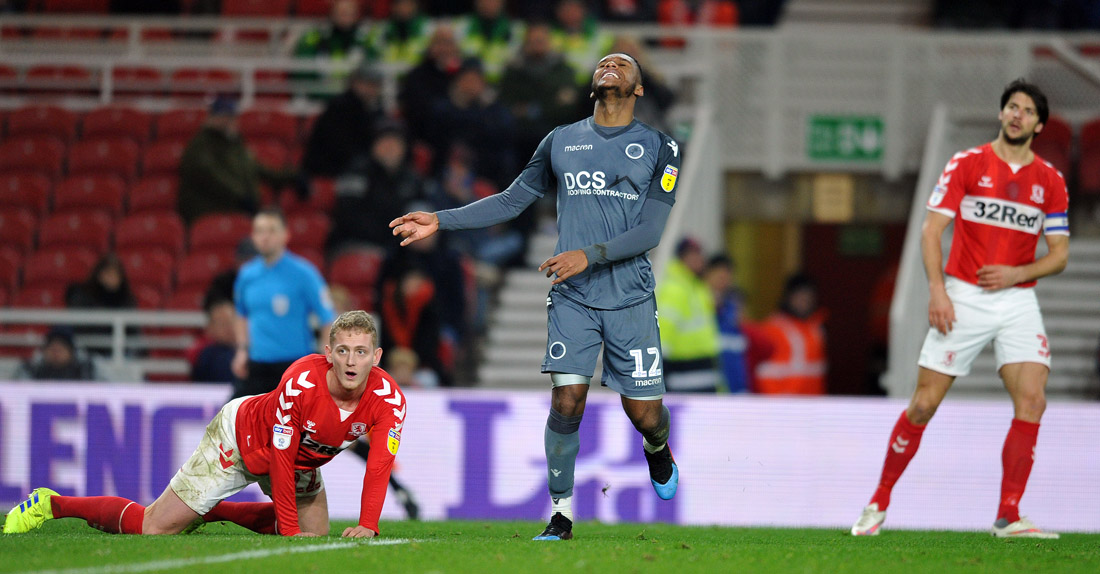 If only he had displayed similar composure towards the end of the game. Millwall spent most of the second half sitting deep in their own half, but an 87th-minute break should have settled things.

Ben Thompson’s long ball released Wallace into the left-hand side of the area, but he dragged his shot wide of the right-hand post.

It did not look a costly a miss at the time, with Millwall still in the ascendancy, but its full effects became clear three minutes later when Morison fouled Ayala.

Hugill’s goal was cruel, but given Millwall’s recent record in the closing stages, hardly without precedent. The Lions are not playing like a side plagued by relegation concerns, but that is what they will remain unless they stop shooting themselves in the foot as the clock ticks towards the final whistle.