BY RICHARD CAWLEY AT THE DEN

In the end the only victory for Millwallwas that they managed to get Sunday’s game on.

Storm Ciara left a trail of devastation as it hit the UK – the country’s transport system predictably brought to a standstill.

Manchester City’s Premier League fixture against West Ham United at the Etihad Stadium was called off.

Ciara has been directly involved in more postponements across Europe’s top five divisions – plus the Dutch Eredivisie – than any other storm.

But the Lions were determined that their Championship match went ahead.

It was wet and wild at The Den but the match was a much better spectacle than you had any right to expect.

There were a couple of moments of farce – West Bromwich Albion struggling to take an early corner kick as the wind, which gusted to 90mph in some parts of England, repeatedly taking the ball out of the quadrant.

And there was also a fair bit of hands being raised in apology as passes went astray in about the most testing conditions possible.

But you also couldn’t deny that there was some decent football played. The bad news, from a Lions perspective, was that most of it came from Slaven Bilic’s side. 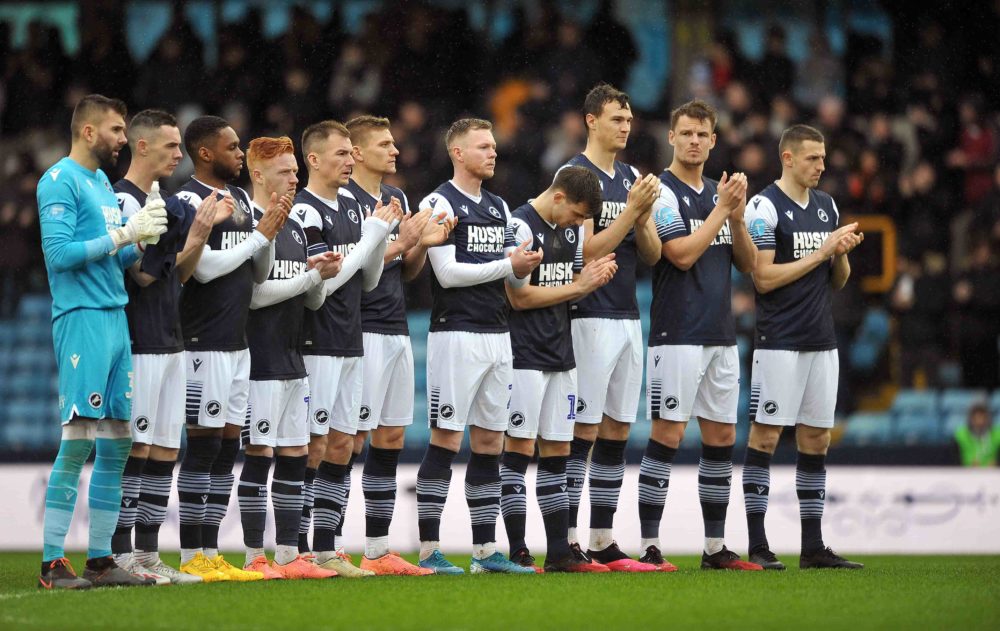 No wonder the Baggies manager was left purring by the performance.

As Ciara whipped aggressively across a pitch that has long since lost its early season lustre, West Brom’s players settled into the task ahead of them impressively.

They could have gone ahead in the opening stages but Matheus Pereira’s shot came back off the base of the left upright.

The league leaders moved in front just before half-time as Filip Krovinovic stepped inside Mahlon Romeo and produced a lovely finish into the bottom right corner.

While Millwall laboured, West Brom had that ability to create something in the space of one or two scalpel-sharp passes. Hal Robson-Kanu produced an improbable miss in the 48th minute that would have ended any doubt about where the points were heading.

Lions manager Gary Rowett conceded afterwards that he picked a team which he felt suited the weather – rather than the one he would have selected normally. He has had joy with substitutions but the introduction of Connor Mahoney, Jon Dadi Bodvarsson and Tom Bradshaw made no difference this time. 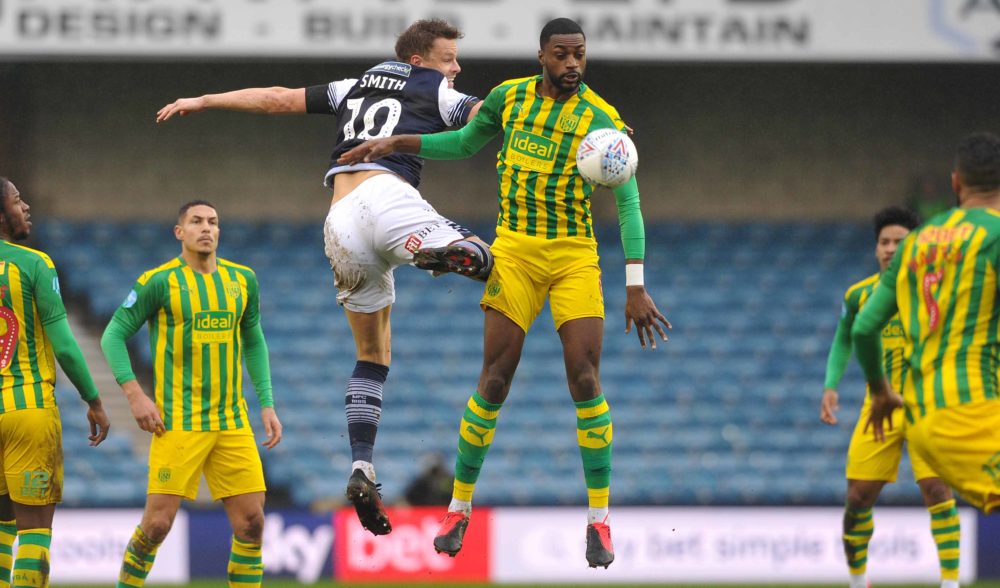 Millwall looked a spent force and the Baggies ensured they would not be denied what they rightfully deserved as they added another goal in the 84th minute from a Kamil Grosicki corner.

Dara O’Shea’s near-post run gained him a yard on Bradshaw and his flicked header squeezed past Bartosz Bialkowski.

The best hope for the Lions was that they could make a deadball moment count – and they won a fair number of free-kicks on the edges of the West Brom penalty area.

Jed Wallace forced a flying save out of Sam Johnstone from a late free-kick but the visitors defended well.

Millwall’s hopes of finishing in the top six are not over yet. They are 10th in the table but only five points behind Preston North End, who occupy sixth spot.

They need a big result against Fulham tomorrow evening to boost their hopes of extending their campaign beyond 46 matches.

Rowett will know the strengths and weaknesses of his squad better than anybody.

Only Swansea have scored fewer goals out of the clubs in the top half. 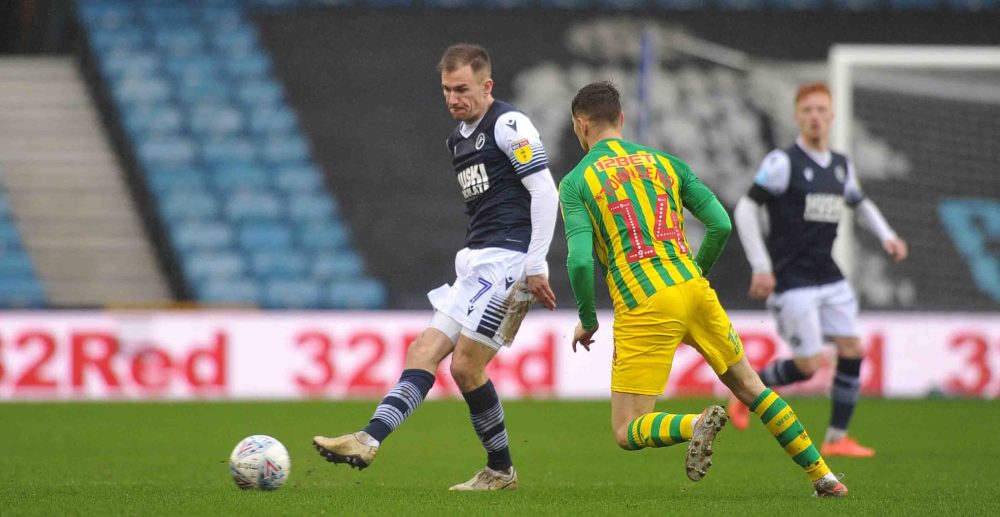 There is a huge reliance on Jed Wallace to make things happen in the final third. And opposition teams know that.

Millwall’s defensive set-up has not been a major issue.

Sunday’s match – on a testing surface with Ciara adding extra devil into proceedings – meant it was a day for attackers to relish and defenders to endure.

West Brom have top offensive operators at this level in the shape of Pereira, Robson-Kanu and Callum Robinson. Bilic even had the luxury of bringing on Grosicki, Matt Phillips and Charlie Austin.

They made that extra class tell at the weekend in a display worthy of potential champions.