Adam Barrett admits that his Millwall future is up in the air – but is happy to take on a caretaker role at the Championship side until they resolve their managerial situation.

The Lions began the process this week of interviewing candidates after long-serving boss Neil Harris stepping down last Thursday.

Former Southend United defender Barrett has been linked with the vacancy at Roots Hall but could also come into the equation at Millwall. He is respected highly as a coach.

“The last couple of times when the [Southend] job comes available my name seems to get thrown into the hat,” said the 39-year-old on Tuesday morning. “But I’m fully focused on my role here. I’ve been told to take this team and that’s what I’m going to do until told otherwise.

“Of course there’s that little bit of uncertainty but I’ve been in the game long enough now. I’ve got no problem with that.

“I see myself managing, that’s where I wanted to go when I retired. I feel I’m ready to be a manager, but no I haven’t had those discussions yet.”

Barrett was assisted by U23 manager Kevin Nugent, pictured below, and U23 assistant boss Paul Robinson. 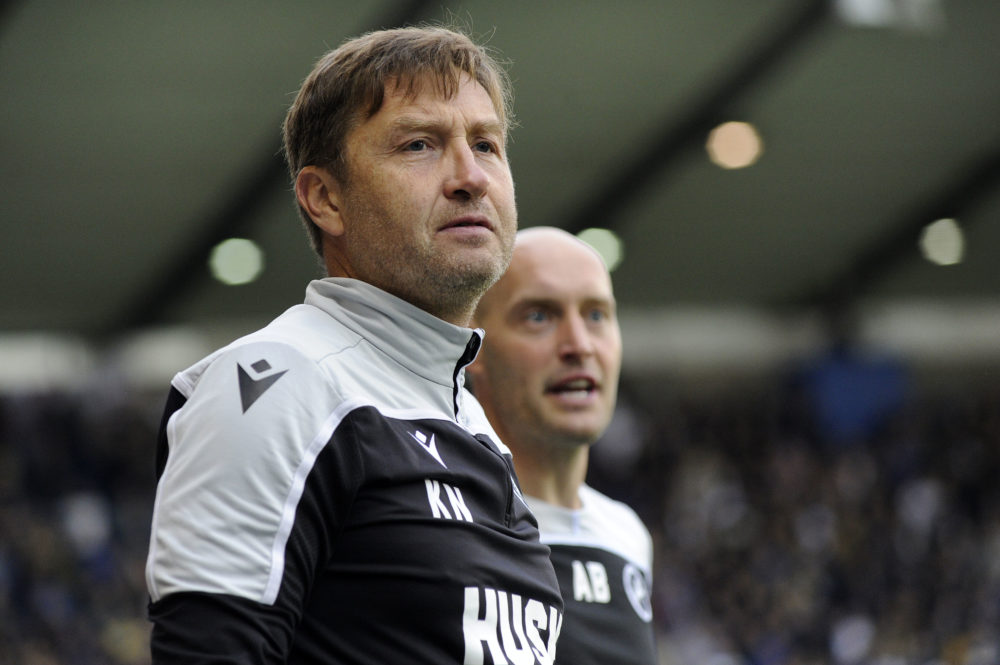 Nugent, 50, has had caretaker spells in charge of Swansea, Leyton Orient and Charlton – taking seven points from a possible nine at the latter following Russell Slade’s departure in November 2016.

“I’ve known Kev a long time,” said Barrett. “When I was on loan at Orient many years ago he was the assistant manager to Russell. To have someone there who has been there and done it was great.

“And also to have Robbo, who everyone knows at the football club, I want their opinions. Their opinions are vital and their little bits of advice.

“It was a real team effort from everyone. And I’m talking all the staff – medical staff, sports science staff…everyone pulled together.”