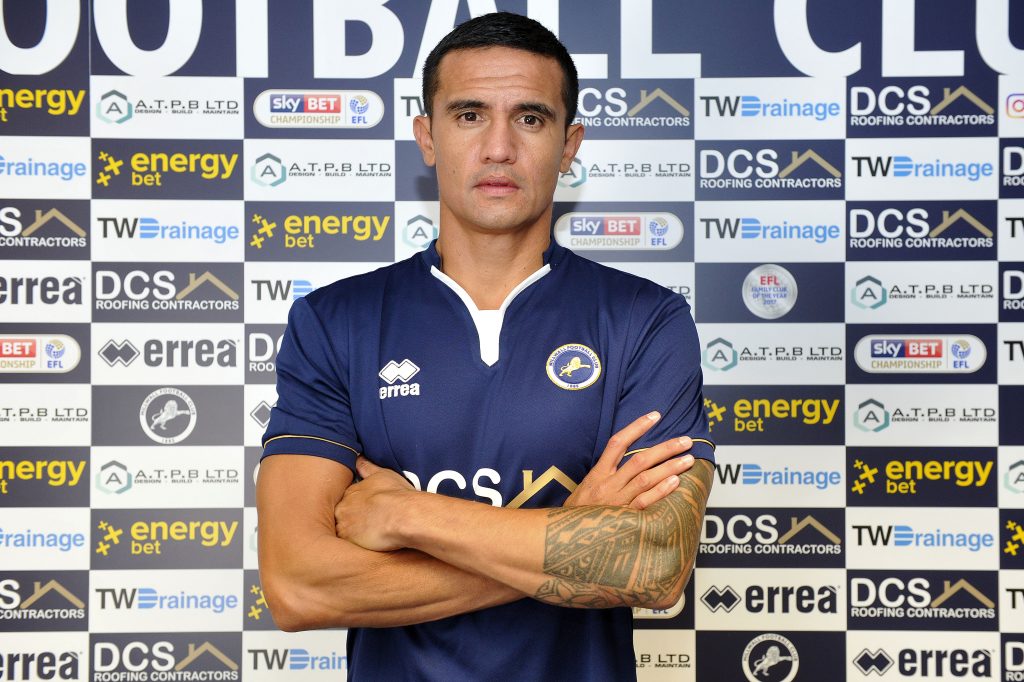 Tim Cahill is back where it all started – with Millwall confirming the signing of arguably their most popular modern day footballer this evening.

The 38-year-old attacking midfielder has joined until the end of the Championship season.

And Cahill is sure to get a rapturous reception as he makes an appearance pitchside before tomorrow’s home game against Derby County.

He will be eligible to feature for the Lions from Saturday’s trip to Reading.

Nottingham Forest were also interested in Cahill but it was always going to take something special for him not to head back to The Den once both parties had opened talks.

As we exclusively revealed on Friday, the Australian international flew into the UK as his return to SE16 became a reality.

Cahill is the third addition of the winter transfer window. Jason Shackell signed on loan from Derby County at the end of last week while the Lions also snapped up left-back Harry Toffolo from Norwich City earlier today.

There is no doubt that the return of the Sydney-born attacker – who scored 56 goals for Millwall and 68 for Everton – will be the one that generates most column inches.