The big striker beat Naby Sarr at the back post to head in Jed Wallace’s corner – just five minutes after being brought on for Tom Bradshaw.

It clinched a second straight victory at The Den for Rowett since he replaced Neil Harris as manager.

The Lions manager said: “All you want is good balls in the box. It’s a fine line. Because at times with Matt’s natural game you lose a bit of intensity and it allows the opposition a little more chance to come at you.

“But if you can get balls in the box, at that stage of the game, he’s fantastic.

“If you do a crossing and finishing session in training, he hardly ever misses – from anywhere within 10 yards. He’s such a clinical finisher with his head.

“He’s such an intelligent guy and picks up good positions. It was a good ball in and he just attacks it – shows a little bit more desire. It might look a bit like a foul but I don’t think it was.

“It’s good of Lee [Bowyer, to say there was no foul in his post-match press conference]. Sometimes managers will do that to give themselves a little bit of an excuse but he is a really honest guy. Matt just wanted to score.”

“It’s satisfying but it’s not some sort of genius – that I can see him coming around the back post and scoring. I was thinking ‘I’ve got nothing to lose, just get him on’. 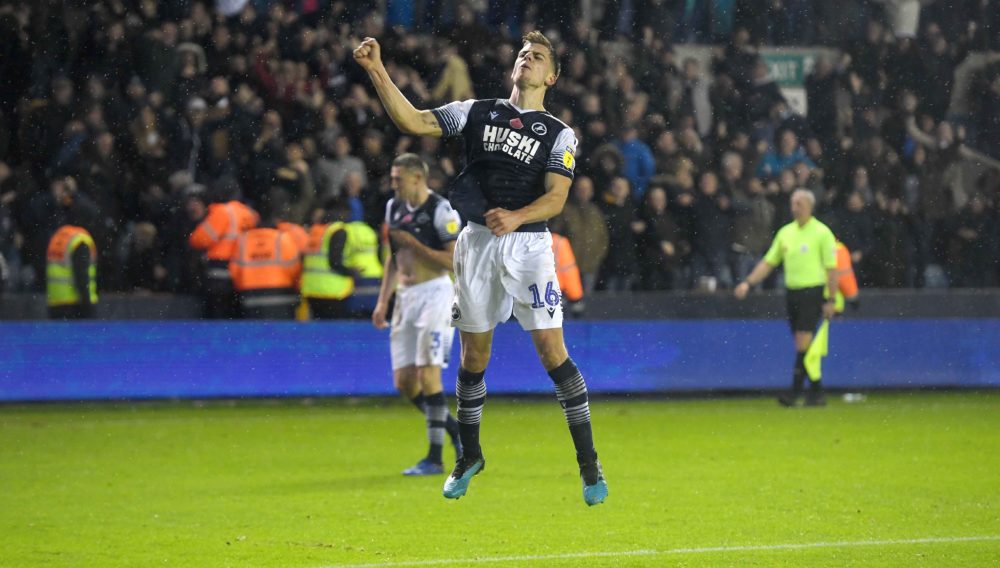 “You can think it is a local derby, and I don’t want to lose the game. And I maybe make negative changes. Or I think it’s a local derby and we’ve got to see if we can come up with something different.

“We probably had a 10 or 15-minute spell where we didn’t create as much as we’d like and you always thought it might be a set-piece. It worked this week. I can’t guarantee it will work next week – or any other week.

“I wouldn’t say I felt pressure but there were a few reasons [to feel it]. One, everyone kept saying about 20 years….I really don’t need to know that statistic! I don’t want to be the manager who loses. And the chairman told me he flew over his five-year-old grandson, so he didn’t want to waste coming all that way on the flight and not performing. That was the most pressure I felt.

“It was a good way to end the game. The players have given us every ounce of energy they have got in the three games. Neil [Harris] has built such a good group to work with, I can only be thankful for that.

“We’re just trying to add our little bits to that. Some of the games they have done that. Some have been better but in others – for a 10-minute spell today we haven’t been as good for some of the things we want.

“We’ve got a lot of work to do but it is a positive start.”