Millwall manager Neil Harris felt his side should have had tonight’s League Cup tie wrapped up well before a late fightback by Oxford United.

The Lions lost 4-2 on penalties as they made a second round exit from the competition, but had led through Jon Dadi Bodvarsson’s double with only three minutes of normal time remaining.

Bodvarsson and Shane Ferguson both failed to convert – the latter hitting the top of the bar while Eastwood saved the other attempt.

Harris said: “I’m gutted we lost the game because the performance deserved victory, and a clear-cut victory.

“It could have been four, six, eight [goals] – we missed chance after chance. It was a real dominant display by us.

“We should be out of sight and we haven’t killed the game. A deflected goal and a soft penalty really has cost us. I’m not really interested in the penalty shootout – the game is decided by that, but it is won and lost by the goals at the end.

“I’d say to my players it was an outstanding performance – goals scored and chances created from some real good play and a mix of play. There were some really strong individual performances by Billy Mitchell, Jon Dadi Bodvarsson and Jayson Molumby. 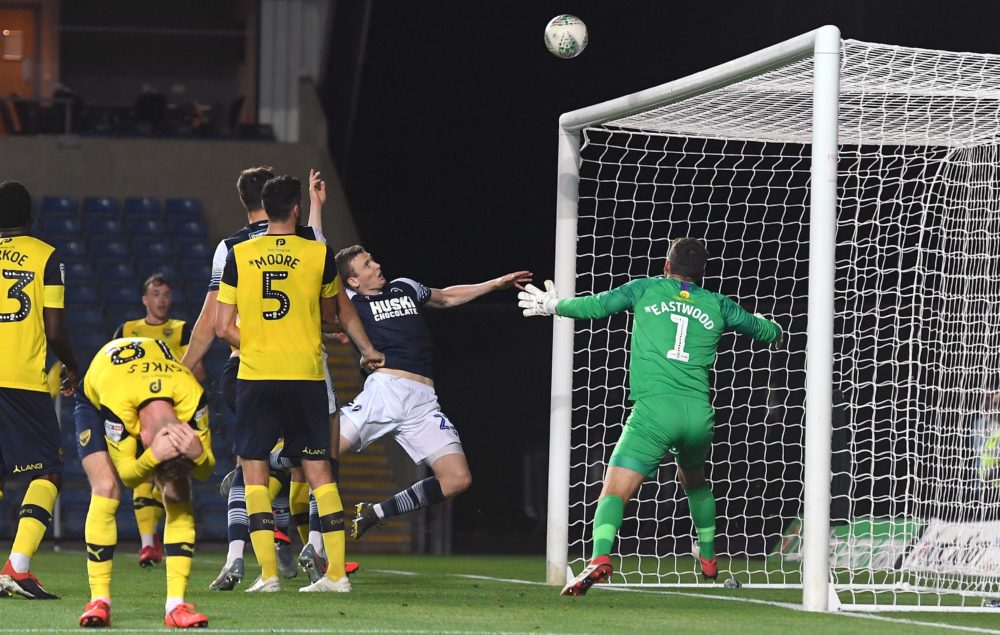 “But that’s not a winning mentality that you need to see the game out.”

“Jon came in behind everyone else and has had to play catch-up,” said Harris. “The last seven to 10 days he has started to look really sharp.

“Today he showed that ability. Jon Dadi is a worker – a channel runner. He’s a handful. He’s a little bit scruffy at times, he knows what he is – but he is a goalscorer.

“To have Matt Smith, Tom Bradshaw and Jon Dadi Bodvarsson on two goals already and all in form is really pleasing.”

“I wanted to play the diamond tonight – with the players I picked it suited them,” said the Lions boss.

“I’ve said all along that I’m going to keep changing systems and playing different players. I wanted to see how it worked tonight against Oxford’s shape.

“It worked for us with the ball – it’s tough without it playing with the diamond sometimes. We’ve only had 24 hours to work on it. It suited Billy Mitchell, Shaun Williams and Jayson Molumby.

“Billy on his full debut and Jayson on his second start were outstanding.”