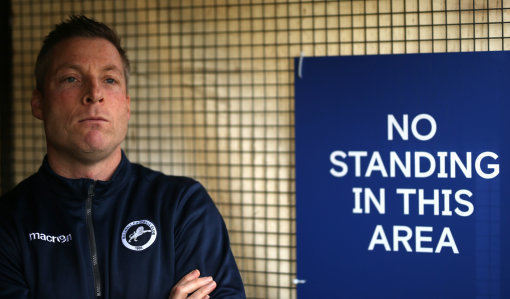 Millwall boss Neil Harris has laid into players who caused disruption in his squad this season after his side was beaten in their final home game of the campaign.

The Lions led up to the 76th minute thanks to Lee Gregory’s smart finish from a Steve Morison knock-down in the 41st minute.

And Gregory won a penalty in the 71st minute after being brought down by Max O’Leary. But Shaun Williams’ spot-kick lacked conviction and O’Leary redeemed himself by palming away and the visitors scored twice in the last 15 minutes to bag the points.

“The level of performance this season from some individuals has been nowhere near good enough,” said the manager. “There will be a lot of changes this summer.

“Some players have let me down and let the football club down. There is a lot that has come out that has made it difficult for us.

“We came eighth last season on the smallest budget in the division. We have been on two great FA Cup runs. We have got no chance next year if we do not improve.

“When I took over there were too many players on big money that did not care about this club. We are not going to end up in that situation again. We need to build a new squad with better players and better personalities than we have got.

“I know who needs to go and who needs to come in. Players get older. They get egotistical – that happens everywhere, not just here. Class is permanent, loss of form is temporary, but if they do not come out of that poor form, you have to change them.

“I want my group to show a commitment to the cause. I want them to be good in the dressing room and to be professional and to have a winning mentality and to want to learn. We have players who have not had that.”

One thought on “Millwall boss Neil Harris: ‘I will not accept the standard of play we have endured this year’”