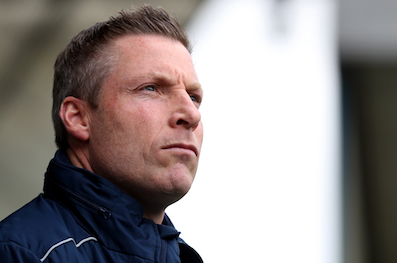 The Blues have been deducted nine points after incurring losses of nearly £49million between 2015 and 2018.

It means the Midlands outfit drop to 18th in the table – four points above Millwall and five clear of the Championship bottom three with eight games to play.

Birmingham have not had a future transfer embargo placed on them. They were more than £10m over the accepted level of losses – which breaks the EFL’s profitability and sustainability rules.

Aston Villa, Derby County and Sheffield Wednesday are also understood to be under threat of EFL sanctions.

Bolton Wanderers were in the High Court last week over an unpaid tax bill of £1.2million. Owner Ken Anderson got the hearing adjourned until April 3 – claiming he has a buyer who is ready to pay off the debts.

If they were to go into administration then there would be a points deduction, sealing their relegation to League One.

“I think Birmingham have got away with murder,” said Harris. “I think we were all led to believe that it would be a lot harsher punishment.

“The independent panel and EFL have let them get away with nine points. Is it a deterrent? Possibly. But is it if you are gambling tens of millions of pounds chasing Premier League football? I don’t think so.

“I think they have come down a lot harder on teams in the past that they see as breaking rules – like Leeds and Luton. But their decision is nine points.

“They have got to be strong moving forward because I think there are numerous other clubs in the same, or similar, position to Birmingham.

“They have to find a way to be strong and trying to find a level playing field and consistency in ownership of football clubs. They are not going to get that unless they enforce the rules.

“People come into clubs to invest money and have a go at the Premier League riches. They are coming without love for the football club. They are chasing the dream.

“They are going to want to invest money because they are chasing the dream, I understand that. But they are putting people’s football clubs at risk. Football clubs are there for the fans. The chairmen and managers are just custodians. Yes, we care. We want to give our all when we represent the club. But the fans are the lifeblood – they are the constant.

“Yes, they want success. And society dictates that you want overnight success. But the people in charge have to understand they are in a position of privilege to be involved with that club and have to do what is right for that club as well.

“Clubs being mismanaged need to be punished. It needs to be strong enough to make sure clubs are run in a proper and fit manner.”