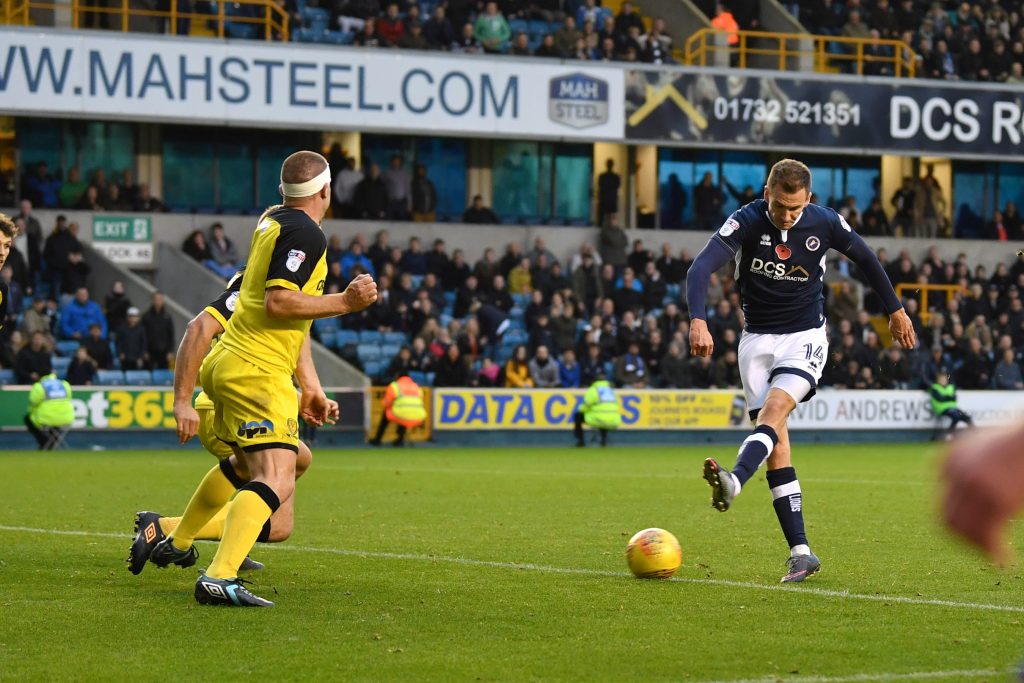 Jed Wallace’s return from suspension is a big boost for Millwall as they gear up to face Sheffield United on Saturday.

The two clubs were both promoted from League One last season with the Blades topping the table.

United have made an impressive start to life in the Championship – even a mini-dip in form still leaving them third in the standings.

Wallace has served his three-match ban for his hotly-disputed red card against Burton Albion.

Harris said: “Jed has been outstanding for us this year. Before his sending off he looked a little bit weary and the international break was set to be a benefit for him – that red card came at a bad time as he was going to get a break for a week before coming back in.

“He offers something completely different. He is a super player at this level. He plays with freedom and flair – the fans love watching him.

“He has got end-product – he can carry the ball 60 yards, have a shot and cross the ball. What he lacks a bit defensively at times he gives us so much .

“It is a big bonus having him back for a really tough game at the weekend.”