Lewis Grabban heads back to The Den tonight with Gary Rowett labelling the former Millwall man as “a top Championship striker”.

The Croydon-born forward came through the youth ranks at Crystal Palace before signing for the Lions in a £150,000 deal in January 2008

Grabban scored 11 goals in 70 appearances in SE16 before going on to be prolific at both Rotherham United and AFC Bournemouth.

The South Londoner, 31, scored 17 goals for Nottingham Forest last season and already has eight in this campaign.

“He’s a top Championship striker,” said Millwall manager Rowett. “He’s one, like many forward players, if you get them in the right environment and play them regularly then he’ll score lots of goals.

“He’s proven that over a long period of time. We hope that he doesn’t hit form on Friday. He’s one we’ve got to keep a close eye on.

“They have got some really good individual players. Some that they have invested really heavily in – but got really good quality – the likes of [Joe] Lolley, [Joao] Carvalho and Grabban, players who’ve got the ability to open you up.

“Away from home they seem to have predominantly favoured a counter-attacking style. They’ve been very, very strong defensively and very deep. They break from those deep areas but have got the quality to get up the pitch.

“They are a side who can do a little bit of everything well.

“We’ll have to make sure we’re on top of our game, like we need to be for every match.

“We’ve played three home games [since Rowett took charge] and not lost. Certainly I’d prefer the performance to be a little more Stoke-like [a 2-0 win] than Wigan [a 2-2 draw].”

Millwall’s only reverse under Rowett came at Reading. They have taken seven points at The Den under his stewardship as well as recording a first away victory of the campaign at Swansea City. 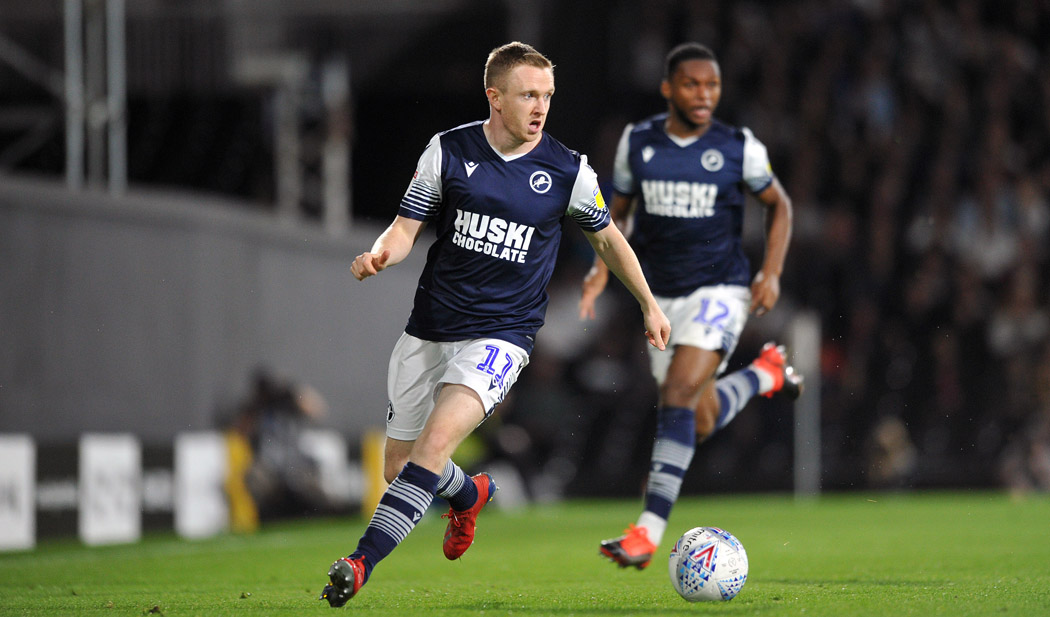 “We’ve had six games and learned an incredible amount,” said the Lions manager. “The aim was always to get a lot of players’ game time – look at a lot of them – but try not to compromise results.

“We’re one point off averaging two points per game – you don’t have to be a genius to work out that would probably get automatic promotion.

“Our form has been really good but six games, unfortunately, doesn’t take you a long way in the Championship. You’ve got to do it over a much bigger spread of games than that. We’ve got to keep working and improve the bits we think we can improve on.”

Ryan Leonard (knee) is facing another month out after feeling discomfort in a shooting test.

“He was doing some shooting at almost his end-stage rehab,” said Rowett. “He was due to train with the team this week and it would almost have been good to go – as quick as he could get fit he’d be available.

“He felt something in his knee – hamstring or calf area. It’s probably set him back three or four weeks.

“It’s a bit of a blow but something that happens at the end of an injury, sometimes you just nick something else.”

“Fergie is going to be a suck-it-and-see approach – if he can get back and able to manage what looks a slight cartilage injury,” said Rowett.

“If he can’t then we’ll have to look at it further.

“Jed [Wallace] has got a tight calf, Willo [Shaun Williams] has got a tight hip. It was like a scene from the Walking Dead last week, there were bodies on the training ground – quite a few players needing treatment.

“I’ve talked before about the size of the squad and when you impact a player like Fergie, who can cover two or three positions, it is like having three players out. That’s the challenge.

“Hutch’s is one of the most debilitating injuries. You can bruise your rib and almost not be able to walk. It’s a horrible injury. We don’t think he has broken anything. He’ll be a huge doubt for the weekend.”