Neil Harris was critical of his Millwall side’s decision-making in the final third on Saturday – accusing them of turning down shooting or crossing opportunities. But their finishing skills have arguably been an issue for a while.

One striking statistic is that the Lions have not scored more than one goal in their last 13 Championship matches. In that period they have won two – both at The Den – and drawn seven.
Defensively they are not doing a whole lot wrong if you take the 4-0 thumping at Fulham as an off night. Aside from that, they have only conceded more than one goal once since the end of March.
It was hard to know whether Saturday’s equaliser by Kamil Grosicki should go down as a freak finish or world-class vision. 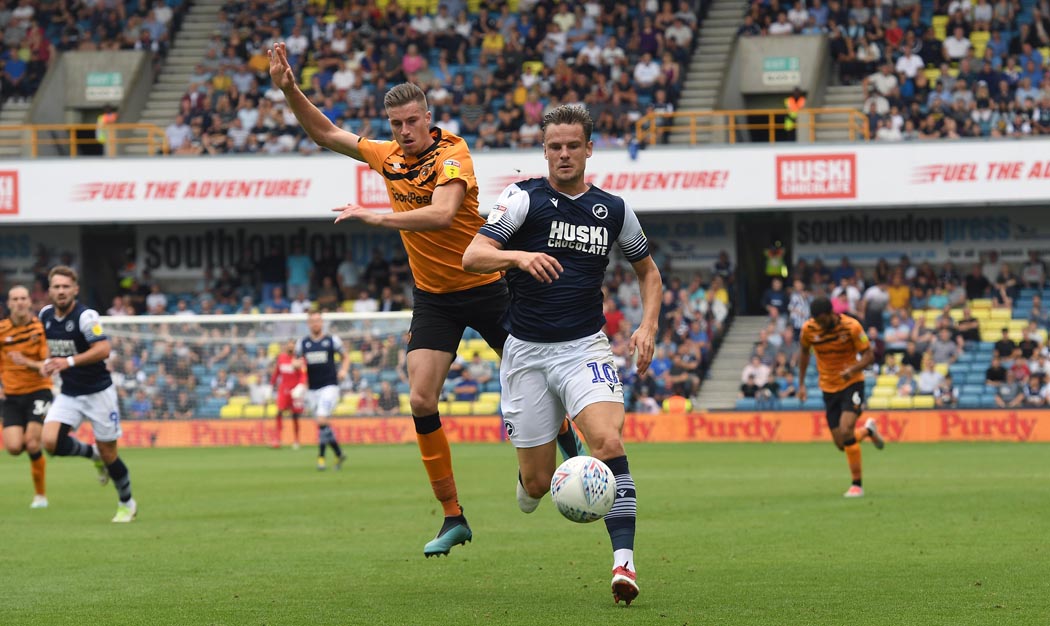 The  free-kick – near to the touchline and at least 35 yards out – looked like one that needed to be crossed in. Instead it dipped over Bartosz Bialkowski and into the top-left corner of the net.

“If Kamil was up here he would tell you he meant it,” said Hull boss Grant McCann. “It wouldn’t surprise me if he went for goal – because he scored one in training on Friday that was quite similar.”
Stunning – intentional or not. But it was surprising how much Millwall’s play went off the rails for the remainder of the half. Luckily Kevin Stewart miscued an absolute gift of a chance as Bialkowski only parried a Jarrod Bowen shot into his path five yards out. 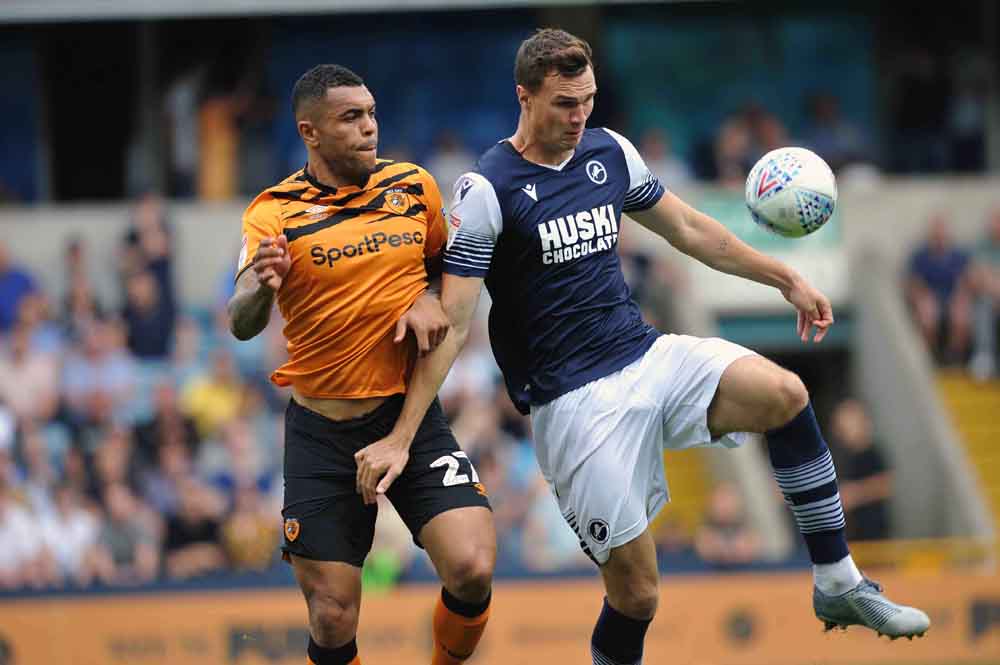 That was about it for notable chances for the visitors. But Millwall – despite being the team who dominated the second half and looked far more intent on not settling for a point – did not create enough considering the momentum they built up in the closing stages.

“Matt Smith is a disappointed player in the changing room, with the service he got,” said Harris. “Connor Mahoney had the best crossing stats in the division last season – that’s why I signed him – but he didn’t want to put the ball in the box.” 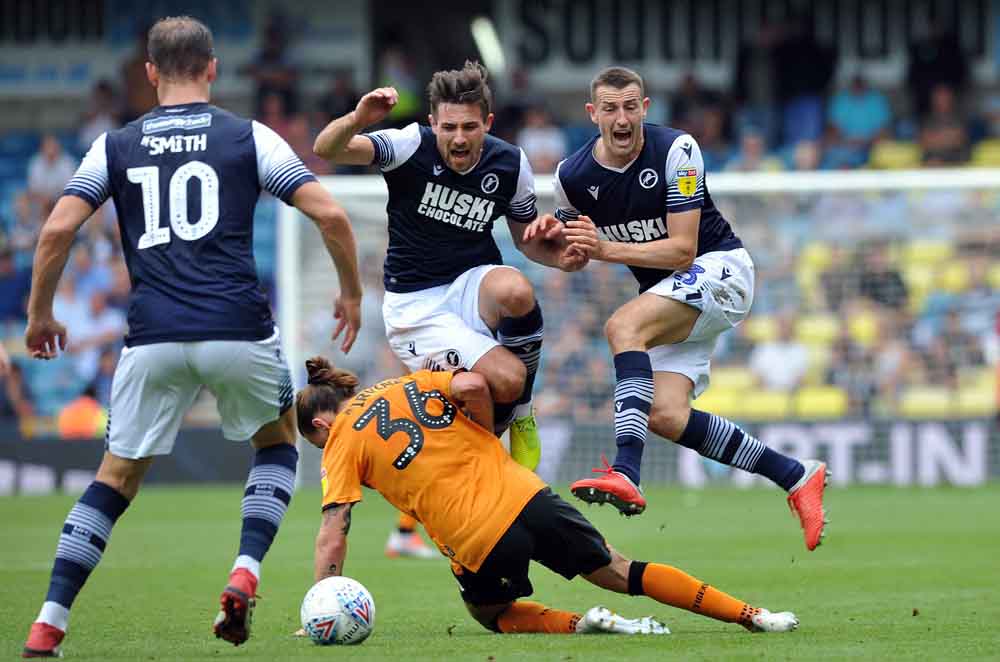 Mahoney was quiet, his only real contribution coming when he took corner kicks. Too many of them saw  the hosts penalised for fouls on Hull keeper George Long.

“We need more protection on our set plays,” said Harris. “We’re good at them – we practise them a lot. We’ve got good delivery and players who can attack the ball. Players have to defend the ball – not men. At the moment we’re not getting the rewards we deserve from it.” 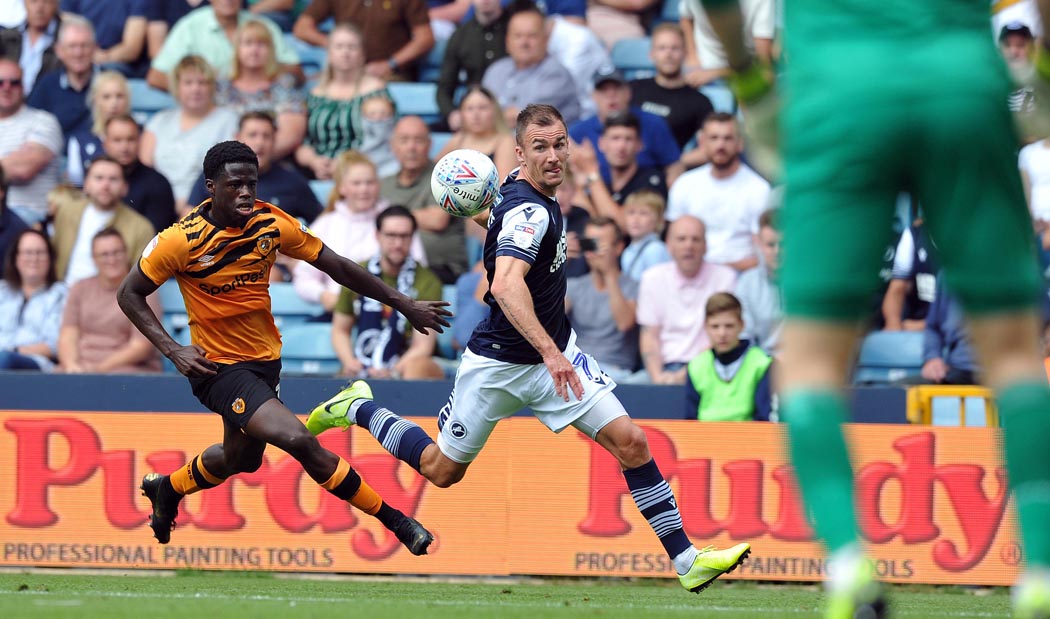 Jed Wallace, back from a three-game suspension, was head and shoulders Millwall’s best attacking outlet.

At times his eagerness gets the better of him. It was his attempt to regain possession that led to Grosicki’s free-kick, but you can never accuse Wallace of not trying to make things happen. 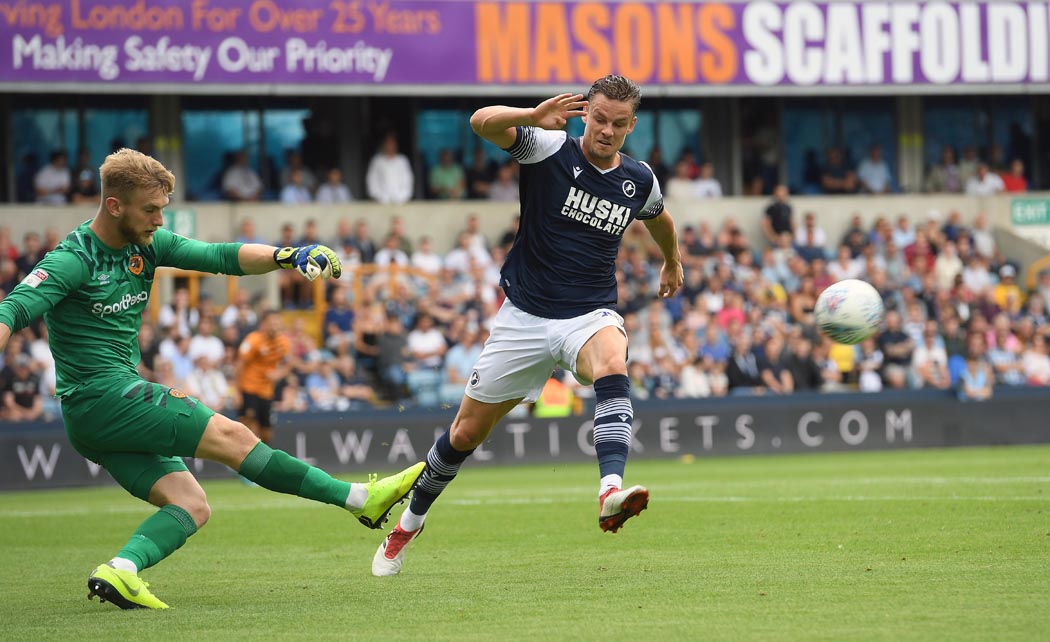 He stepped up to take on spot-kick responsibilities when referee Oliver Langford whistled for a foul by Reece Burke on Smith, striking down the middle for his second goal of the campaign.

Wallace’s movement is clever and he takes gambles. He underlined his pace and desire to break forward on to one pass by namesake Murray but unfortunately Leonardo Da Silva Lopes managed to block his cross.

The Millwall winger’s final stats showed two shots inside the box, one outside and four key passes. Wallace made 27 successful passes compared to Mahoney’s eight. 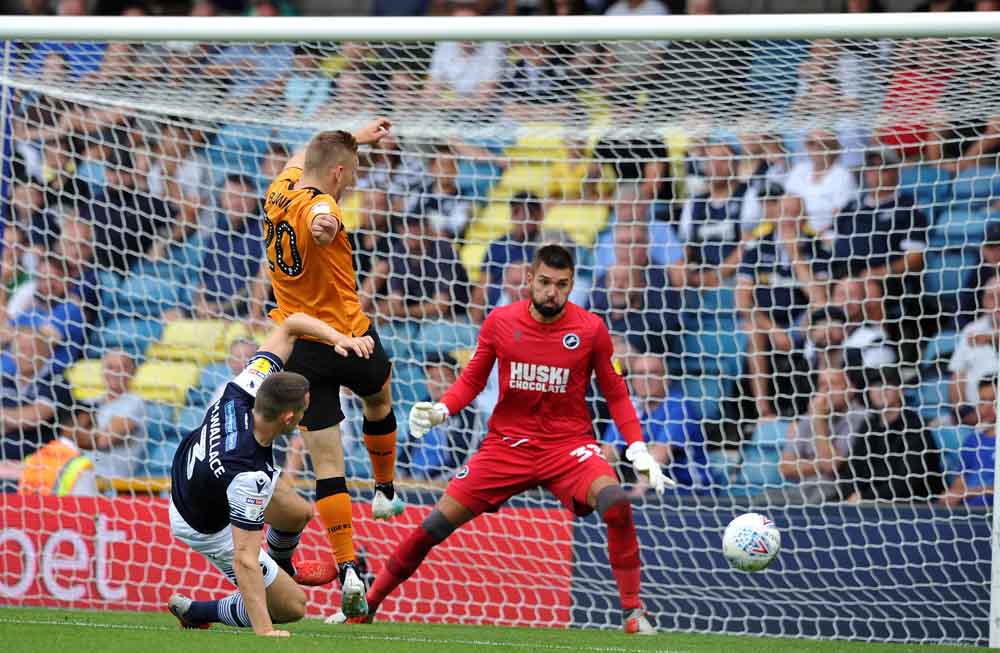 Shane Ferguson will always look to cross and it was no surprise that he was involved in Millwall’s best chance of the second half. Jon Dadi Bodvarsson headed back across goal for Ryan Leonard but the midfielder – who has only netted twice in 49 appearances for the South Londoners – could only nod wide of the left upright.

Alex Pearce met a deep Ferguson corner only for it to nick off a Hull player and go out for another flag kick. City defended well. 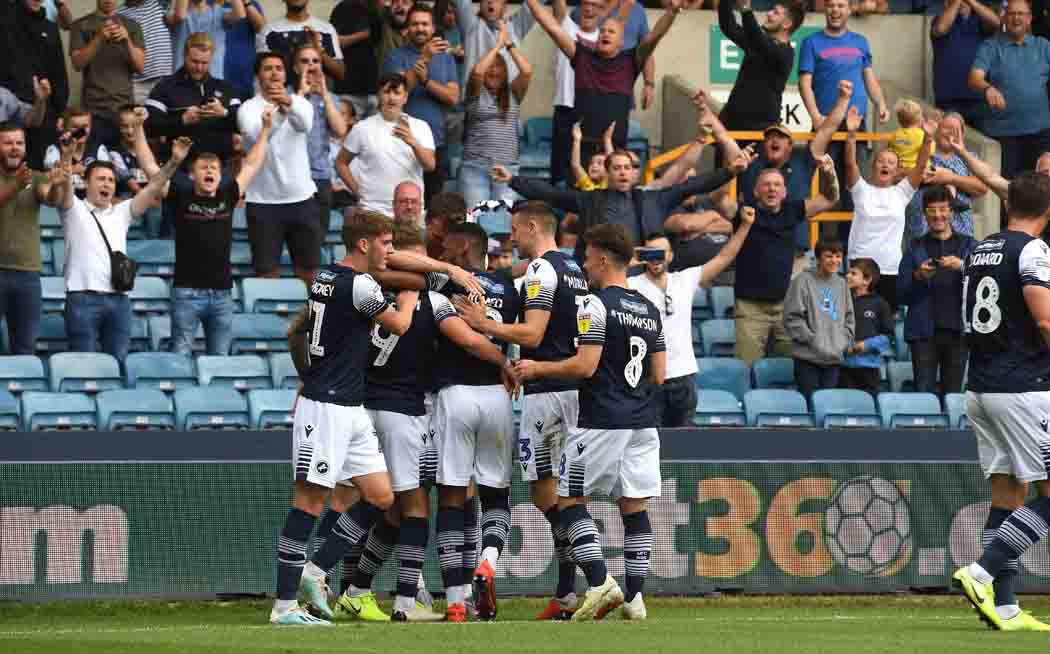 Hull’s first two substititions were enforced due to injury and Jon Toral, their final change, only lasted five minutes before he was also forced off with a knock.

Down to 10 men and already under siege, things didn’t get any easier when that became nine – former Charlton striker Josh Magennis saw red for two bookable offences. But his dismissal came in added time – and not enough of it for Millwall to make such a clear numerical advantage count.

The change in personnel over the summer has not produced an uplift in terms of goal return in the league – yet. It is still early days as the likes of Mahoney and Smith bed in. Bodvarsson has had limited minutes as he builds up his fitness, the same also applies to a degree for Tom Bradshaw.

It is a results business and Millwall can point to four more on the board than at the same stage of last season. They are also four places better off in the standings.  Finding a way to increase their scoring ratio is vital to staying in that mid-table zone.