A sumptuous finish from Ben Thompson and a second-half Jed Wallace penalty ensured Gary Rowett started life as Millwall manager with a victory against his former employees Stoke City.

Thompson opened the scoring on 28 minutes with his first goal since March before Wallace was fouled and then confidently thumped home from the spot to ensure the Lions’ fourth home victory of the campaign and their first win over the Potters for more than 16 years.

Millwall, who moved up to 15th in the Championship table, started brightly and Wallace went close to scoring his third goal of October on 16 minutes, but his spectacular curling strike dipped narrowly wide of the right-hand post, before his name-sake Murray produced an almost-identical finish with his weaker right foot, but he also found the wrong side of the post. 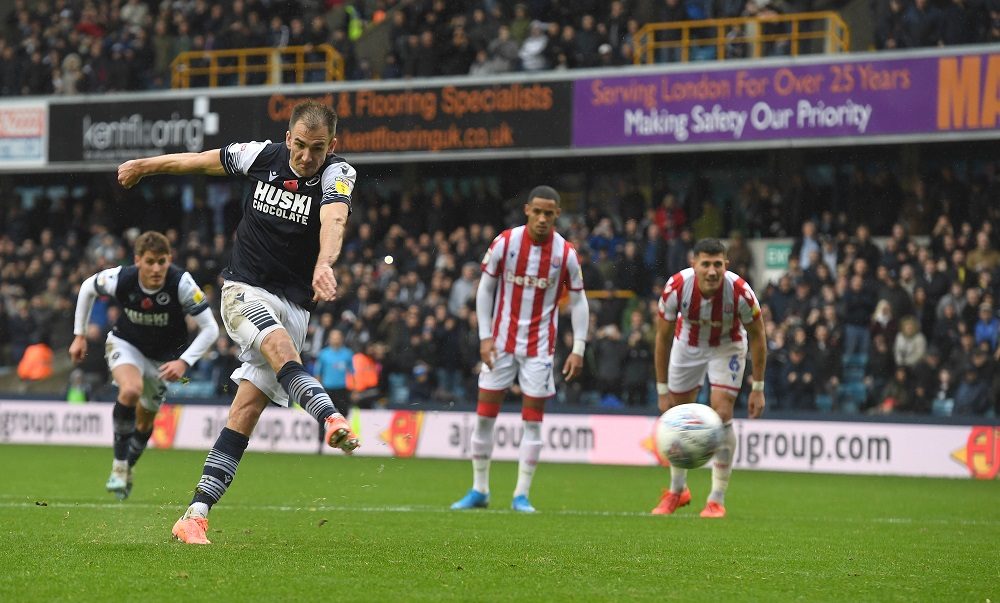 However, less than ten minutes later the Lions were in front and Wallace was once again at the heart of things. He combined well with Mahlon Romeo down the right before picking out Thompson with a powerful cross and the midfielder did the rest from 15-yards, expertly using the pace on the ball to volley home into the far corner for his first goal since March.

The visitors rarely threatened in the opening 45 minutes – with Millwall looking the likelier to add to their tally and that pattern continued at the beginning of the second-half as Wallace almost doubled the Lions’ lead in the 50th minute, but Adam Federici somehow got the faintest of touches to his powerful drive from just inside the area.

Stoke went down the other end and Lee Gregory almost came back to haunt his former side, but Shaun Hutchinson was in the right place to block his close-range effort after Tom Ince’s right-wing cross caused chaos in the Millwall box just before the hour-mark. 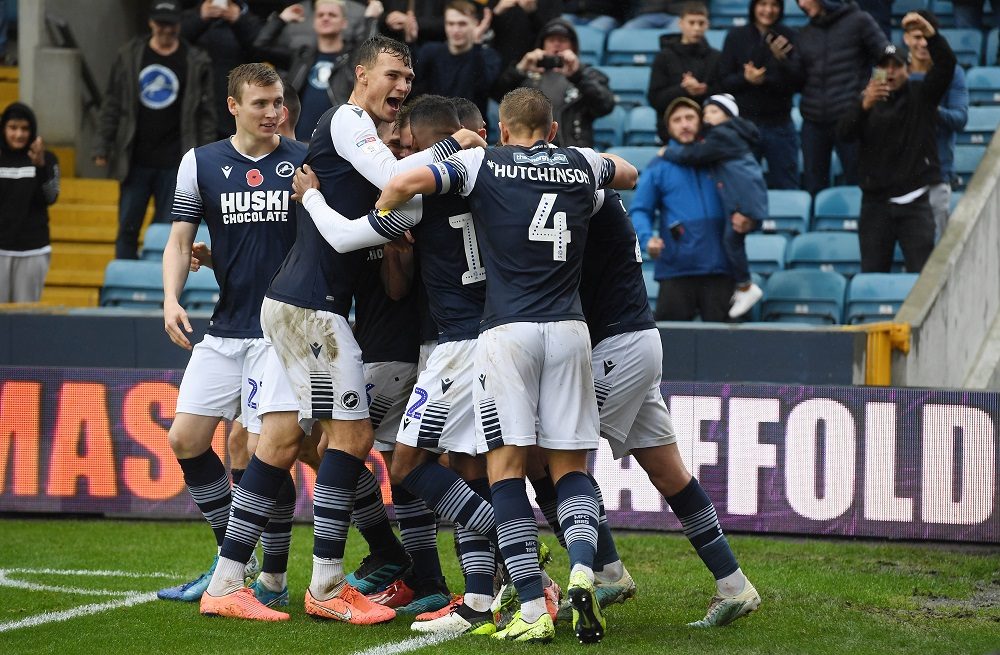 Hutchinson once again came to the Lions rescue on 69 minutes, producing a typically brave block after Potters substitute James McLean – whose every touch was booed – created space for himself before lashing towards the far corner.

Stoke continued to threaten what would have been an undeserved equaliser, although Bartosz Bialkowski wasn’t forced into making a meaningful save all afternoon.

And then on 75 minutes, Wallace embarked on a wonderful run, skipping past three players before he was scythed down by Badou Ndiaye in the box and then picked himself up to thump home the resulting penalty to seal the points.