Jed Wallace marked his Millwall return with a goal but it turned out to be an afternoon of frustration for the South Londoners.
The winger scored from the penalty spot in the 10th minute but Kamil Grosicki’s long-range free-kick soon restored parity.

The draw ended Millwall’s 100 per cent record at The Den this season, as they also conceded for the first time in SE16.

Wallace was brought straight back into the starting line-up as soon as his three-match suspension had been served.

And it was the Lions’ number seven who stepped up to slam home from the spot after referee Oliver Langford ruled that Matt Smith had been fouled inside the box.

It was the goalscorer’s eagerness to win back possession which saw him produce a foul more than 25 yards out. And Grosicki – not expected to shoot from a slightly wider position – arced a powerful strike over Bartosz Bialkowski and into the top right-hand corner of the net.Only the Hull man will know if it was intentional or miscue which turned into a fine finish.

What wasn’t in dispute was that the goal galvanised the visitors as Millwall lost their way. 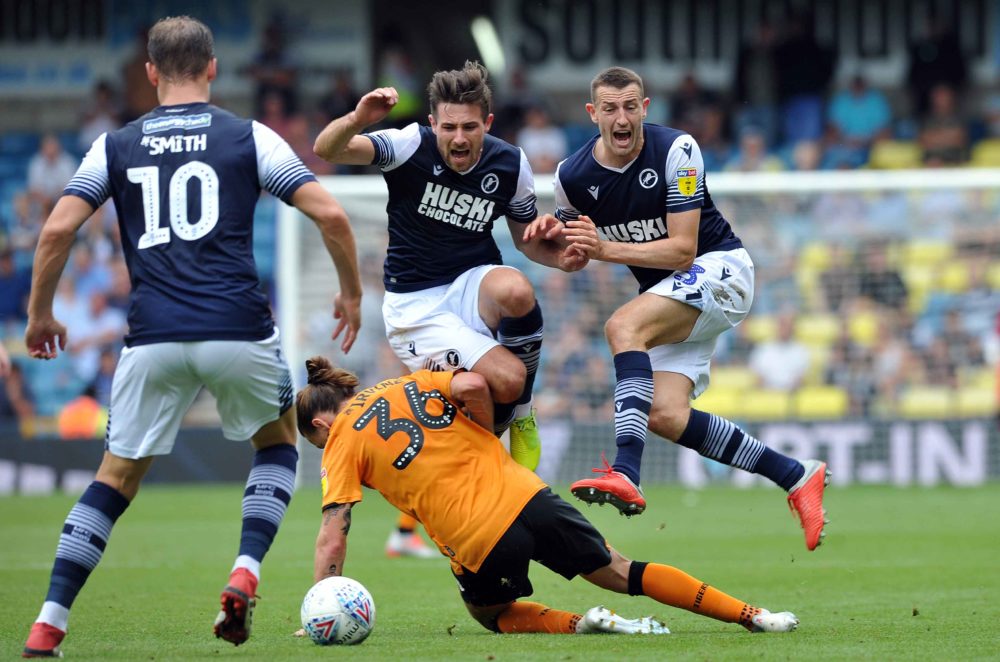 Alex Pearce had to make a perfectly-timed sliding tackle on Grosicki after Jake Cooper had given the ball away, allowing Josh Magennis to slide the ball into the path of the left winger.

Hull missed a glorious chance on 39 minutes – and it would have left Lions manager Neil Harris livid if it had stood as Langford did not whistle for at least one, and possibly, two tackles which looked like fouls. The resultant break saw Jarrod Bowen’s shot only parried by Bialkowski but Kevin Stewart – from a matter of yards out – stuck the ball wide.

Millwall were much improved after the break as they pushed for a second goal but that didn’t translate into quality chances – Murray Wallace skying one into the Cold Blow Lane end while substitute Jon Dadi Bodvarsson’s strike – after a neat one-two with Jed Wallace – was a comfortable claim for Hull keeper George Long.

Hull were forced to play with 10 men when substitute Jon Toral went off in the 78th minute and they had used their full quota of changes.

Millwall failed to take a big chance shortly after that as Shane Ferguson’s cross was nodded back across goal by Bodvarsson but Leonard could only nod wide of the left upright.

The Lions laid siege on the Hull goal in the closing stages but could not find a breakthrough.

City were depleted to nine players late on as Josh Magennis, already booked for his aerial challenge on Cooper, was late on Leonard.

But Hull held on for a point.