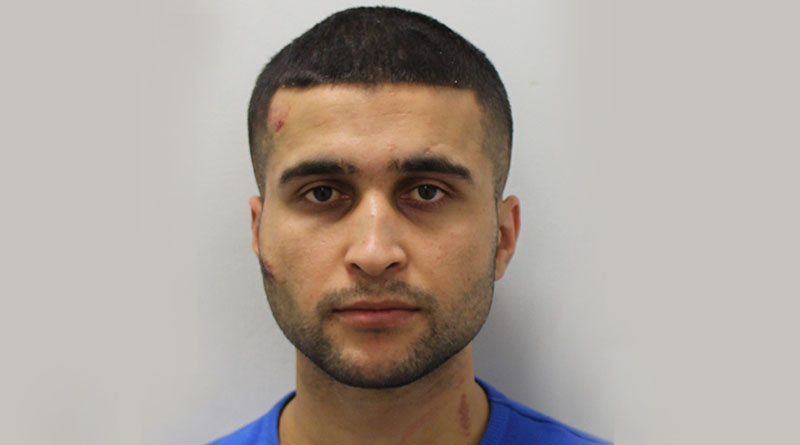 A man who said he wanted “kill English people” has been jailed for 21 years after he went on a drunken rampage trying to find people to stab in Thornton Heath.

Samiualahq Akbari, 32, of Brigstock Road, Thornton Heath was found guilty of attempted murder after he attacked a group of people in a pub and a man in a nearby Tesco.

The Met said Akbari, who was heavily drunk, entered a kebab shop on London Road and approached two customers asking them were they were from.

When they didn’t answer Akbari walked behind the counter and took a large kitchen knife which he waved in a customer’s face.

He then entered the Plough-On-The-Pond pub in London Road and, after asking customers in the pub where they were from, he lunged towards a group with the knife.

The group were able to defend themselves and Akbari backed off and left the pub.

He then went into a Tesco and approached a customer, again he asked the customer where he was from, and when he discovered the man was from the UK he charged at the victim with the knife.

The customer managed to jump backwards and the knife missed him.  After a brief struggle Akbari ran away still carrying the knife when police officers chased him and arrested him in a nearby residential garden.

He was also sentenced to four years’ in prison for four counts of criminal damage with intent to endanger life after throwing rocks from a footbridge overlooking a dual carriageway in Basildon on May 10, 2018.

Detective constable Chris Dimmer, of South Area CID, said: “It’s clear that Akbari was malicious in his intention to injure as many people as possible.

“He specifically sought to identify and target people from a certain nationality and to cause them as much harm as possible.

“I’m pleased to see that this dangerous man’s actions have been met with this lengthy sentence and I hope it gives those targeted in the attack some form of closure.”