Lyle Taylor reckons there is no chance of Charlton Athletic easing off the gas in their League One play-off decider against Doncaster on Friday night.

The Addicks number nine was on target, along with Joe Aribo, in Sunday’s 2-1 victory at the Keepmoat Stadium.

A draw will be good enough for Charlton in the return leg to secure their spot at Wembley.

And Taylor has warned that Rovers will make every effort to overturn the deficit in South London.

“They are a goal down with 90 minutes left to win by a goal or two goals,” said Charlton’s recently-crowned Player of the Year. “I can’t see them being the shy and retiring types.

“They are not like that – they play football well, similar to how we do. 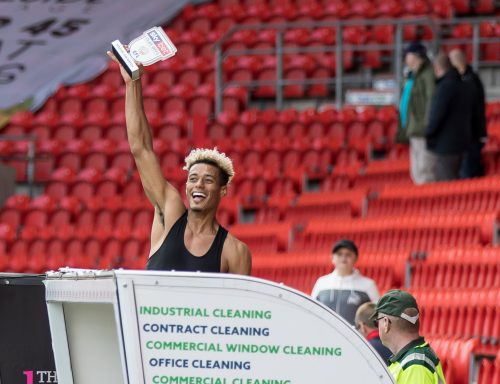 “They are not that kind of team to shut up shop and try and nick a goal. Hopefully that will benefit us as they’ll have to come at us and leave gaps.

“We just have to go and get the job done, it’s that simple.

“We’ll do everything we can to win the game and keep a clean sheet.

“We can only focus on what we have here, what we have to do and what our job is. Everything else that happens in football is by the by.”

Taylor made it 25 goals for the season since his free transfer from AFC Wimbledon. His initial shot came back off keeper Marko Marosi and he dived to head the ball in.