Luka Milivojevic refused to pin any blame on Vicente Guaita for Crystal Palace’s 1-0 defeat to Sheffield United on Saturday.

The Spanish goalkeeper dropped the ball over his own goal-line as he collected Oliver Norwood’s corner.

Milivojevic, when asked about Guaita’s mood after such a costly mistake, said: “He’s fine. He has been very consistent this season and we’re very proud to have him in the team. He decided to try to catch it and that’s it.

“We had more than enough to get something from the game but in the end we can’t say it’s the fault of anyone – we’re all a team. 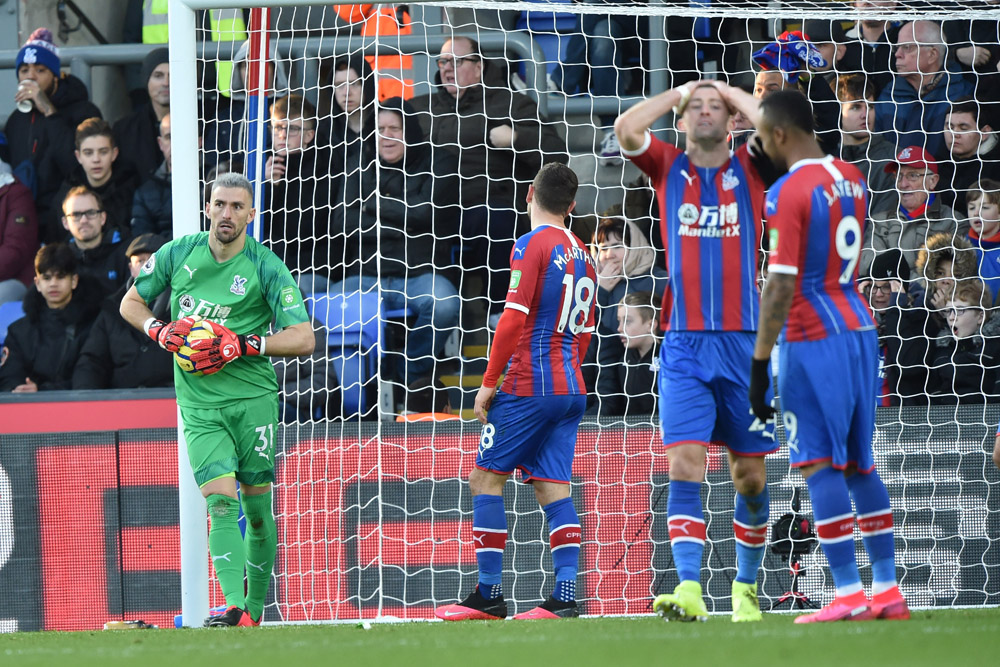 “It was a tough one to take. We did well until we conceded the goal. After that we opened the pitch up straight away and it was hard to control the game.  We had chances even when he conceded the goal. We didn’t deserve to lose but what can I say, that’s football.”

Referee Andy Madley was the focus of criticism when he failed to produce a second yellow card for George Baldock in the first half.

“For me it was clear – if the guy didn’t have a yellow card in that moment he would give it to him,” said Milivojevic. “But because he did have it he decided not to give it. It was a big decision not to give it.”

Milivojevic said: “I went to ask him why he decided to give it, he said it looked terrible with speed and with the tackle.”

The Serbian was the first player in England to have a card upgraded from yellow to red following the use of pitchside monitors in the FA Cup game against Derby County. He said: “When I’m on the pitch, it’s boring to wait that much for a decision.”