More Sport
6th June 20196th June 2019 Sports Reporter 0 Comments
Blackheath are in the relegation zone in the Kent League Premier Division after a 126-run loss at Tunbridge Wells on Saturday.

The hosts were the third side to be part of last season’s fight for the title and they fact they won the toss and put the reigning champions into bat on the hottest day of the year made it a potentially daunting task.

Jahid Ahmed found life in what seemed to be a flat deck at the Nevill, nipping it both ways and having Chris Williams dropped in the ninth over.

It is safe to say Blackheath took the first powerplay as Tunbridge lost their first wicket for only 34 runs. Ahmed struck as he caught the inside edge of Williams’ bat. The away side could not keep the momentum up as the sun drained their energies and the spin of Mohammad Ashraful was found to be less effective than the previous week.

Marcus O’Riordan and Christian Davis took minimal risks as they both scored centuries to put Blackheath on the back foot. That said, the score never got away from them and only a slight acceleration in the last five overs got the home team to 281, probably 20 or 30 runs above par given the conditions. 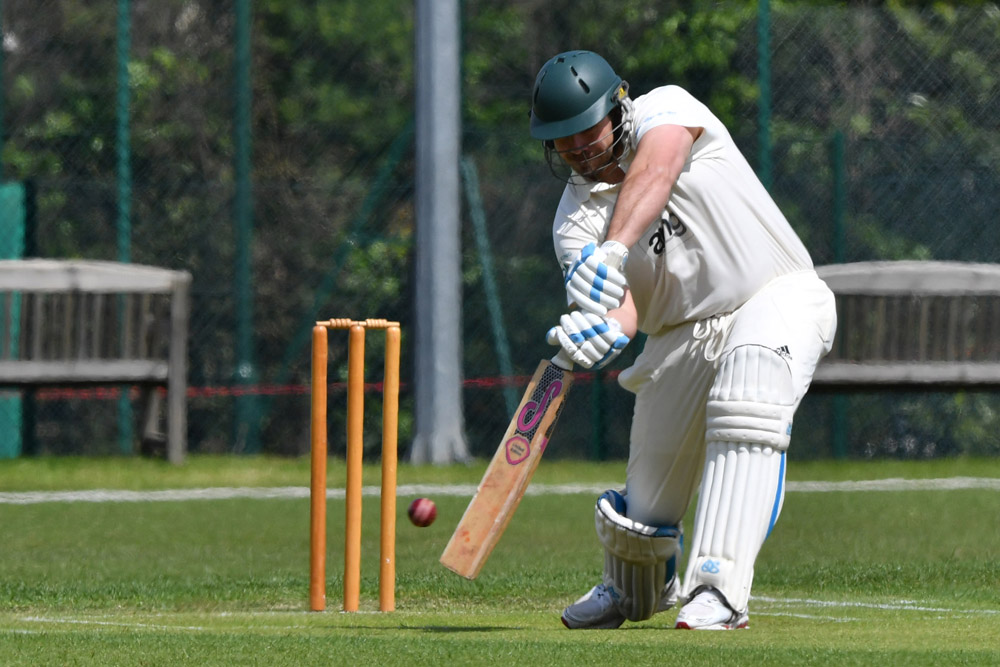 Blackheath could not have started better. Some incredible striking from George Wells (43) and Dipayan Paul (20) put the visitors well above the rate – 60-0 from six overs, including some glorious lofted drives from Wells and flicks through mid wicket from Paul.

The game looked set to be a ripper – but no-one could have seen the collapse to come. First Paul fell scooping David Smith then the prolific Tanweek Sikander for just three runs. Wells and Mohammad Ashraful were caught in the space of three overs. The best start possible soon became mission impossible and Charlie Speller (31) and Ahmed (38) picked up the pieces from 76-5 . A partnership of 70 meant the away side had hope but slips of concentration from both left the game over and the rest of the wickets fell in quick succession to leave the away team bowled out for 155.

Blackheath are at home to bottom side HSBC tomorrow.