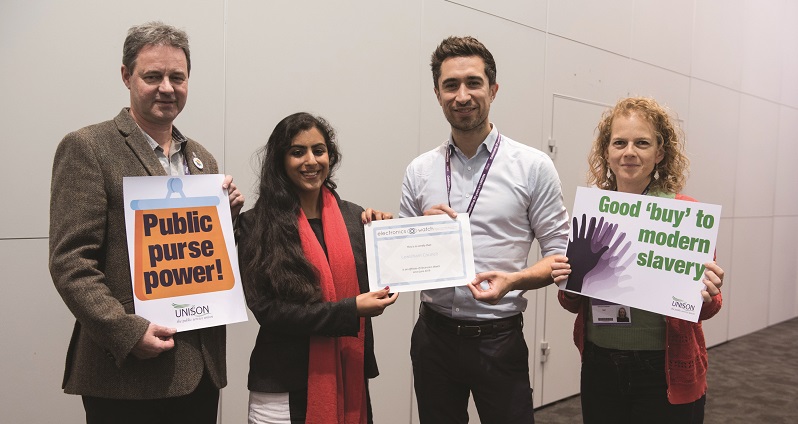 A town hall has become one of the first local authorities in the country to commit to tackling modern slavery in the IT equipment it buys.

He spoke about how councils can tackle modern slavery and exploitation of workers across the world through ethical buying. Its affiliation with Dutch firm Electronics Watch is the latest step in it’s pledge to work to eliminate modern slavery from the products it purchases.

Mr Egan, pictured, said: “Never in the history of the planet has there been more people working in slavery. Tackling Modern Slavery is one of the moral duties of our time.

“Our new partnership with Electronics Watch is an important step in that fight.”

Last year, it signed the Co-Operative Party Charter Against Modern Slavery and published its first annual Modern Slavery Transparency Statement, setting out how it is tackling the issue.

IT hardware is manufactured largely in South East Asia and workers are at higher risk of being forced into labour and human trafficking to make those products.

Local authorities and other organisations are likely to be purchasing IT products that have been made by people trapped in Modern Slavery.