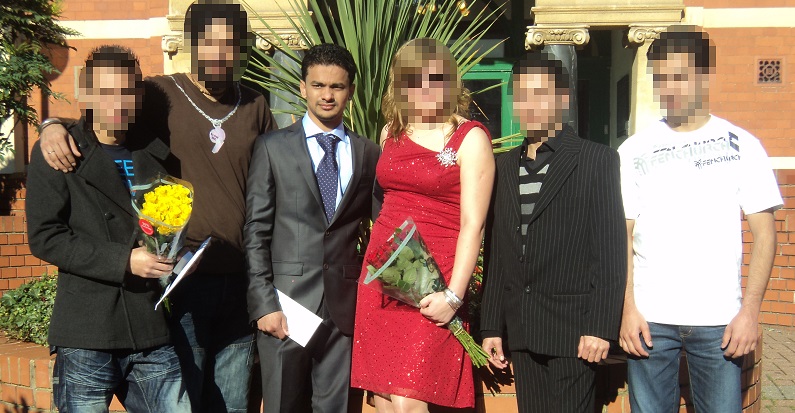 A fake bride has been handed a 16-month suspended sentence after pleading guilty to taking part in a sham marriage to help an illegal immigrant stay in Britain.

She was one of a trio nabbed in a sting by officers of the Immigration Enforcement’s Criminal and Financial Investigation (CFI) team.

Evidence uncovered by investigators proved that all three participated in fake weddings, which all took place at Newham and Lewisham register offices between October 2011 and April 2014.

Among the beneficiaries were Sheikh Ahmad and Valerija Bartosevic, who both lived at Stunnell House, John Williams Close, New Cross, who were jailed for 18 months, with the latter’s term suspended for two years.

The sentencing follows the jailing in April 2018 of the organisers behind the scam – Lithuanian woman Jurgita Pavlovskyte and her Pakistani husband, Ayaz Khan – in a case also led by CFI.

The investigation started in June 2014 following reports from a register office of suspected sham marriages.

Further enquiries by CFI officers led them to Pavlovskyte and Khan, who arranged sham marriages between Pakistani men based in the UK, with Lithuanian women flown in specifically to take part in the ceremony.

The Lithuanian women would arrive for the ceremony and depart shortly after, in some instances once their fees had been paid.

The men would later use evidence of the marriages to support applications for leave to remain.

Both men had limited leave to remain in the UK and submitted fresh immigration applications around the time the marriages took place.

Hannah Shirley, acting assistant director of the Immigration Enforcement CFI team, said: “CFI officers played a vital role in this investigation, uncovering evidence to prove that these marriages were a sham.

“The individuals were attempting to cheat the immigration system and push ahead of people who play by the rules.

“We will not allow people to exploit our immigration system in this way, and anyone caught trying to do so will be brought to justice through the courts.”

Investigators found that Uddin paid organiser Ayaz Khan £11,850 in August 2011, shortly before his wedding in October 2011. Evidence also showed that Jurgita Pavlovskyte transferred cash to Ul Haq’s bride on October 31, 2013, before the wedding in April 2014.

Ul Haq’s leave had expired shortly before the wedding.

Text messages revealed that she communicated with Pavlovskyte, conspiring to arrange a different marriage which in the end, she did not go through with.

Ul Haq was sentenced to two years and six months in jail after being found guilty of securing the avoidance of enforcement action, and obtaining leave by deception.

Uddin, of Wanstead Lane, Ilford was jailed for 18 months after being found guilty of securing the avoidance of enforcement action.

Ul Haq, of Longbridge Road, Dagenham was sentenced in his absence having failed to attend court.

Anyone with information about his whereabouts or about suspected immigration abuse can contact Crimestoppers on 0800 555 111 anonymously or visit http://www.crimestoppers-uk.org.