When the weather isn’t the worst part on a soaking wet, chilly, miserable afternoon in South Yorkshire, you know something has gone badly wrong.

Millwall have now suffered 40 per cent of their Championship defeats in 2018 within the space of five days after their 2-1 loss at Sheffield Wednesday last week. 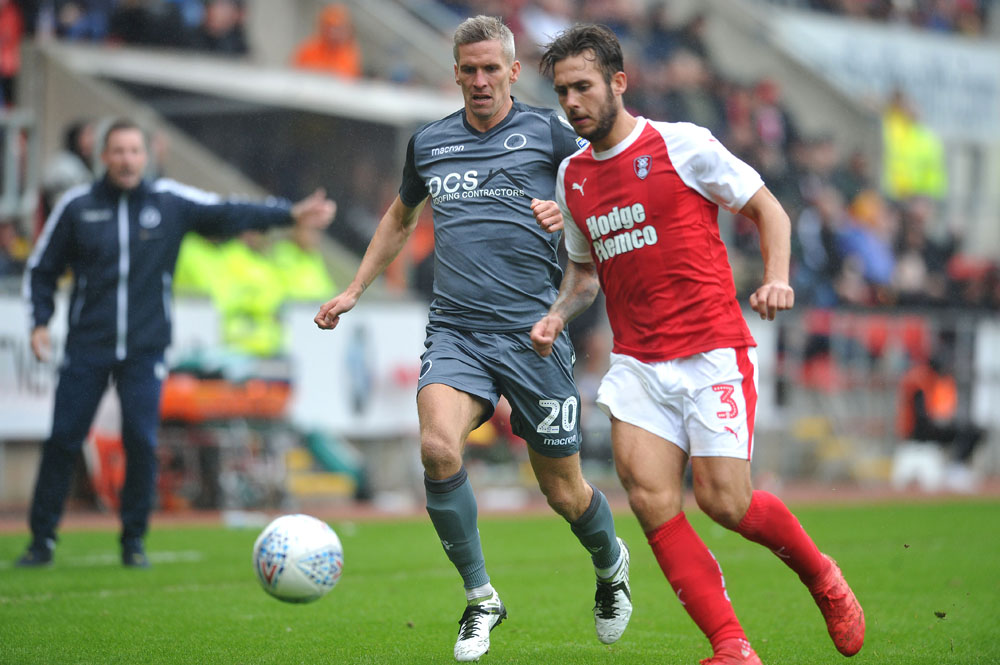 Lions manager Neil Harris admitted he wouldn’t be afraid to drop players and his team selection at the New York Stadium echoed that as captain Steve Morison was left on the bench in one of four changes.

Last season’s Player of the Year – Shaun Hutchinson – didn’t make the trip and is expected to be out for a while after suffering a knee injury. His absence handed a chance to summer signing Murray Wallace, who partnered Jake Cooper at the heart of the Lions defence. 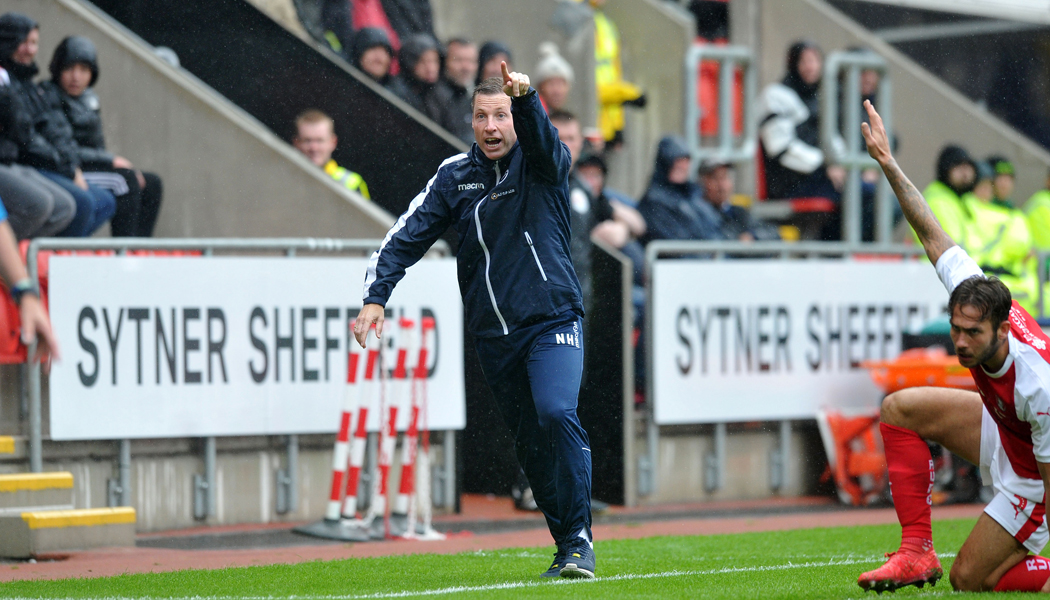 Harris revealed that the recently returning Byron Webster isn’t yet up to scratch and playing him would have been a risk, although he confirmed his starting place for today’s EFL Cup tie at The Den.

Webster, understandably, would have been frustrated, but that didn’t stop him from showing his class by taking time to pose with young fans before kick-off as the rest of his team-mates trotted back towards the dressing room. 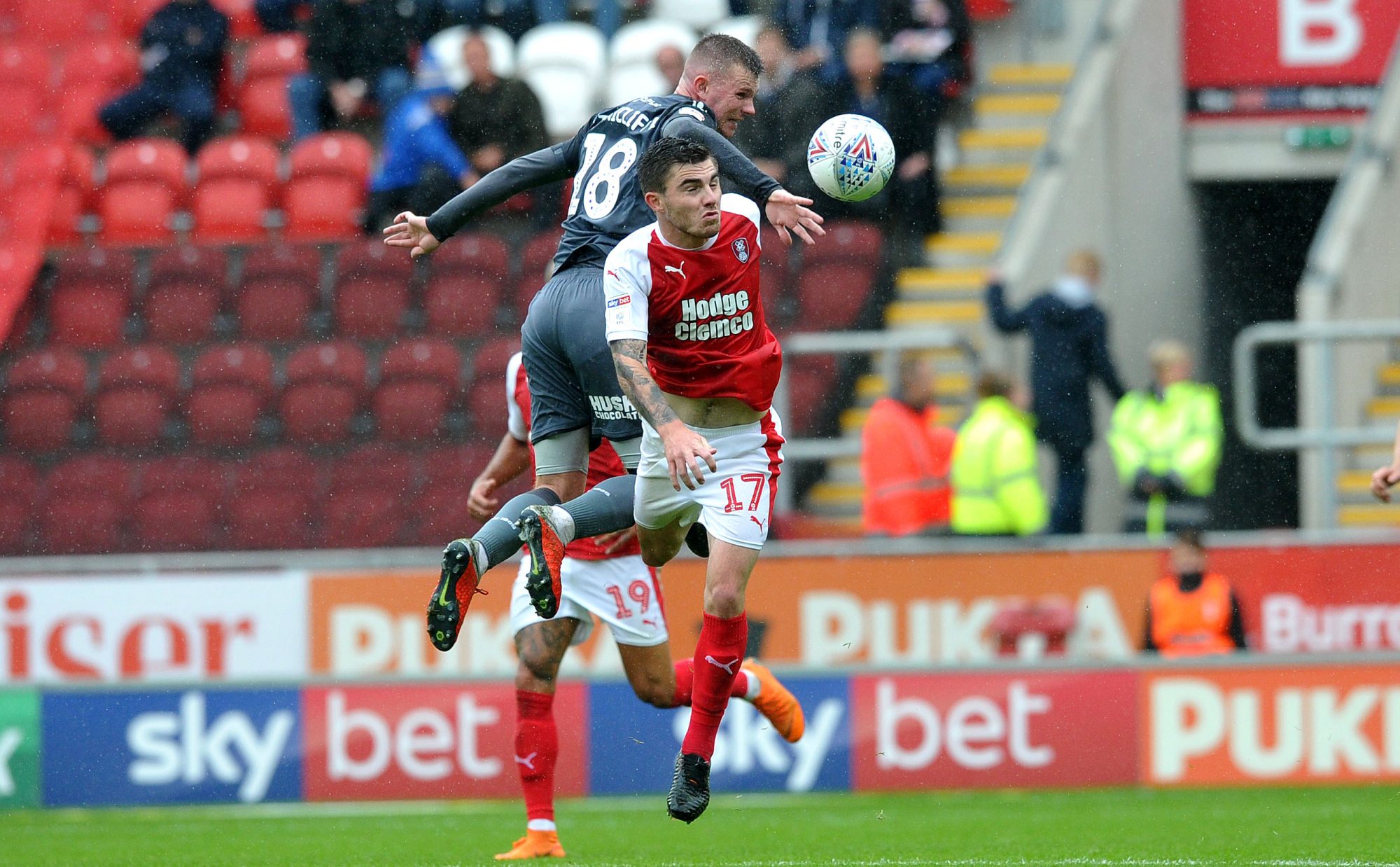 Millwall started the game on the front foot, as they did on Wednesday, but their early momentum soon vanished when Rotherham broke the deadlock.

They gifted the Millers the lead.

Aiden O’Brien was slow to react, allowing a two-on-on situation to develop from a Rotherham throw and Will Vaulks crossed for centre-back Sean Raggett to squeeze between Murray Wallace and Cooper to nod home. 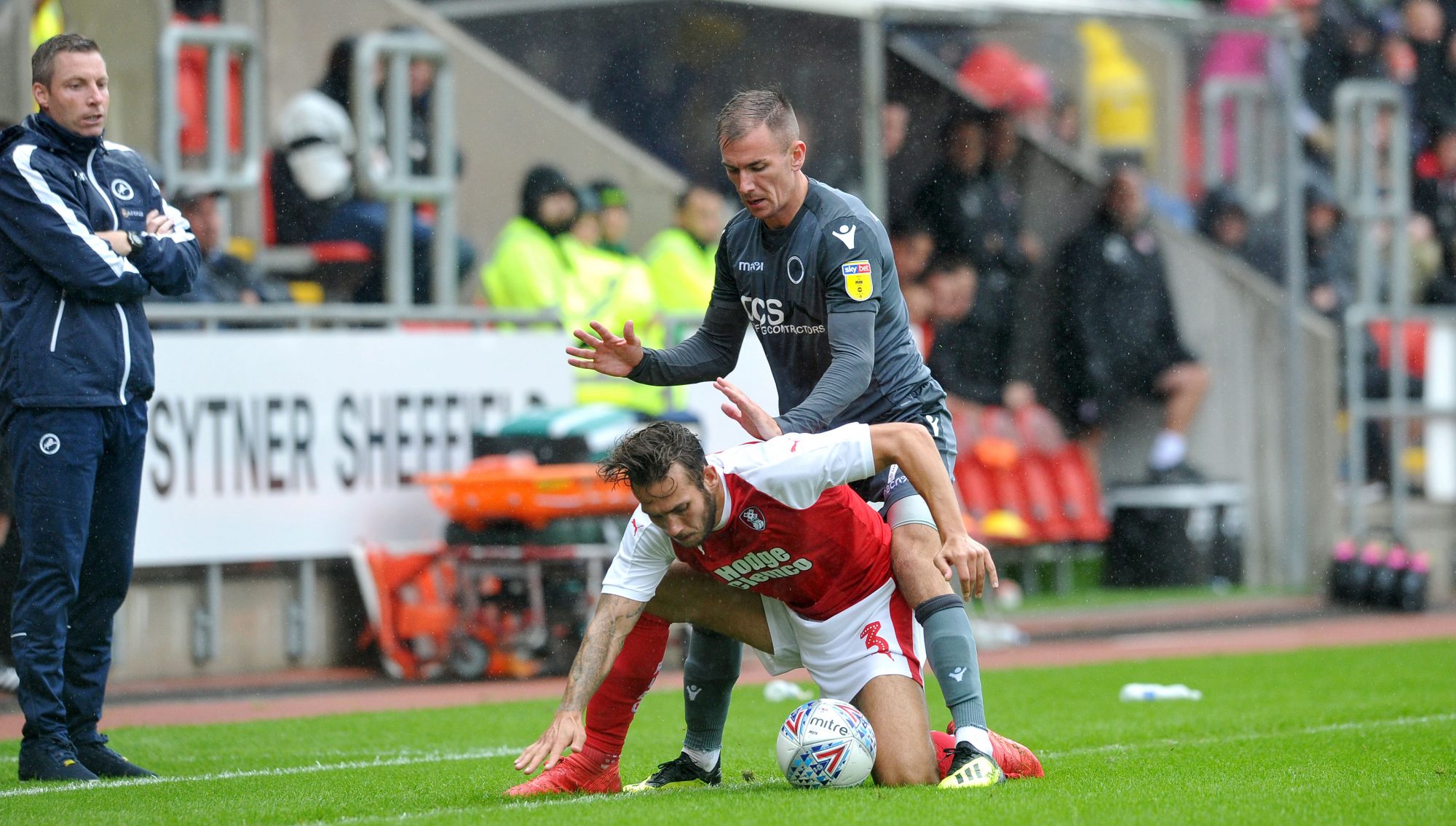 The Lions boss described his sides defending at Hillsborough as childish and embarrassing – well this wasn’t much better.

It didn’t take long for Millwall to realise how big of a miss Hutchinson will be in the coming weeks.

The second-half was an improvement, but simply turning up for the half would have topped the first.
Chances did eventually come for the South Londoners, with Tom Elliott and Cooper squandering the best two. 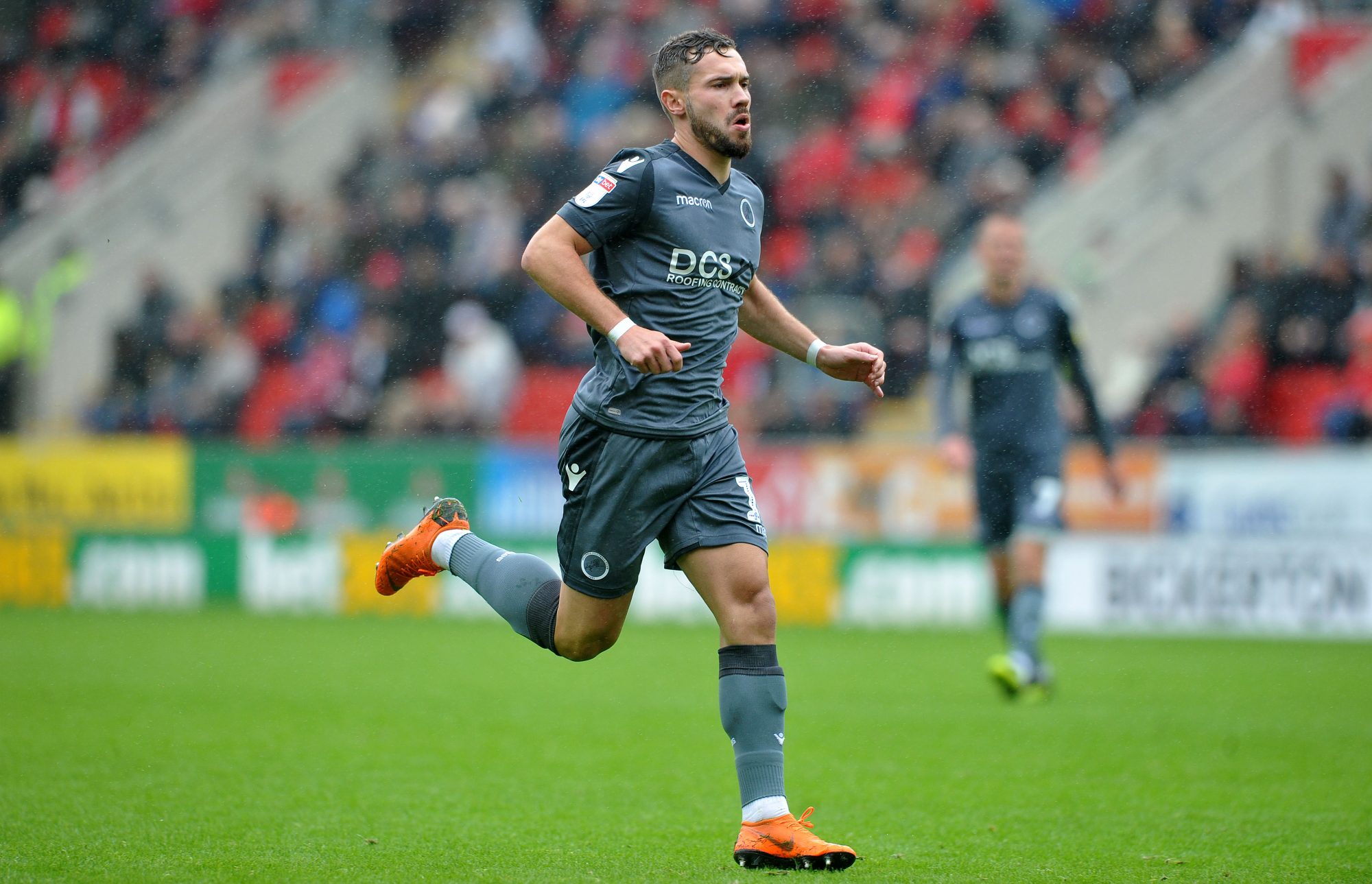 Jed Wallace, Millwall’s best player on the day, created Elliott’s but his tame effort lacked power and Marek Rodak comfortably saved. Cooper should have found the net from Shaun Williams corner, but couldn’t beat the on-loan Fulham man from a free header.

Record signing Tom Bradshaw was given his first run out for the club just past the hour mark and received a warm ovation from the 700 travelling fans. 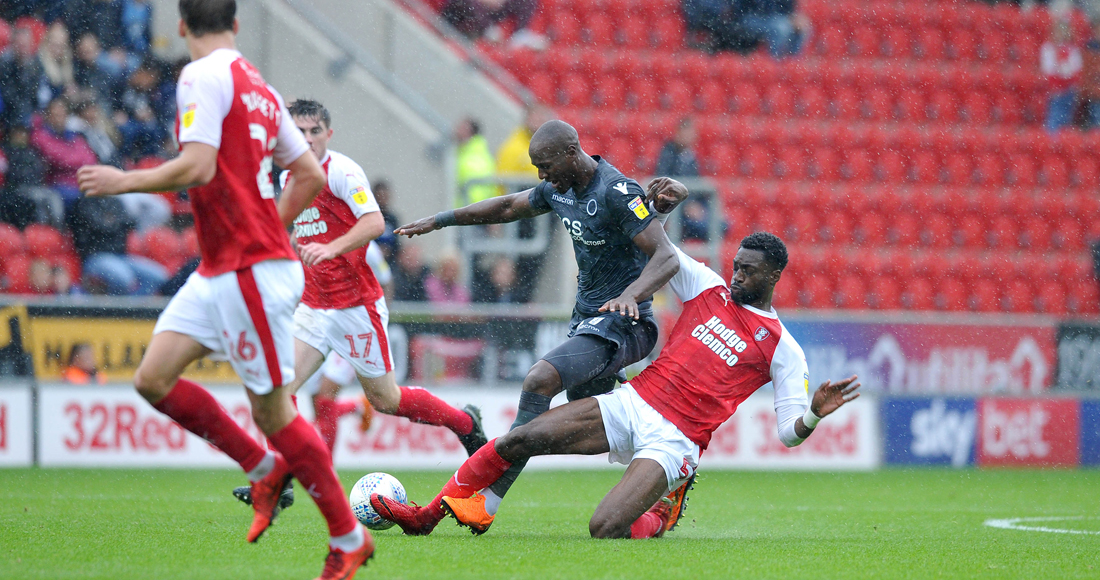 His lively and energetic cameo was a pleasing sight, but the former Barnsley forward could do nothing to prevent his new side slipping to another defeat.

Millwall’s week was summed up in one second-half moment. Harris, keen to get on with it, retrieved the ball for Jed Wallace to take a quick throw, but as the Lions winger tried to quickly grab the ball, it slipped out of his hands and hit him in the face. The pair frowned at each other.

That was a rare bad moment in an otherwise fine second-half performance from Jed Wallace. The former Wolves man showed urgency, quality and was the only player to show any desire, passion or fight. 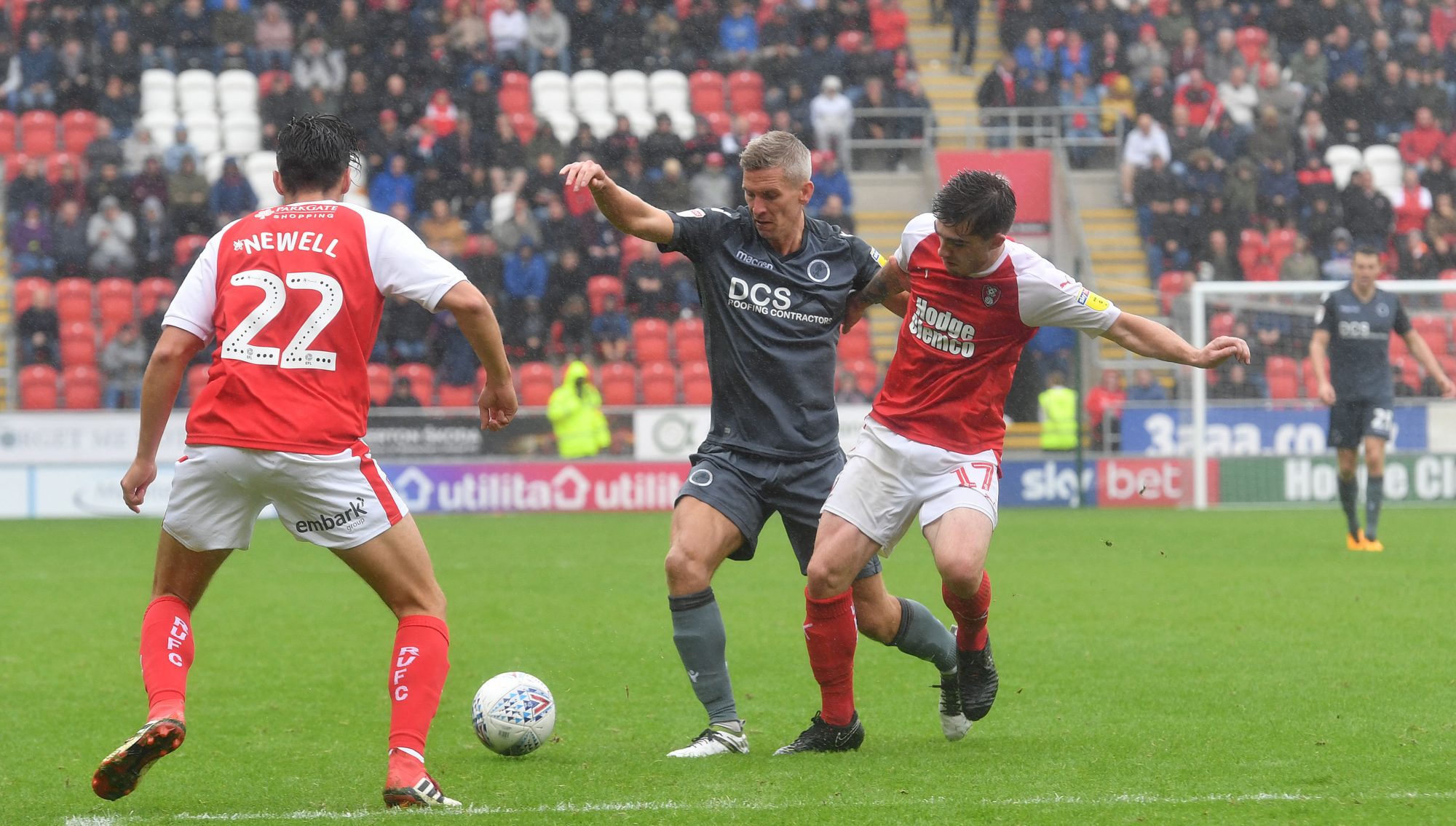 It’s back to EFL Cup action next for Millwall, as they entertain Plymouth Argyle in the second round, a victory would restore some confidence ahead of a tough-looking meeting with Swansea at The Den on Saturday evening.

Harris is likely to shuffle his pack against the League One outfit – with the likes of Ben Amos, Shane Ferguson, Fred Onyedinma, who did not make the matchday 18, and Bradshaw expected to be handed minutes.

Progression would see Millwall reach round three for the first time since 2011-2012 and just the fourth time this century.

They will be expected to prevail against an Argyle outfit that are winless and sit bottom of League One after with two points from their opening five games.