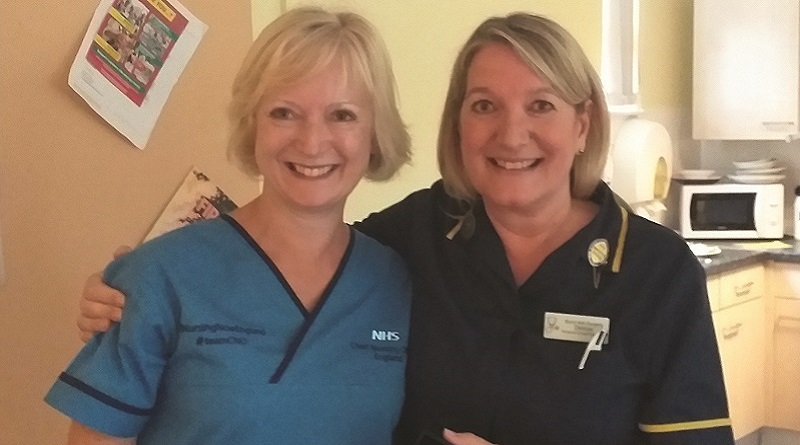 A nurse with 40 years of experience in the field won an award for her achievement.

Debbie Brown, has been awarded the national Chief Nursing Officer’s Gold Award for Nursing, making her one of the first Advanced Nurse Practitioner to receive it.

Born and brought up in Lewisham, Debbie is also a Queen’s Nurse – a title which is available to nurses who have demonstrated a high level of commitment to patient care and nursing practice.

It not the first time she has broken records: In 2015, Debbie took on the role of Nurse Consultant in Primary Care – the first of its kind in England.

Brown has also taken an active engagement in her field by taking part in nursing forums including NHS England, South London Nursing Network, and the Royal College of Nursing General Practice forum.

On receiving the award from Ruth May, Chief Nursing Officer for England at the Lee Green Surgery, Debbie said: “It’s a great honour for me to receive the CNO Gold Award.

“I have a passionate belief in the importance of primary care, and its role in helping our patients lead happier and healthier lives.

Debbie added: “For me, nursing has been a true vocation, which has given so many rewards. And to have such a career in Lewisham – my home area and a place that I love – has enabled me to be doubly privileged.”