Lewisham light-heavyweight Dan Azeez is set to box tomorrow night at Bethnal Green’s York Hall – even though he is due to fight again in just over a month.

The 30-year-old produced a clinical performance in his last ring action, taking apart Charlie Duffield in six rounds to win the vacant Southern Area title on a Matchroom Boxing show.

Azeez will go hunting a 10th straight victory in the paid ranks this weekend and then is due to take on former English champion Dec Spelman on December 14 at the Brentwood Centre.

The bout has been billed as a reserve fight for the upcoming Golden Contract tournament. 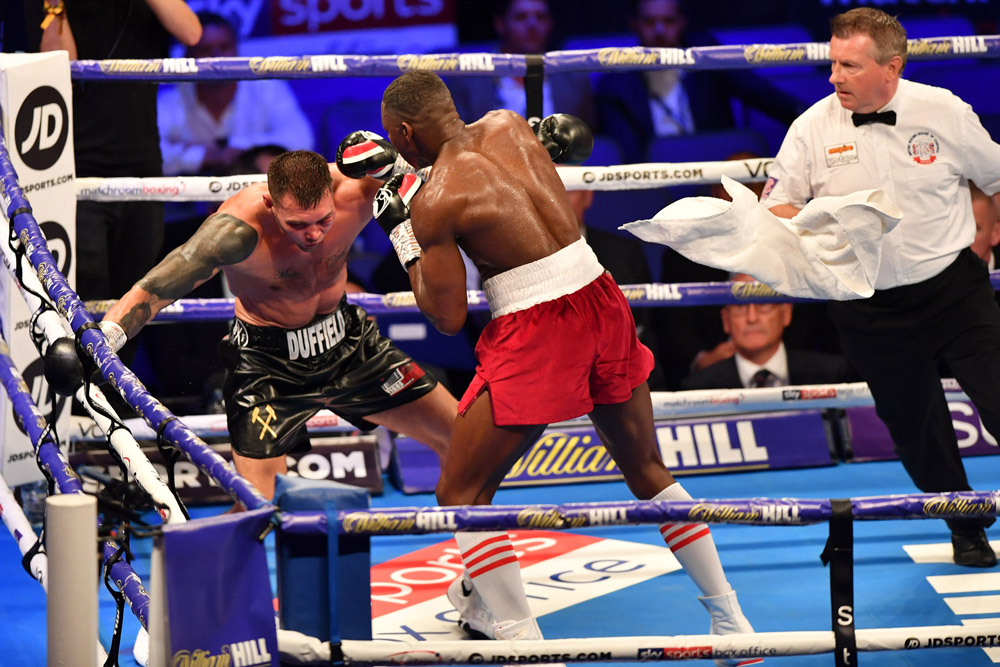 The winner of the competition will land a two-year, five-fight deal that guarantees six-figure purses.

Should one of the eight entrants in the tournament be unable to compete in the quarter-finals, a coin toss will be held to decide whether Azeez or Spelman is handed a life-changing opportunity.

Azeez said: “I know that Spelman is tough, strong and game. Whoever is put in front of me I’m focused, and fans will see a starving animal in this fight.”

Scunthorpe’s Spelman (16-3) beat Clapham’s Kirk Garvey to win the English title in May.

He said: “I’ve been watching Azeez for a while now and I know he’s got good pedigree coming from the amateurs. He looks big at the weight and can whack a bit too.

“I’m focused solely on Azeez. If the Golden Contract opens up for me I’ll take it with both hands but my fight is with Azeez – so it’s him I’ll be training for until I’m told otherwise.”