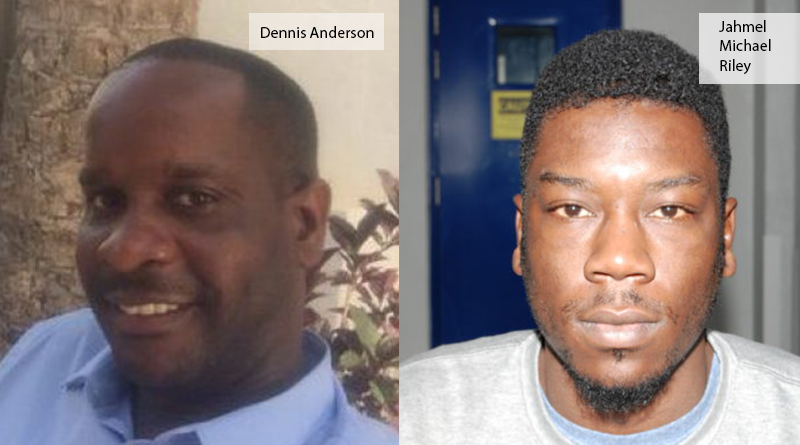 A father who refused to give a knife-wielding thug a cigarette was fatally slashed in the neck as friends tried in vain to pull off his attacker.

His killer, a total stranger, has been convicted of murder using a hunting knife, after a row erupted in a Dulwich newsagents.

He will be sentenced at the same court on Tuesday, 20 August.

Dennis was returning home from a party in the early hours of the morning on Sunday February 20, when he went into an off-license on Lordship Lane with a group of friends.

Riley was already in the shop when the victim arrived and had been rudely and aggressively asking customers in the store for a cigarette.

When he asked Dennis the same question, an argument broke out but Riley walked out – but instead of leaving, he pulled out a large hunting knife and started brandishing it.

Dennis stepped towards him and tried to wrestle the weapon out of his hands. CCTV footage showed the two fighting inside before they spilled out into the street.

Riley wrestled Dennis to the floor and stabbed him in the neck.

Riley was dragged off by Dennis’s friends and hit, before fleeing towards Crawthew Grove. 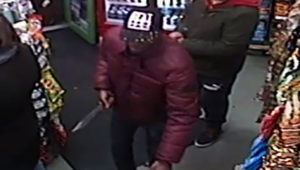 Officers and paramedics tried to save him but Dennis was pronounced dead at 3.04am.

A post-mortem examination on Tuesday, 12 February, found the cut to his neck was fatal but there were others to his face and back and several on his left hand where he tried to disarm his attacker.

Riley eventually attended Lewisham Police station with family on Wednesday, 13 February after both his father and brother had been spoken to by police.

Detective Inspector Domenica Catino, from the Met’s Homicide and Major Crime Command, who has led the investigation, said: “This is a very tragic incident that has left me filled with anguish as Dennis Anderson’s death was totally unavoidable.

“Witnesses of the attack, including close friends of the victim, and CCTV footage showed that Riley had chances to avoid the confrontation and the leave the off-license. The two men did not know each other and Dennis was killed solely because he refused Riley’s request for a cigarette. That is the value that Riley places on life.

“My deepest sympathies extend to Dennis’ family and friends, particularly those that witnessed a shocking event unfold in such a needless manner.”

“I want to thank them for their support throughout this investigation and thank the hard work and commitment of the murder investigation team. I can only also praise the public, officers and paramedics who tried valiantly to keep Dennis alive.”