Born in Sidcup in 1936, Seeley left school at 14 where he would cycle to his local race track, Brands Hatch and was impressed by the sidecar outfit of Vincent employee, Ted Davis.

He learned to ride his father’s Vincent Rapide when he obtained his licence at 16, starting work as an apprentice at nearby Harcourt Motorcycles, followed by Halfords motorist’ shop in Bexleyheath. It was around this time he became acquainted with Bernie Ecclestone with whom he would work for later – first in the 1970s as joint managing director of Motor Racing Developments at Brabham and later in 1986 with the Brabham Formula 1 team.

In 1954, he entered his first race at Brands Hatch on a borrowed 500cc BSA Star Twin solo before moving onto scrambling on a Triumph, AJS and Greeves machines. It wasn’t until 1960 that Seeley would buy his first sidecar for which he would become most associated with during his racing career.

After swapping from a Manx Norton to a Matchless G50, encouraging results in local races prompted him to enter the 1961 Isle of Man TT where he finished 6th. From 1961-67, Seeley raced in British and World Championship sidecar races, aboard a 650cc Matchless G12 CSR and Norton 650cc Dominator for the large capacity British class and a 500cc BMW RS54 Rennsport for the Grand Prix’s.

During his career as a racer, he tasted Grand Prix victory, winning the 1964 Dutch TT and finished 2nd at the Isle of Man that year and 2nd at the French Grand Prix in 1966. 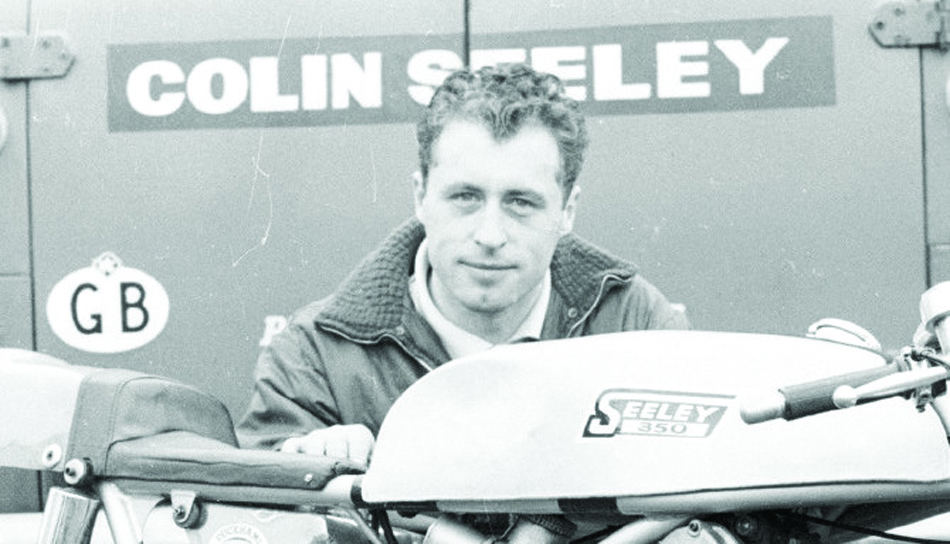 After his racing career Seeley changed to what he is best known for, designing and engineering frames for motorcycles, gaining huge popularity among racers with clubmen to world champions highly praising their sweet handling.

During the late 1960s and early 1970s when most of the major manufacturers had pulled out of Grand Prix racing, Seeley designed chassis became the bike of choice for the privateer.

In 1970, Tommy Robb finished 4th in the 500cc World Championship and in 1971 Barry Sheene rode a Suzuki T500 engined Seeley to win the British National Championship. he claimed it was the best handling motorcycle he’d ever ridden. Sheene also won the FIM 750 championship and MCN Superbike in 1973 on Seeley-framed Suzuki TR750 triples.

As well as making frames for racing machines, he also produced a limited number of road bikes using Honda engines which are now very collectable.

After a stint working with Bernie Ecclestone for the Brabham F1 team during the 1980s, Seeley teamed up with the Duckhams/Norton team in 1993 to campaign the British Championship, winning it in 1994. Seeley later campaigned Honda’s and Ducati’s making a huge contribution to the British Superbike Championship.

He dedicated much of his later life to charity work, establishing The Joan Seeley Pain Relief Memorial Trust, based in Sidcup, in memory of his first wife, who died of cancer.

And in 2006 and 2008, he published two autobiographies, documenting his life and memories of motorcycle racing from the 1950s to the present day.