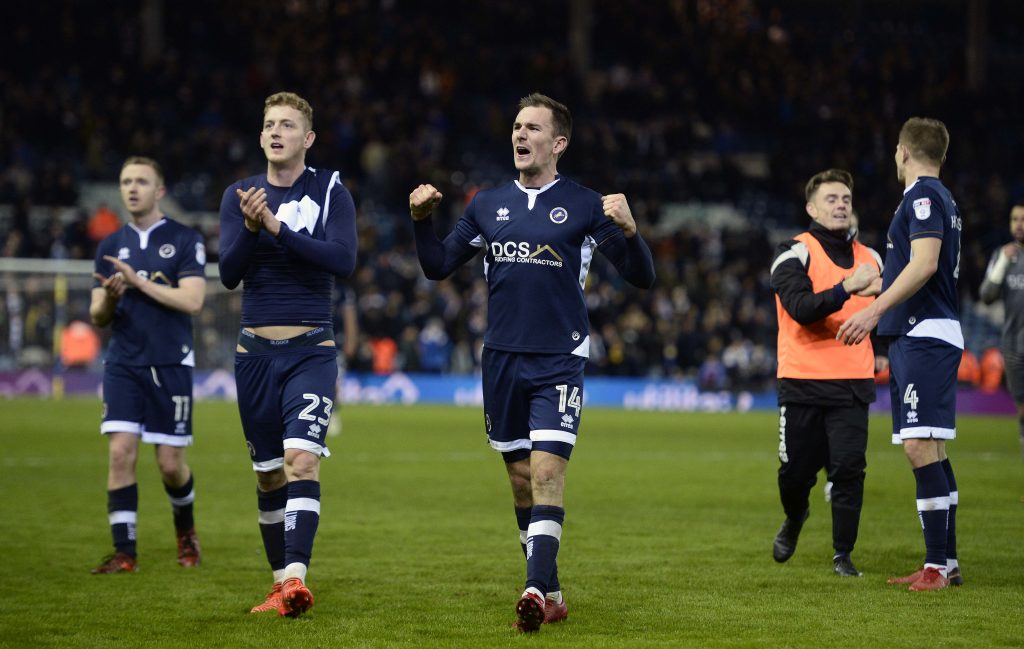 Jed Wallace struck a dramatic injury-time winner for Millwall to down the 10 men of Leeds United in one of the Championship games of the season so far.

The Lions produced a dominant first-half display which harvested well-taken goals for Aiden O’Brien and Lee Gregory in front of a bumper crowd of 33,564.

Leeds old-boy Steve Morison created both strikes and there was controversy seven minutes before half-time when home defender Liam Cooper was shown a straight red card.

Cooper caught George Saville with a late lunge, a challenge which sparked an ugly melee between the rival benches on the touchline.

Yet despite their numerical disadvantage, old foes Leeds roused themselves in spectacular fashion in the second half.

Within seconds of the restart, Pierre-Michel Lassoga got Leeds back into contention with a well-struck shot from 12 yards before Kemar Roofe bundled in a 55th-minute equaliser.

Remarkably, Lassoga struck again with a fine left-foot shot strike in the 62nd minute to put Leeds 3-2 up, but the drama was not over.

Tom Elliott, nurtured in the youth ranks at Elland Road, hit a clinical right-foot shot into the bottom corner from 12 yards with just three minutes remaining to make it 3-3.

Then it was Wallace’s turn to take centre stage two minutes into added time, hitting a deflected left-foot shot which flew past Felix Wiedwald and sent the travelling Lions fans into ecstasy.

Significantly, the result gave Neil Harris’ men their first Championship away win of the season.