Lyle Taylor and Chuks Aneke are both set to be back available for Charlton’s trip to Middlesbrough on Saturday – provided the pair have no setbacks this week.

The Addicks were missing 14 players for Saturday’s 3-1 home loss to Sheffield Wednesday but could see their options boosted by the duo’s return. Conor Gallagher has served his one-match ban and will also be back in the mix for the Teesside test.

Taylor has not played since the end of August. He damaged his knee ligaments while on international duty with Montserrat.

“Lyle was in on Saturday and he came through all that with no pain,” said Bowyer. “We’ll see how he is today. If he is okay today then we can push on again.

“Over the next few days he will be in Monday, Tuesday and Wednesday and then train with us on Thursday and Friday. That’s the plan at the moment. He’s okay, which is good.

“Him and Chuks are both meant to be back for the weekend. 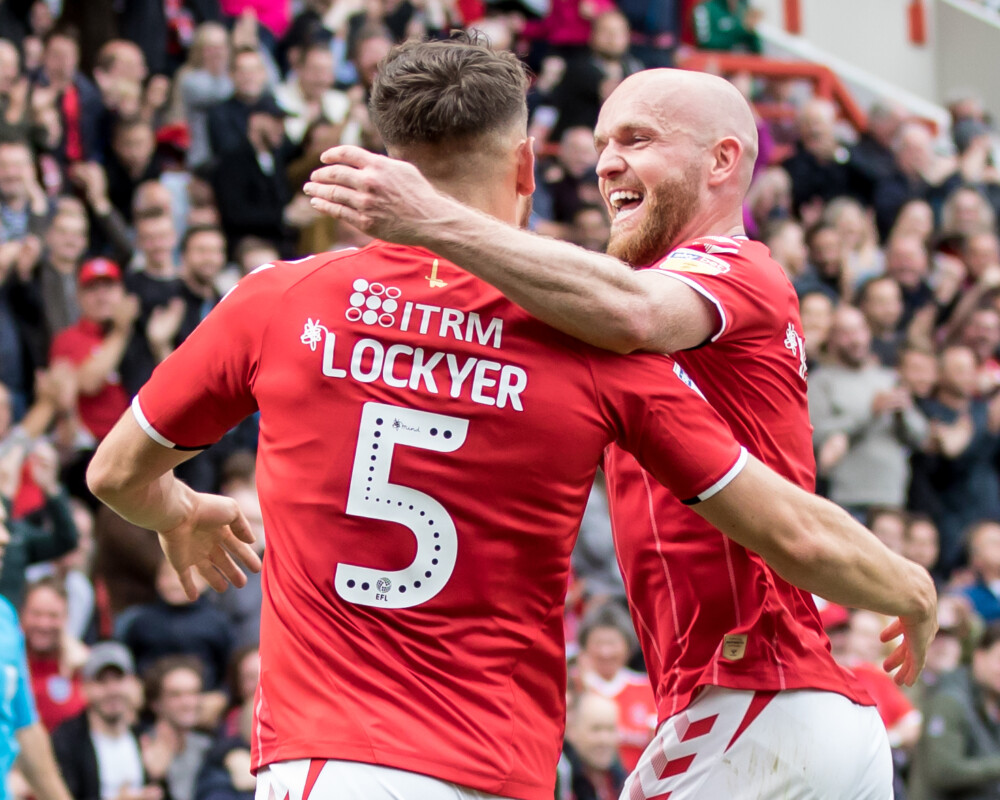 “Jonny is out running now. He is still a couple of weeks away but I think they [the medical team] are saying Hull. Jonny Williams is the next one [back]. Sam [Field] is about three weeks away.

“Slowly but surely they are starting to come back and we can start having a go again. It won’t happen overnight. Once they come back we’ve got to get them fit and keep them fit – after a couple of weeks of that they can start playing again.

“Lyle and Chuks can’t start at Boro. They’d have to come off the bench to get some minutes and then some in the midweek game [at home to Huddersfield].

“Ali [Thrush, head of medical services] is saying ideally they get 20 minutes on Saturday and 20 minutes on Tuesday – then they might be able to start.

“Jonny would probably be on the bench against Hull.”

But there is not such positive news on Brighton loanee Beram Kayal.

“He went back to Brighton and had an injection while he was away [on international duty with Israel]. But I don’t think that his injury is as straightforward as we thought. We’re waiting on Brighton to see what they are saying.”