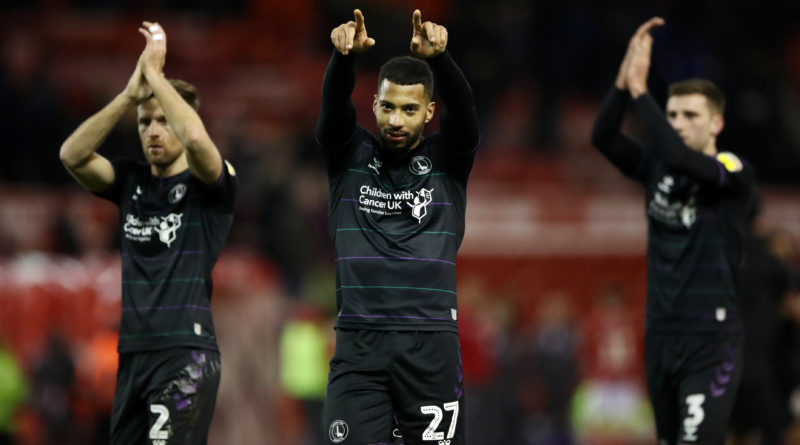 Lyle Taylor’s far-post volley, after a quality break out of defence by Naby Sarr, secured all three points for the Addicks at the City Ground.

It moved Charlton up to 19th in the Championship standings and six points clear of Wigan, who occupy the final relegation spot.

“It was a great team performance – everyone worked so hard.

“And we move on to Saturday. I hear it is going to be a full house and I’m looking forward to that. We have to maintain that standard, work rate and work ethic. That’s why we had such a good start – because we were playing like that.

“We’ve had difficult times, so it’s great to see.”

Charlton had not won on their travels since August 31.

“It sounds worse than what it is,” said Bowyer. “From August we picked up all the injuries, that’s the reason why. We’ve been in every game away from home, apart from the weekend just gone.

“The most important thing is we’re three points closer to the target we need.

“People wrote us off and said we’re going to go down. I believe in this group of players. They keep fighting. I know they will and I’ll keep pushing them. With our fans behind us we can do it.”