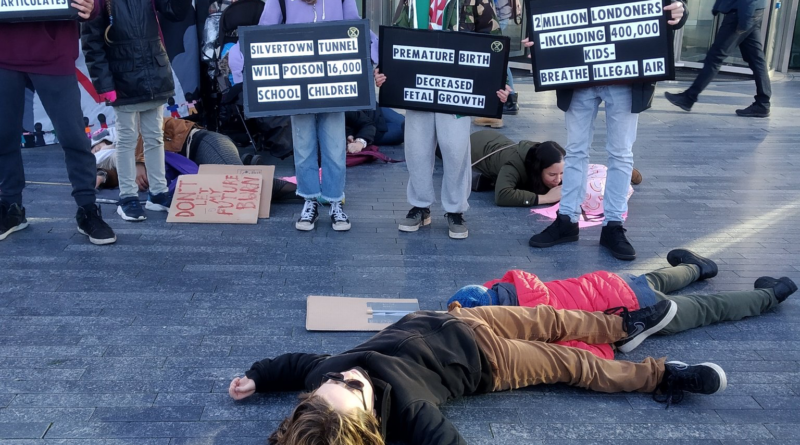 A last-ditch attempt by Hackney council to suspend the contentious Silvertown Tunnel has been revealed through Freedom of Information (FoI) requests, writes Ed Sheridan.

Correspondence released by Greenwich council begins with a letter written at 2am on October 24 urging London Mayor Sadiq Khan to take another look at the scheme ahead of awarding the contract to its construction to the Riverlinx Consortium.

The letter, which it has been confirmed was penned by Hackney’s transport lead Councillor Jon Burke, comes with an offer for other London councils to co-sign, with time of the essence for opposition following legal blocks on the contract award being lifted.

However, Hackney’s overtures are rebuffed by Greenwich council leader Cllr Danny Thorpe, who expresses an aversion to potential press attention that such a joint letter from London boroughs affected by the process might attract, and how it might be used by “political opponents”.

A spokesman for the Stop the Silvertown Tunnel Coalition said: “We in the campaign group were leased in October when the Labour group, having long failed to oppose the tunnel, had second thoughts and wrote to the Mayor.

“We are dismayed to learn that the council leader did not take the opportunity to join with other councils and take a tougher line with the Mayor.

“The result is the contracts have been signed. However, we are sure that this tunnel will not be built and we will step up our campaign on the grounds that it will increase air pollution and contribute to greater greenhouse gas emissions and global warming.”

The letter opposing the project was sent to London Mayor Sadiq Khan on the 24 October on behalf of Hackney Mayor Philip Glanville and Cllr Burke, whose local authority has opposed the tunnel since 2015.

It is also understood that Newham Mayor Rokhsana Fiaz and Deputy Mayor of Lewisham Chris Best were also “willing” to sign the letter, according to the correspondence.

However, Greenwich’s Cllr Thorpe rebuffed Hackney’s offers to join forces in opposition, despite Greenwich Labour Group calling for a pause and review of the project earlier in the month, pointing out that a letter he had written to Mayor Khan calling for tolling on the Blackwall and Rotherhithe had recently been leaked.

Cllr Thorpe wrote: “Having spoken to colleagues this morning in a number of boroughs, I don’t think that this is the way forward. Within a matter of hours, [a] letter that I wrote…was leaked to the Evening Standard and other media outlets, and used in a number of ways by our political opponents. I’m concerned that any joint letters will be used in exactly the same way.

“We have had a lot of positive feedback from residents and members who are clearer about our position and having secured the first unanimous vote on a river crossings policy in the history of Greenwich Labour Group, I’m keen to stick to our position and await a response to our letter from the Mayor.

“I believe that there is merit in a discussion between all of the boroughs affected to discuss in more detail these issues with City Hall directly, and think that strategy is likely to lead to a more positive outcome for all of us.”

Hackney’s Cllr Burke wrote back pointing out that if the contract were to be awarded, City Hall would not be “minded to acquiesce” to requests to a pause, making a further response from boroughs who have expressed their opposition “necessary and urgent”.

Cllr Burke asks for clarity as to whether Greenwich had received any assurances that the contract would not be awarded before the south London borough had received a formal response on their points from Mayor Khan.

However, despite the Citizen‘s FoI request asking for full email correspondence on the topic between the principals, no response appears.

Riverlinx were awarded the £1bn contract to build the tunnel on the 25 November.

Hackney’s letter to City Hall reads: “We are writing to express our grave concerns about the proposed scheme. Silvertown Tunnel will induce even greater demand for motor vehicle use in Central Lodon, worsen air quality, and embed decades of greenhouse gas emissions into London’s transport system.

“It is our firm view that Silvertown Tunnel is the kind of 20th-century ‘solution’ that is completely unfit for the environmental challenges London is facing, and which will only grow in the coming decades.

“We believe that the cancellation of the scheme would demonstrate the kind of vision and moral clarity that our key stakeholders – the children who will have to live with the consequences of our decisions – will thank you for in the decades to come.”

The letter also floats the idea of implementing a “pricing strategy” on the Blackwall Tunnel to reduce congestion, with income to be reinvested in public transport and cycling infrastructure, as well as the potential re-evaluation of the environmental case for the proposed scheme in the context of the IPCC’s 2018 1.5C report.

Requests delaying the signing of the contract are pending further investigations into the full implications of the scheme and an examination of alternatives such as a DLR extension, increased cycling and pedestrian links across the Thames, and tolling on Blackwall and Rotherhithe tunnels.

The Town Hall also raises the possibility of “legal routes” to its opposition to the scheme in the correspondence, seeking to determine “whether there is an appetite amongst boroughs for such action”, adding: “I think it would be fair to say that none of us want to be in this situation.”

Hackney’s administration goes on to express its “disappointment” in the other boroughs’ unwillingness to sign the letter.

A final redacted correspondent wrote to all affected councils on the 27 November: “Perhaps it would be helpful to understand where we all stand on the issue. The views expressed by local councils so far seem to range from vocal opposition to being against it but not wanting to pubicly criticise TfL over it before an election. Is anyone actually in favour of it?”

No response to this question was provided in the correspondence.