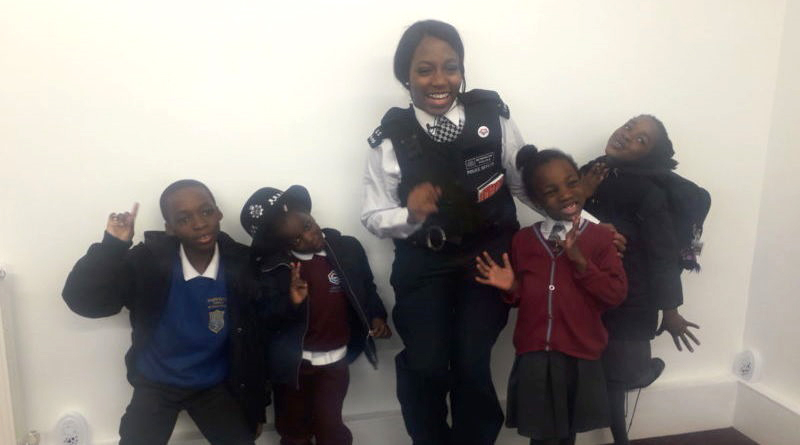 A police officer is facing an investigation after competing in the Nigerian version of Big Brother.

Brixton-based Khafi Kareem will be the subject of an inquiry by Scotland Yard after taking unpaid leave from her post to take part in the reality TV show.

The 29 year-old is half-way through the competition and hopes to host her own travel show were she to scoop the winner’s prize.

A Met spokesman said: “The Met is aware that the officer has since appeared on the show without authority.

“Those who do not behave professionally risk breaching police standards of professional behaviour, and may be dealt with by way of misconduct proceedings.”

The Met said that Ms Kareem was allowed unpaid leave, but for different reasons.

But the Yard said it “does not support the officer’s appearance nor does she represent the Met while appearing on the show.”

Ms Kareem said on the broadcaster’s website she will spend the prize money of £68,000 towards starting her own travel show in Nigeria and charity donations.

Ms Kareem has responded to some front-page press coverage of her appearance with fury by saying: “This brazenly sensational and defamatory outburst… is written in poor taste without considering the ethics of journalism which seeks balance and objectivity.”

Her management team asked for some coverage to be taken down.

They said on her social media: “Khafi‘s side of the story is deliberately and conveniently omitted.

“This comes from a repressive culture of shaming and characterising women for their sexual decisions and life choices.”

Kareem has worked at Lambeth station since 2015, after working part-time as a special constable for the previous four years.

She appeared on a Met police poster last year next to Met commissioner, Cressida Dick, celebrating the 100th anniversary of women officers being able to join the force.

Pictured: Pc Khafi Kareem at a community event last year to mark the 75th anniversary of women in the Met