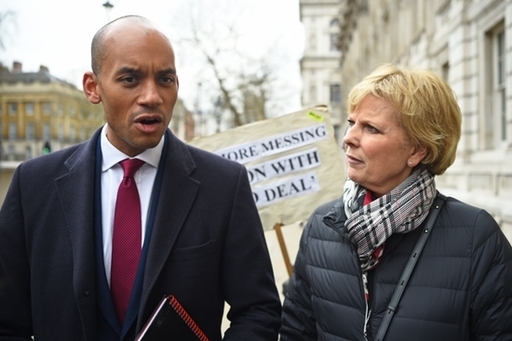 Party workers who helped defecting MP Chuka Umunna get a 26,000 majority at the 2017 General Election have slammed him for defecting to the LibDems – after years of condemning the policies of them.

Tulse Hill Labour Party has condemned the Streatham former Labour MP, Mr Umunna, for joining the LibDems two years after tweeting: “I could never ever countenance suggesting voters support Liberal Democrat or Conservative candidates on account of their Remain credentials. This would require turning a blind eye to the cuts to local schools, the NHS and other public services by both parties in Government from 2010 to 2015 and carried on by the Tories alone since 2015, which all our communities are now sufering from.”

He also said in 2014: “Lib Dem supporters: please stop asking me to join. I wouldn’t be caught dead in a yellow rosette. And that’s a #chukapromise.”

The statement from Tulse Hill Labour party said: “Voters in Streatham roundly rejected the LibDems in the last election giving Labour a 26,000 + majority. Mr Umunna himself has previously said he would never advise voters to support either the LibDems or Tories given their shameful record. Now he has joined them.”

Tulse Hill Labour Secretary, Nick Toms, added: “Unfortunately, Mr Umunna has abandoned his constituents and the policies they elected him upon. He knows they have been hard hit by brutal Tory/LibDem austerity. Many are in desperate circumstances. Yet now he has joined the people responsible for this.

“The only thing he seems to care about is himself and his career. He has joined the LibDems simply to try and save his seat, given ChangeUK were going nowhere.

“We have no doubt voters in Streatham will see straight through him and elect a new Labour MP when they get the chance.”