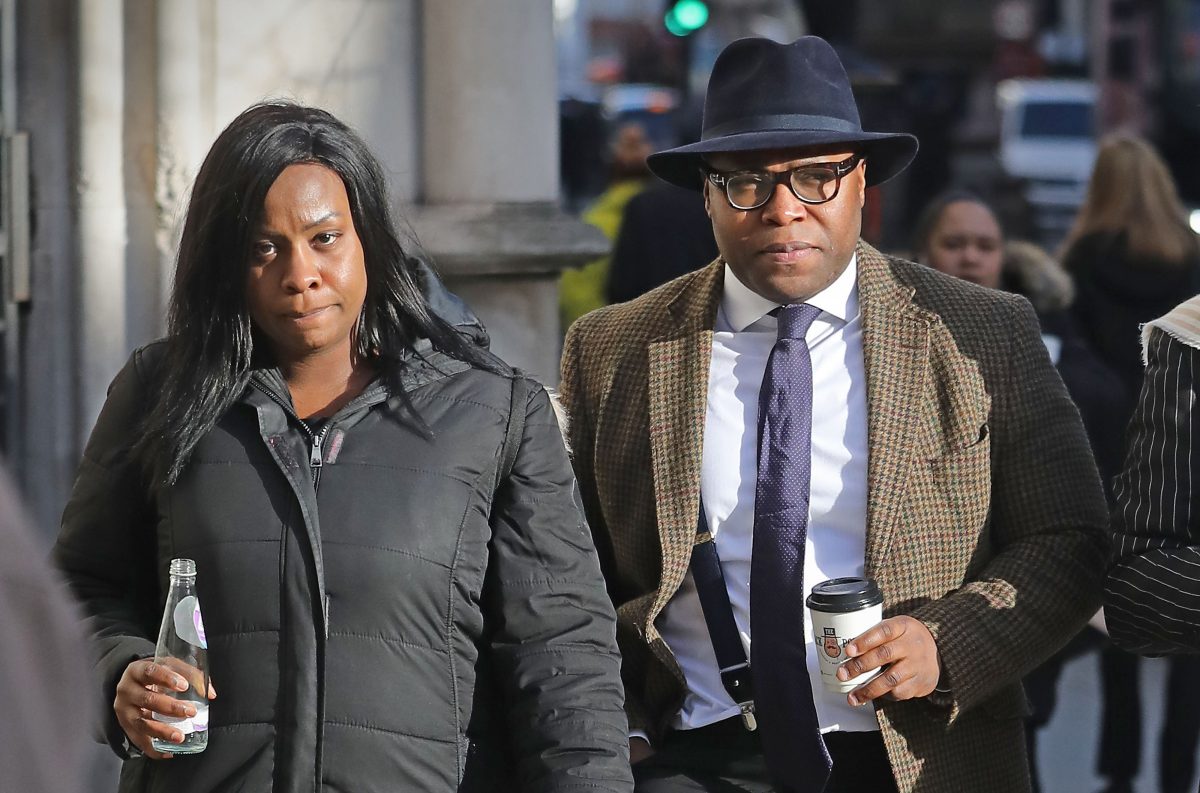 A father desperate to see his dying son has been denied access to his hospital ward amid a rancorous court battle to try and save the boy’s life.

Lanre Haastrup from Peckham has vowed to use every legal means available to force medics at King’s College Hospital (KCH) to keep his son Isaiah alive.

But health bosses have now banned the 36-year-old from entering the ward after a confrontation.
A court hearing was due to take place on the visiting ban yesterday.

Isaiah, who had his first birthday last week, suffered catastrophic brain injury after being deprived of oxygen at birth and cannot move or breathe unaided. He is on a ventilator and has a profoundly depressed level of consciousness.

Lanre says on his justgiving page pleading for funds for his case: “Three days before his birth his mother Takesha was admitted to the hospital to be monitored. Isaiah is a full term baby and had no issues during gestation. During labour his mother’s uterus ruptured which caused Isaiah to be starved of oxygen  which culminated into severe Cerebral Palsy.

“Treating doctors have reached the conclusion that it would be in Isaiah’s best interest to stop treatment. We do not accept this proposition.

“The matter is currently at the High Court on whether to continue treatment or not. We want to provide the court with  international independent medical opinion from doctors not connected with the NHS. We have identified several doctors who are willing to travel to the United Kingdom to examine Isaiah and give their opinion to the court. This would require considerable amount of money. Time is of the essence.

“The funds would assist us  to do the following things:
1. Pay the expert travel expenses, opinion fee, hotel fees and court expert attendance at court.
2. Transfer fees  to another hospital.
3. Payment for the legal fees.
4. Pay various other connected fees.

“We would also be grateful if the members of the public could provide us with any other hospitals or seasoned neurologist in the area of Cerebral Palsy.

“Our son did nothing wrong. He formed perfectly for the enitre 9 months; he deserves to live. Please  I invite everyone  to assist us urgently. We do not have time.”

SPOKESWOMAN: HIS BEHAVIOUR INTIMIDATED STAFF AND HE FRIGHTENED OTHER CHILDREN

King’s College hospital said in a statement: “Throughout his son’s time at King’s, Mr Haastrup’s behaviour has frequently fallen short of acceptable standards. His persistent verbal aggression, intimidation and threatening behaviour towards staff caring for Isaiah resulted in the Trust issuing him with a behavioural agreement in May 2017.

“Despite the agreement, his behaviour has continued to be unacceptable. Mr Haastrup was banned at the start of November last year and unfortunately once again at the weekend (17 February 2018), his behaviour on the ward not only scared and intimidated staff but also frightened other children and families which resulted in the Trust’s security team being called.

“Behaviour that causes distress to those in our care and endangers our staff is unacceptable and will not be tolerated. Such standards apply to anyone attending the hospital and therefore Mr Haastrup is currently banned from the ward.”

There were two court hearings on Wednesday – one before three appeal court judges to plead for a three-week adjournment so Lanre could prepare his appeal against a January 29 ruling ordering treatment to be withdrawn. The court ruled in favour of KCH, because it was not in the baby’s interests for treatment to continue, as he had no prospects of recovery.

A spokeswoman for King’s College Hospital NHS Foundation Trust said: “Following a rare and life-threatening obstetric emergency during his mother’s labour, Isaiah suffered an irreversible and profound brain injury. Sadly, despite ongoing intensive treatment and the highest standards of care, he remains severely disabled and fully dependent on life support. Since his birth, there have been no indications that his condition has improved.

“We conducted a full investigation after his birth that concluded his mother experienced a rare and catastrophic event during labour which was the primary reason for his brain injury. The investigation recognised that specific issues in monitoring during labour were a contributing factor to his condition.

We apologise unreservedly for this.

“Based on his prognosis, we believe that palliative care would be in Isaiah’s best interests. We have sought a number of external expert opinions who agree with our clinical findings.”