BY KEVIN NOLAN AT THE LIBERTY STADIUM

On a rainswept evening in South Wales, a painfully young Charlton side which included a pair of youngsters making their full debuts and featured, at various stages, seven players of touchingly tender years, were unable to turn a stirring second-half rally into tangible reward.

Yan Dhanda’s fine 14th minute goal was enough to inflict a second narrow defeat on the road within four days.

Thursday January 2 2020 had begun euphorically with the news that Roland Duchatelet’s toxic reign over Charlton was finally over. The baton had passed from Belgium to United Arab Emirates and an ugly chapter in the club’s history had ended. Be careful what you wish for and all that but a change is as good as a cure, so they say. We’ll see about that.

In the short term, though, new owner bounce proved unable to inspire the desired result. Apparently it only works for managers.

At Liberty Stadium, instead, Lee Bowyer’s patched-up team endured a torrid first half going over from rampant opponents who cut through them at will. The Swans took an early lead, created – and squandered – a glut of other chances to consolidate their lead and reached the break astonishingly only one vulnerable goal to the good.

More by luck than judgement, on the other hand, the Addicks were still in with a shout. Their second half performance was, though fruitless, hugely encouraging. 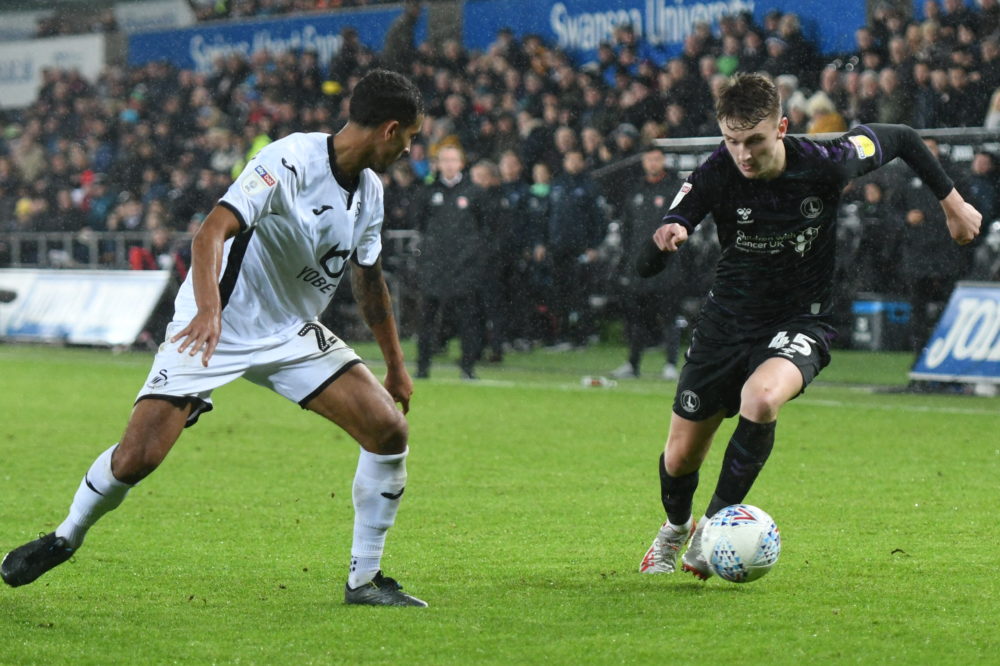 Hardly a veteran himself, Dhanda’s match-winning goal was almost all his own work. Picking up Wayne Routledge’s short pass, he made useful lateral ground before releasing a swerving 20-yard drive which, possibly assisted by a faint deflection, eluded Dillon Phillips’s grasp on its way inside the right post.

Struggling to cope with a wave of attacks, the visitors were almost sunk without trace.

Borja Baston should have immediately doubled the lead but blasted risibly high after being skilfully set up by George Byers; Dhanda tried his luck again but was off target from another promising position; Andre Ayew met Routledge’s right side cutback with a close-range rocket which Phillips saved brilliantly; the rebound was hammered against the foot of a post by Byers, then incredibly drilled against the other post by Ayew. There were other hair-raising moments before the Addicks retired for their break humming the theme from The Great Escape.

The second session of this quite literally boys vs men encounter was a vastly different story.

It began with the replacement of thigh strain victim Lyle Taylor by Alfie Doughty which increased to six – seven if you include Phillips – New Eltham greenhorns who carried the fight to their first-half tormentors. 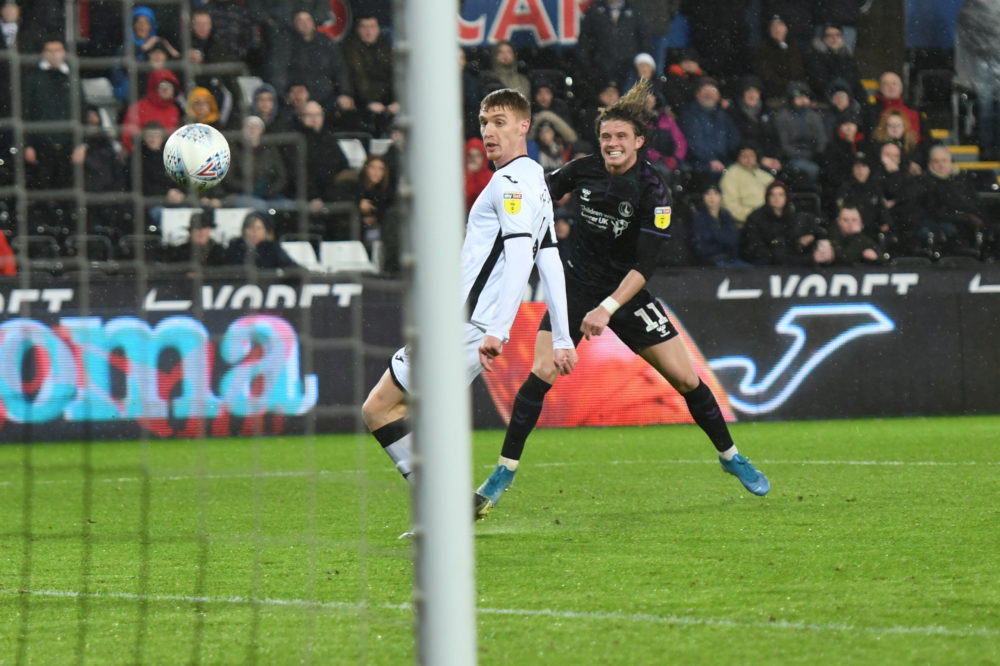 When James Vennings replaced a worryingly injured Albie Morgan to swell the numbers of Charlton kids to seven, the spirited Addicks began to outplay their increasingly anxious hosts. Another electrifying burst by Doughty produced a crisp low cutback which agonisingly eluded his team-mates in the six-yard box There were few other clearcut opportunties but the South Welshmen were no longer the effortlessly superior stylists of earlier evening.

The belated introduction of Naby Sarr up front brought with it the usual chaos and may have encouraged Bowyer to repeat the experiment in Sunday’s Cup clash with WBA.

In a late flurry, Josh Davison’s sharp shot on the turn tested Woodman, who was also equal to an added time effort from Conor Gallagher, himself a relative old stager in such callow company. 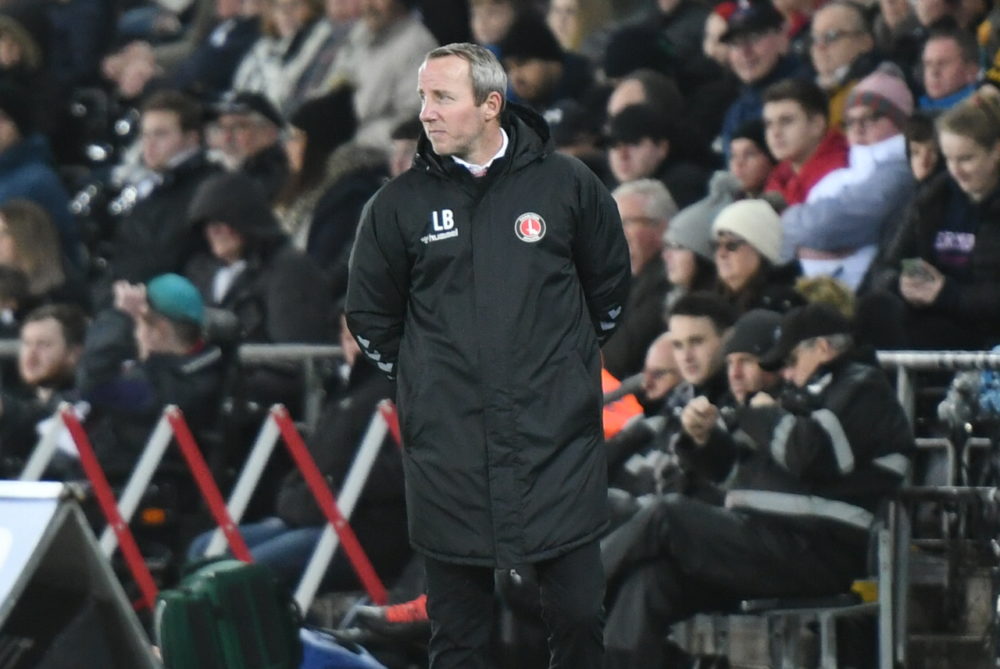 While stating his pride in the mixture of tyros and old sweats who recovered from a nightmarish first half and reduced Swansea to nervous wrecks pleading for referee Peter Bankes’ final whistle, Bowyer will nonetheless recognise that results must dramatically improve.

Only one win and four draws from their last 14 games, with no clean sheets achieved, is relegation form. Pure and simple.

It’s unthinkable but entirely possible that Charlton’s potentially brave new world should begin in the quicksands of League One. For a true measure of the horror that awaits us there, let’s turn to the words of Eric Bogle’s bitter Gallipoli lament -“never knew there were worse things than dying.” 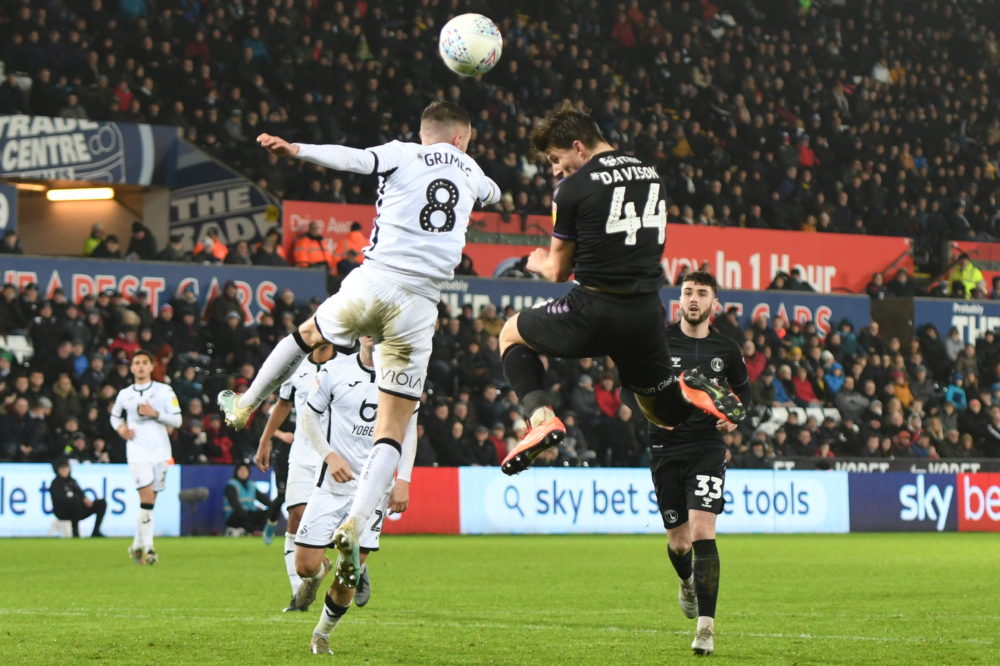