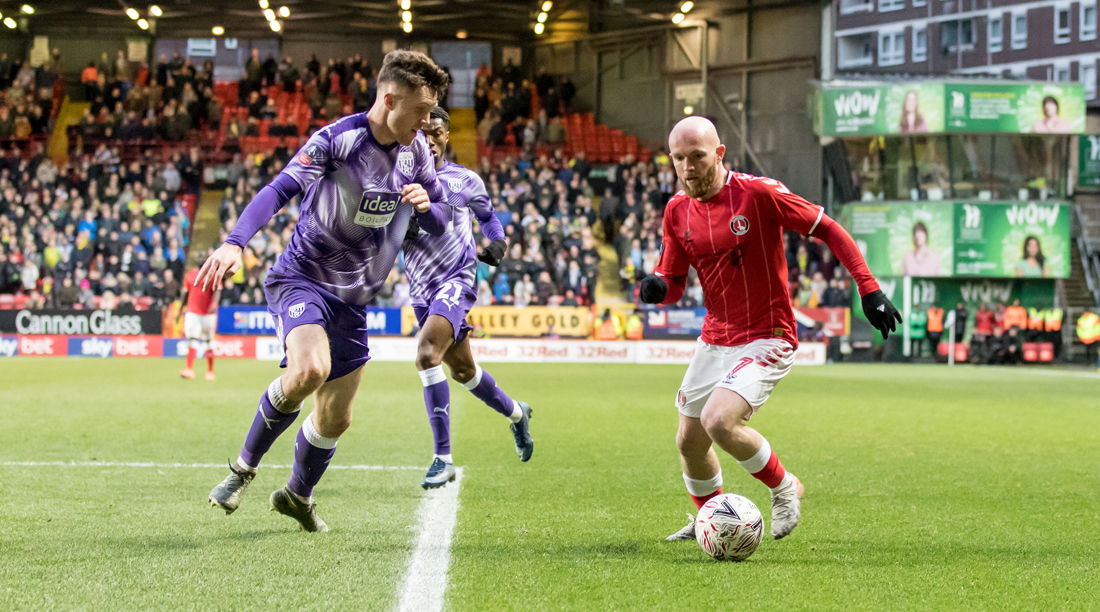 With the scoreline just 1-0 in favour of the visitors, the romance of the competition was nowhere to be seen as Josh Davison’s agile effort redirected Toby Stevenson’s cross against the Baggies’ bar in the last minute of regulation time. An equaliser then would have set up a replay next week at The Hawthorns, a prospect which clearly sent shivers down the spines of both Lee Bowyer and Slaven Bilic. 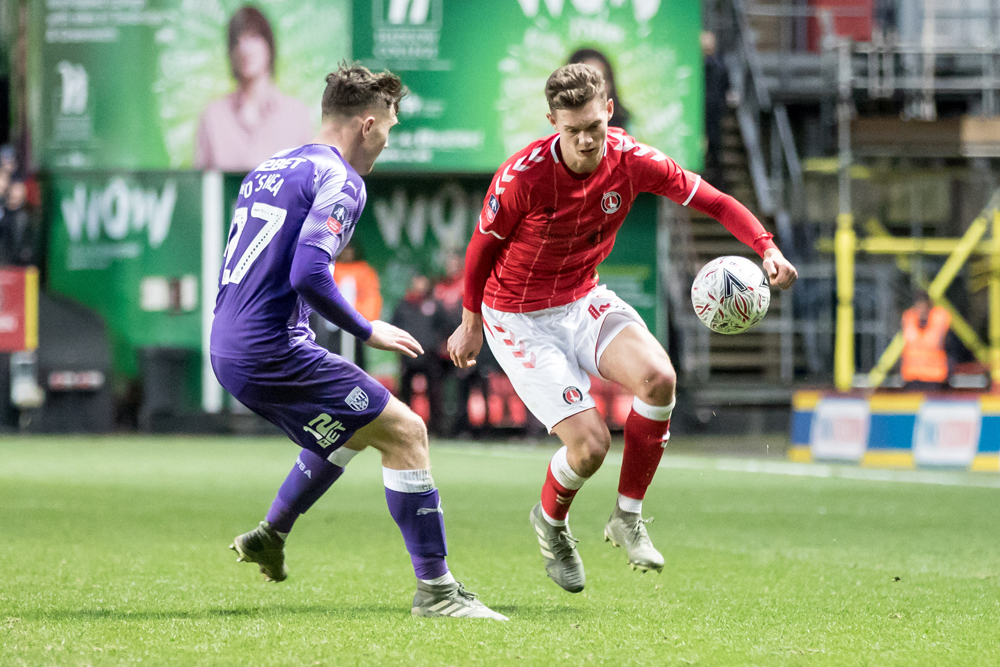 With his injury problems finally beginning to ease, Bowyer needed an extra game like a painful pebble in his shoe; for his part, Bilic, who also fielded a bespoke side suited to the circumstances, is focused on returning Albion to the Premier League. Each of them was looking over the other’s shoulder to the league fixture at the same venue this Saturday.

Charlton’s debutants featured 16-year-old Aaron Henry, who was still to be born when Gareth Barry (38) turned out for Aston Villa at the Valley on September 20 2003. 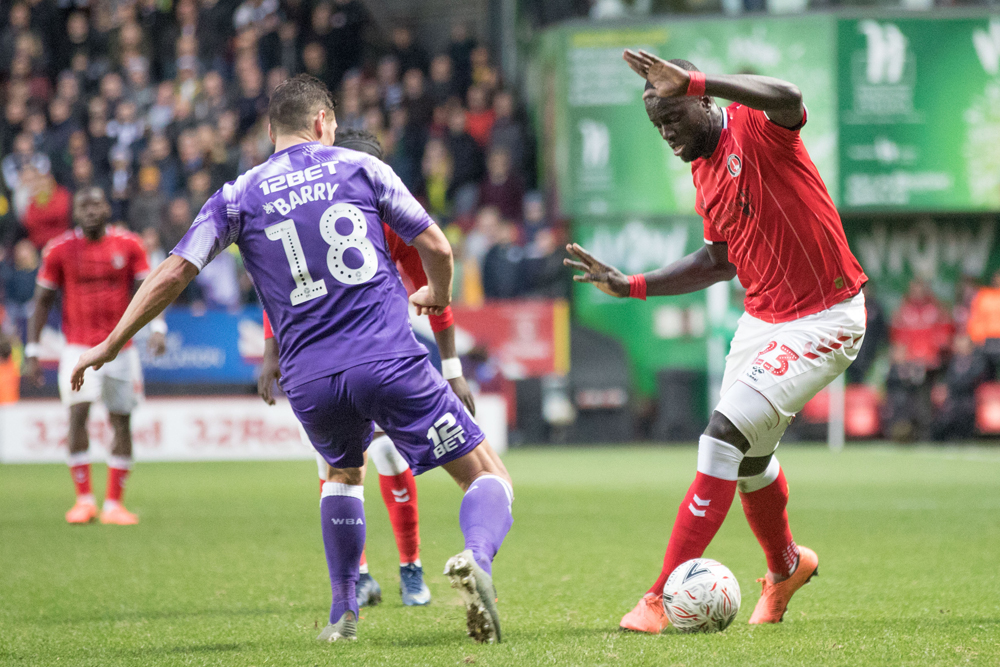 Young Henry wasn’t overawed and contributed 60 lively minutes before “grizzled veteran” Albie Morgan, himself a teenager until next month, took over from him.

Also making his bow was Aston Villa loanee Andre Green, 21, who crowned a useful first appearance with a fierce shot on the turn which forced a fine save at the foot of his left post from Jonathan Bond. 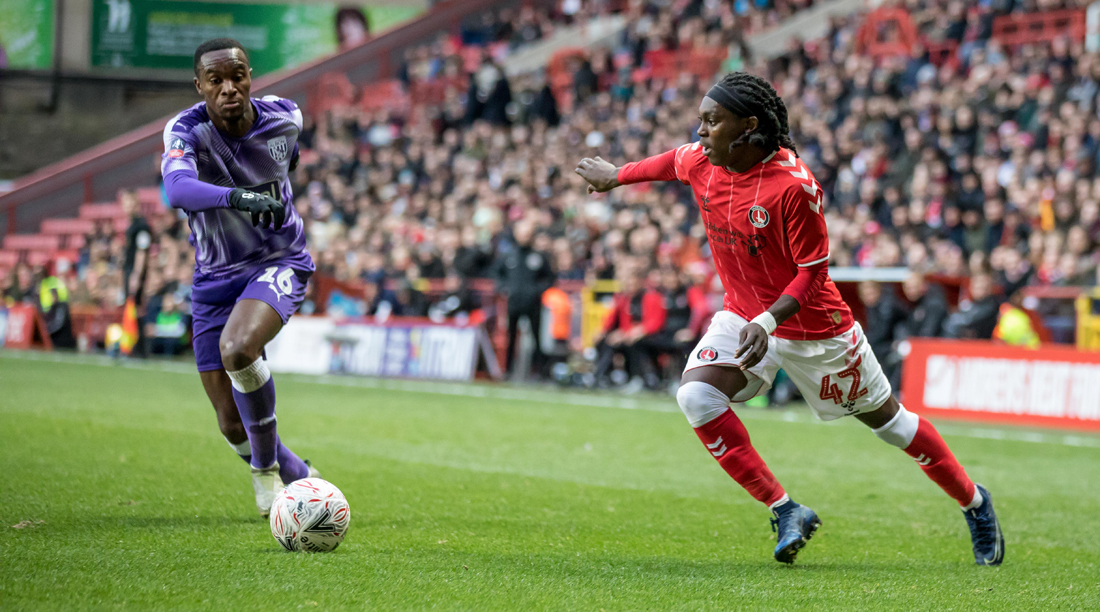 The Addicks did enough to earn themselves a replay; whether that would have earned them Bowyer’s undiluted congratulations may be left to the imagination.

With Deji Oshilaja and Naby Sarr rock-like in central defence, Charlton traded on level terms during an opening half hour of few chances.

Brendan Wiredu had shaved a post with a 20-yard volley and their keen-as-mustard kids were giving as good as they got until the visitors struck two minutes past the half hour. Kenneth Zohore’s lightning-quick one-two with Kyle Edwards outwitted the home defence and Zohore made the most of his sudden freedom by slotting a cute finish through Phillips’ legs from close range. 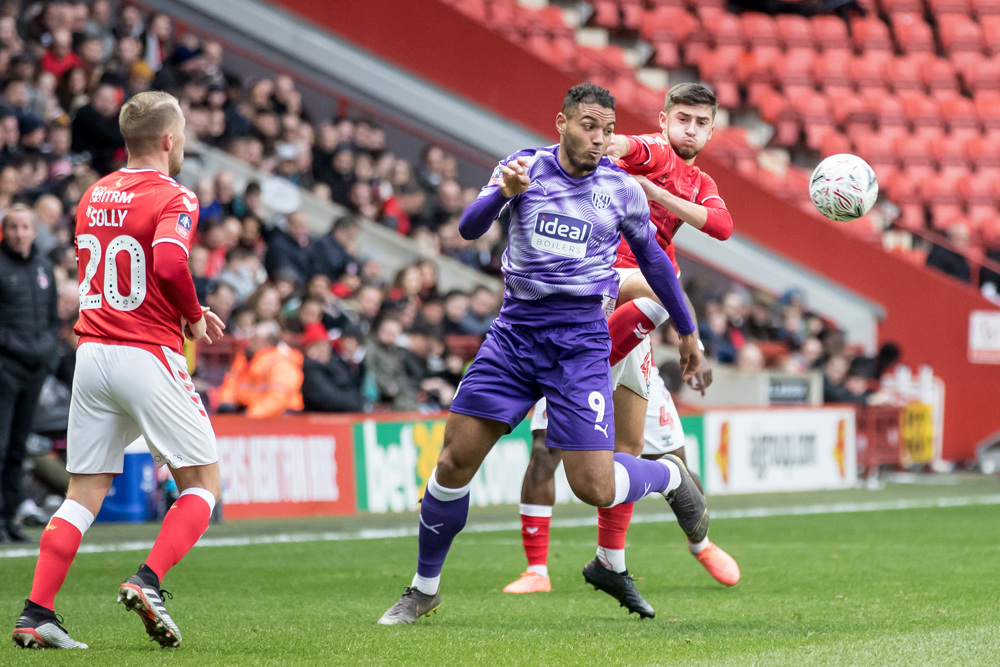 Though sorely disappointed by the setback, Bowyer’s depleted warriors showed no sign of falling apart.

A pair of bruising but perfectly fair defensive blocks by Oshilaja rattled the teeth of Edwards and Charlie Austin; at his elbow, a series of interceptions and finely judged tackles by Sarr, who regularly turned defence into attack with surging runs over the halfway line and perceptive passes to either flank. 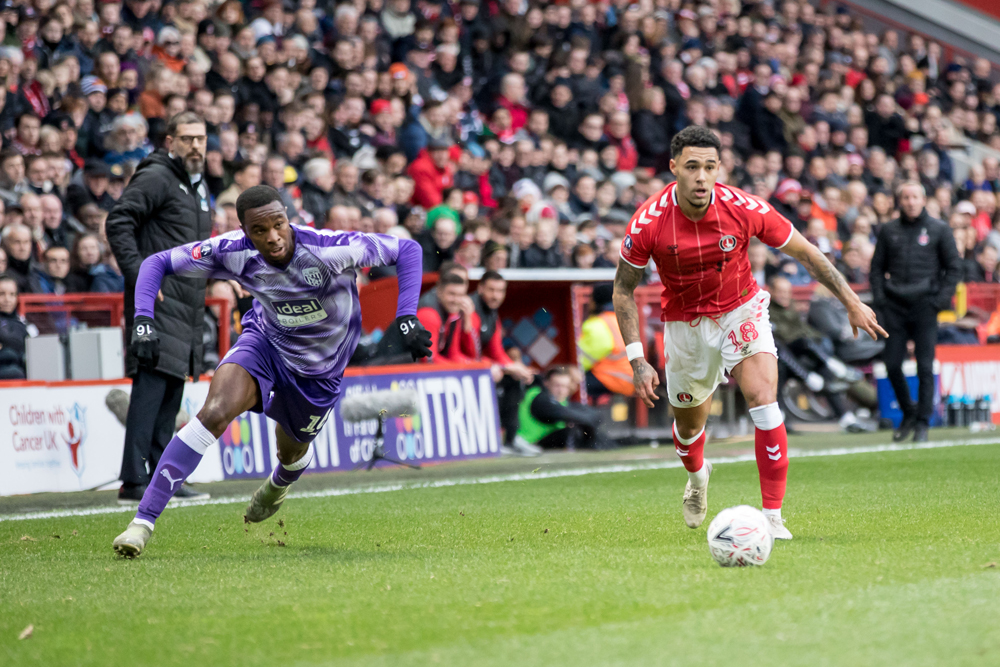 During a brief period of ascendancy, Davison’s twisting header at Bond from Henry’s curling cross and Green’s impressive accuracy in turning on Sarr’s pass to the keeper Bond, were the highlights.
But the savvy East Midlanders remained the more dangerous side.

Chris Brunt was desperately unlucky when his shot with that reliable left foot rebounded off the bar and Phillips produced a wonder save to keep out Austin’s rebound from point-blank range. 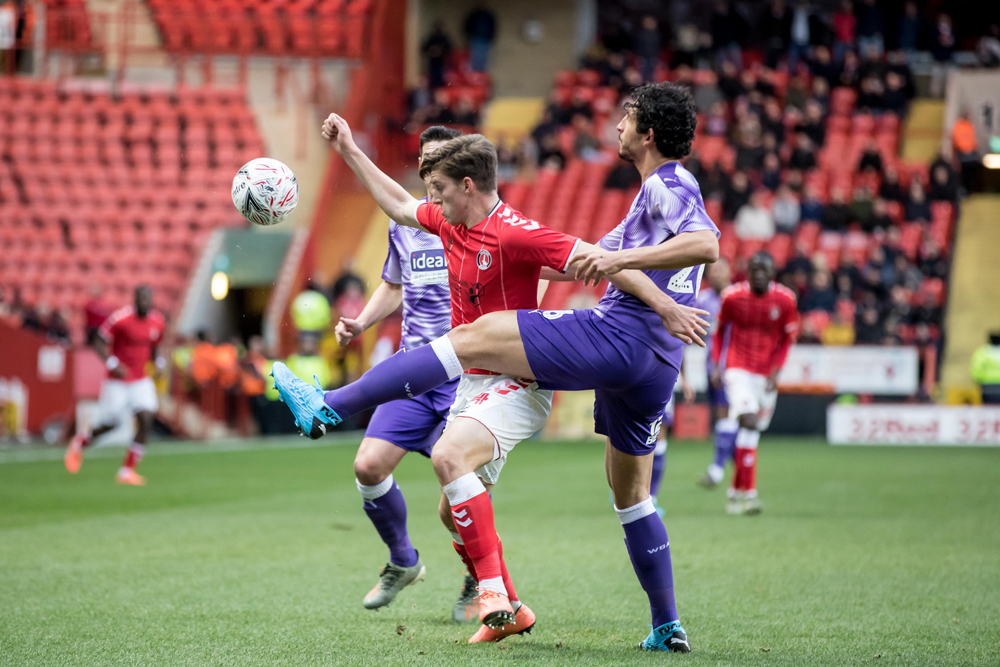 Austin also had a confident penalty appeal turned down when a red-clad arm appeared to meet his firm header from Conor Townsend’s perfect delivery.

By the time Austin clipped Brunt’s artful pass against the foot of Phillips’ right post, Albion’s failure to seal the deal left them exposed to a late riposte from the gutsy South Londoners.

Victims of Josh Cullen’s late penalty at The Hawthorns on October 29, they teetered uneasily. 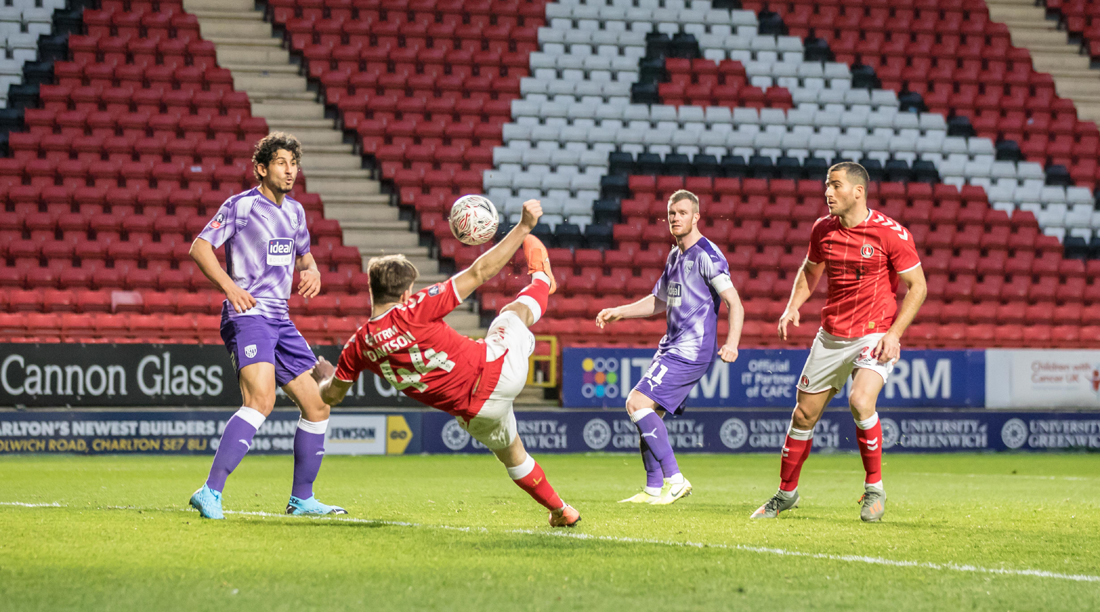 With the North Stand willing another late equaliser from their callow heroes, Davison’s last-minute overhead effort connected athletically with Sarr’s left-wing cross but came back to safety off the bar.
Substitute Tomer Hemed’s added-time volley dipped over the target and Charlton’s race was finally run. 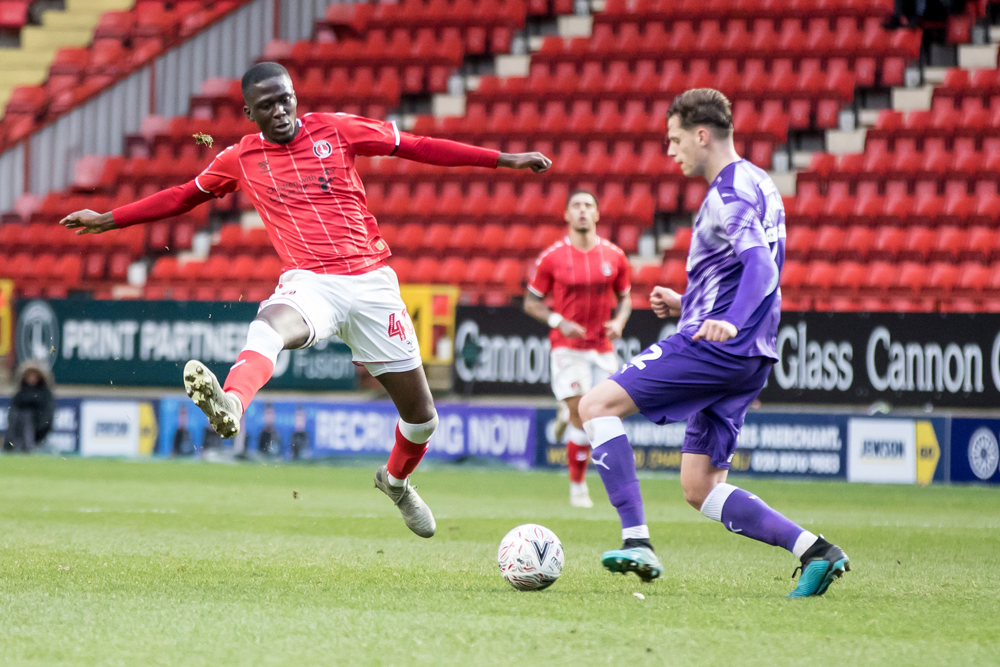 The second leg this weekend will be disputed by two drastically different line-ups. Should be tasty. Difficult, of course, but tasty.