Confident but possibly a little too sure of themselves, Reading became the latest Championship side to find out the hard way that bargain basement Charlton are the real deal.

The Royals were given a lesson in class by Lee Bowyer’s uppity commoners, each one of them ready to cover that extra yard, make that crucial tackle and, as usual, risk life and limb in snuffing out danger near their goal. 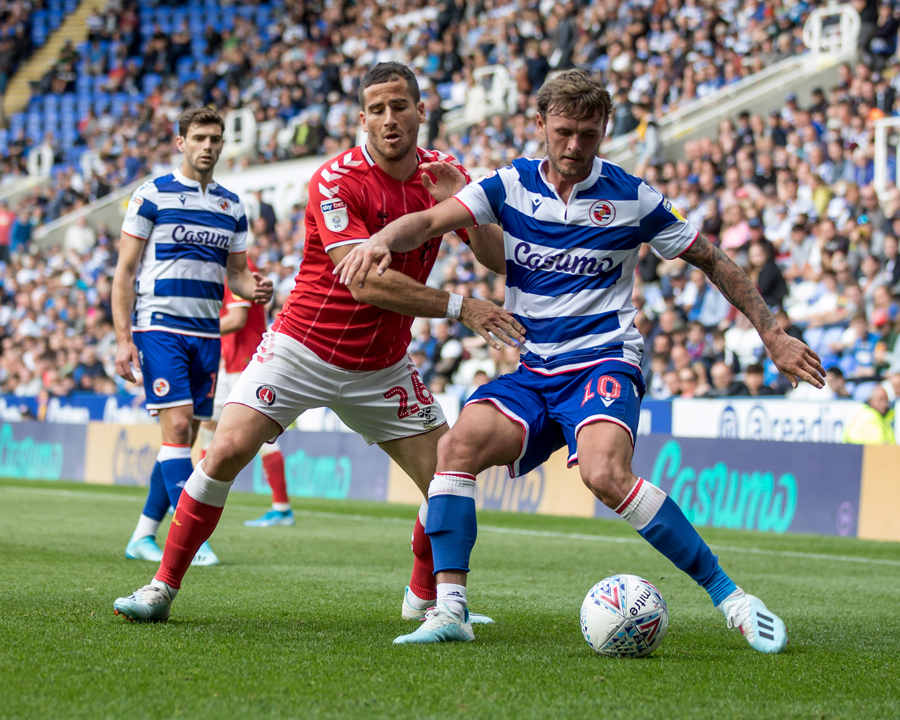 There is of course, as the division is learning, far more to these superb Addicks than raw spirit.

The finer arts of football are safe in their hands or – more accurately – talented feet. Pass-move-pass has become their mantra, with each player from back to front comfortable on the ball and encouraged to express himself in dealing with it.

Whenever possession is surrendered, winning it back promptly becomes the pressing priority. An unbeaten run of six Championship games at the start of what was predicted by experts to be a hopelessly uphill struggle is undeniably impressive. 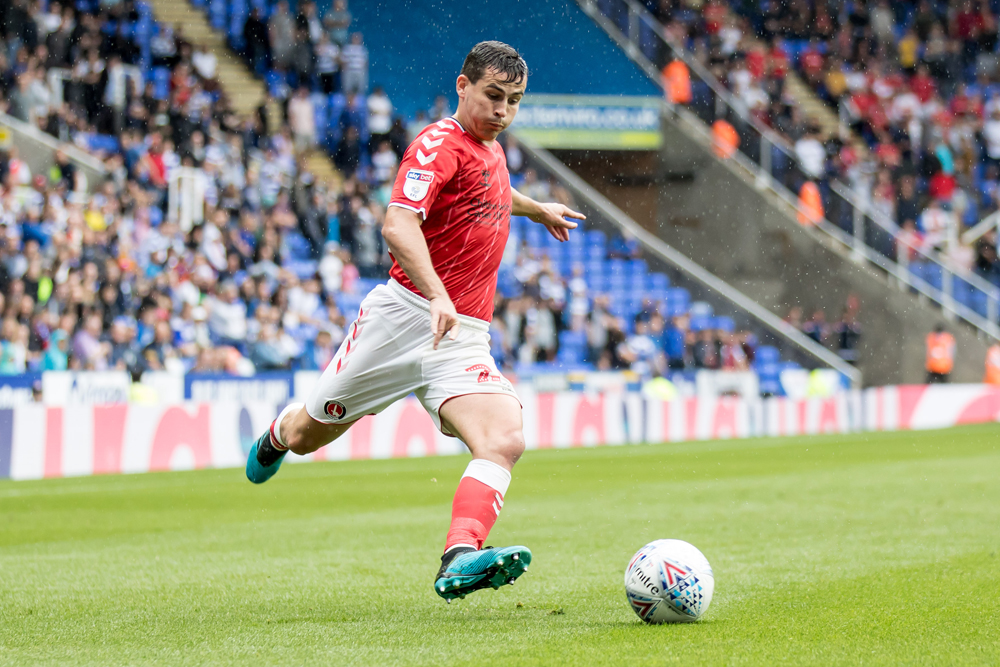 A first defeat will occur sooner or later but Bowyer’s battlers will fight tooth and nail to delay the inevitable. Their defiance is guaranteed.

This latest coupon buster, described by Reading’s official website as “against the run of play” not to mention “a surprise” was in fact richly deserved.

Had several clearcut second-half chances been converted, the Addicks might have won in a canter. 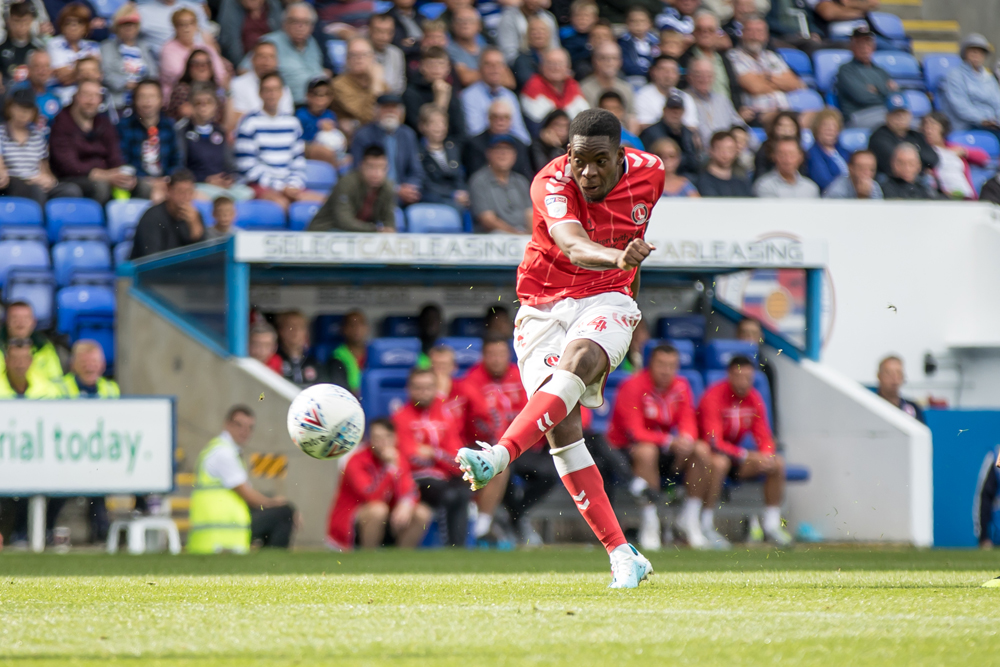 As it was, they left behind in Berkshire well-beaten hosts.

And when Dillon Phillips’ customary excellence is cited by the losers as evidence of their ill-fortune, you know they are reaching just a little.

Phillips’ contribution to another outstanding team performance was remarkable resourcefulness when under pressure and three fine saves at critical stages in this entertaining game. That’s his job and he happens to be good at it. 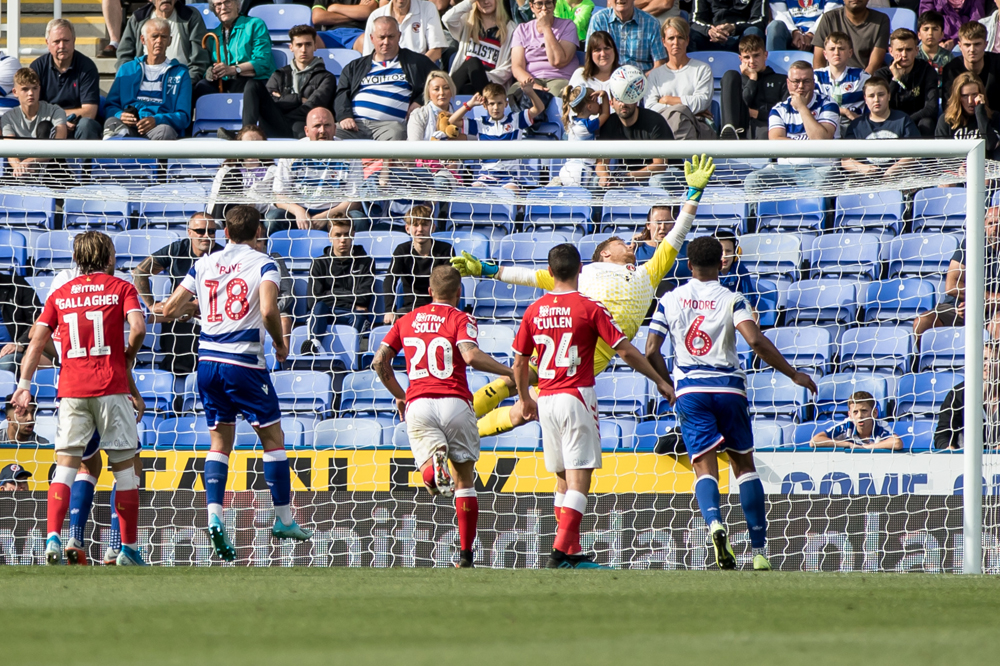 Phillips made his first intervention with the game still scoreless a few minutes before the interval when he intelligently narrowed the angle as George Puscas broke clear; his outstretched right leg stopped the forward’s shot. He followed up with a flying tip-over of Ovie Ejaria’s second-half blockbuster with the visitors leading 1-0 and crowned his important display by keeping out John Swift’s dipping free-kick as the Royals pressed desperately in the dying minutes.

Phillips was given stout assistance from resistance which began with Lyle Taylor’s ceaseless closing down up front and spread through the side like a security blanket. 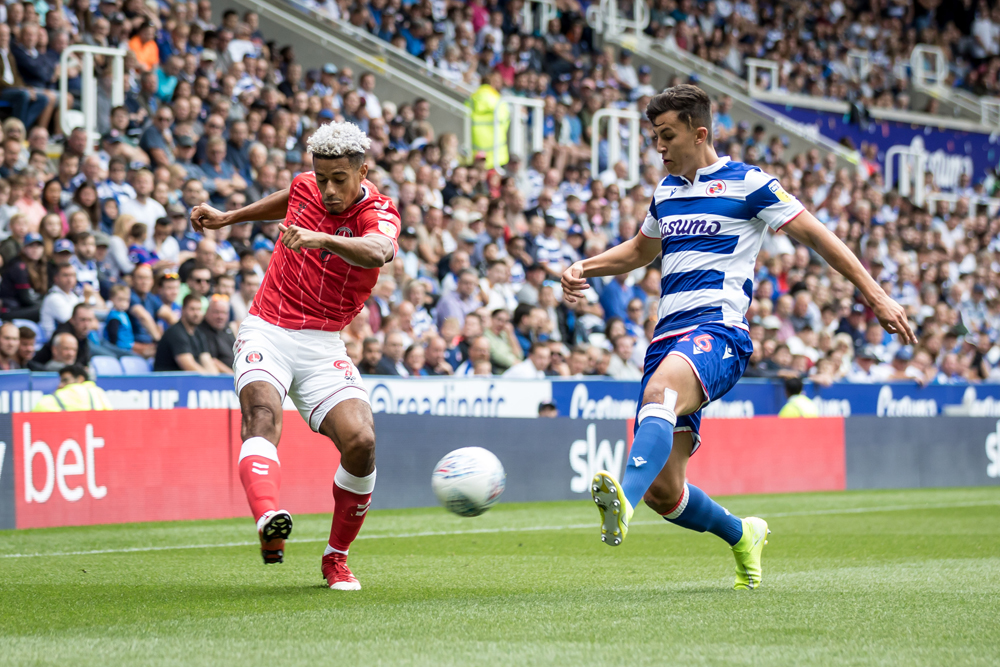 There were the customary defensive blocks in and around their 18-yard line, among which the latest of Jason Pearce’s head-first, patent-pending plunges into the mouth of a cannon stood out. Stand-out recovery tackle of many was made by the brilliant Conor Gallagher on Ejaria.

Denied a clear penalty before the interval when Australian referee Jarred Gillett failed to spot the blatant wrestling throw Liam Moore used to dispose of Jonny Williams’ annoying attentions, the Addicks moved in front early in the second period. 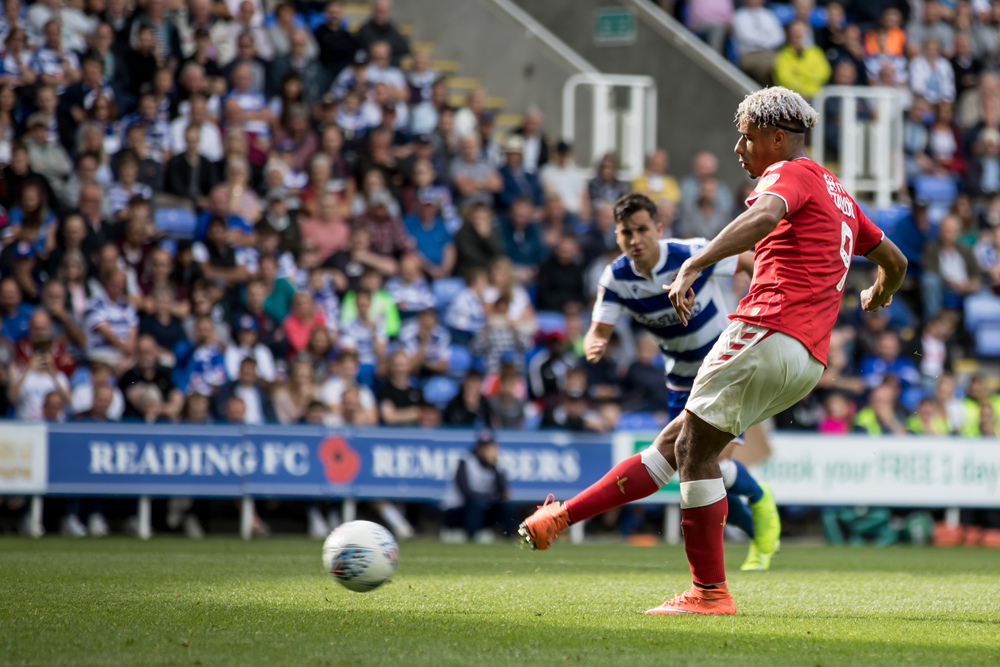 Provided with a second shooting chance when his first attempt rebounded back to him, Jonathan Leko made the most of his follow-up effort by finding Rafael Cabral’s net with the help of a deflection which left the keeper standing.

Leko’s first goal for Charlton capped an improved performance by the unpredictable Congolese.

As the Royals sagged, they should have been finished off by Leko, who cut in from the left but drove into the sidenet. 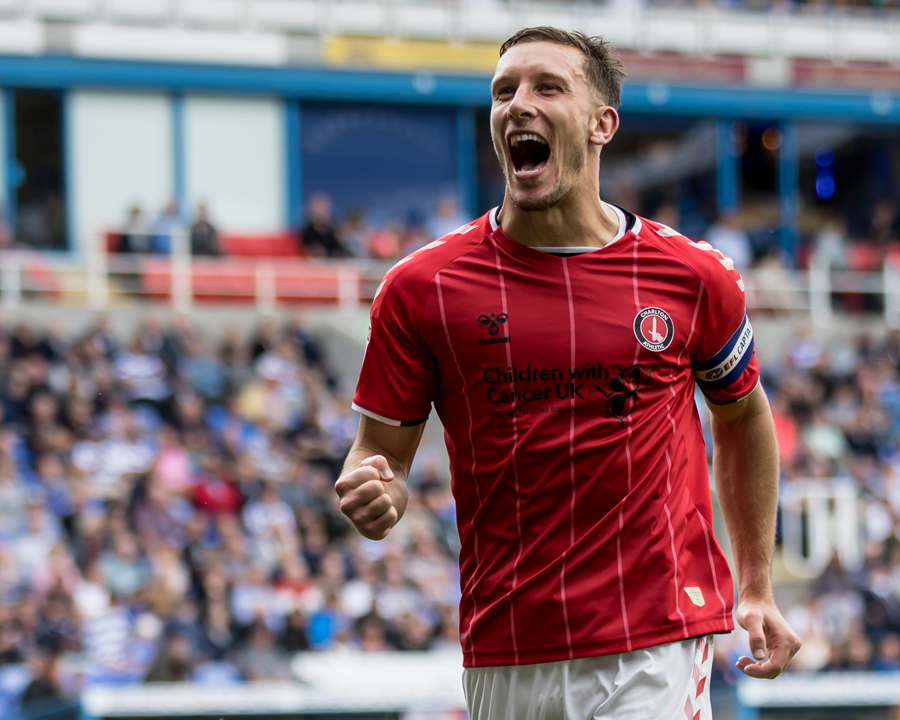 Gallagher was then cleverly set up by Leko but Cabral sprawled full length to keep out his blistering drive. The teenager later took too long over a point-blank chance as the Addicks struggled to apply the coup-de-grace. Until, that is, substitute Chuks Aneke powered into the penalty area, survived one attempt to bring him down but eventually succumbed to a second assault.

Lyle Taylor ruffled local feathers with his trademarked spot-kick routine before casually rolling Charlton’s clinching goal into the bottom right corner. Having stationed himself close to the left-hand post, Cabral was beside himself both literally and metaphorically.

His feet firmly on the ground, Bowyer paid tribute to his “fearless” players. 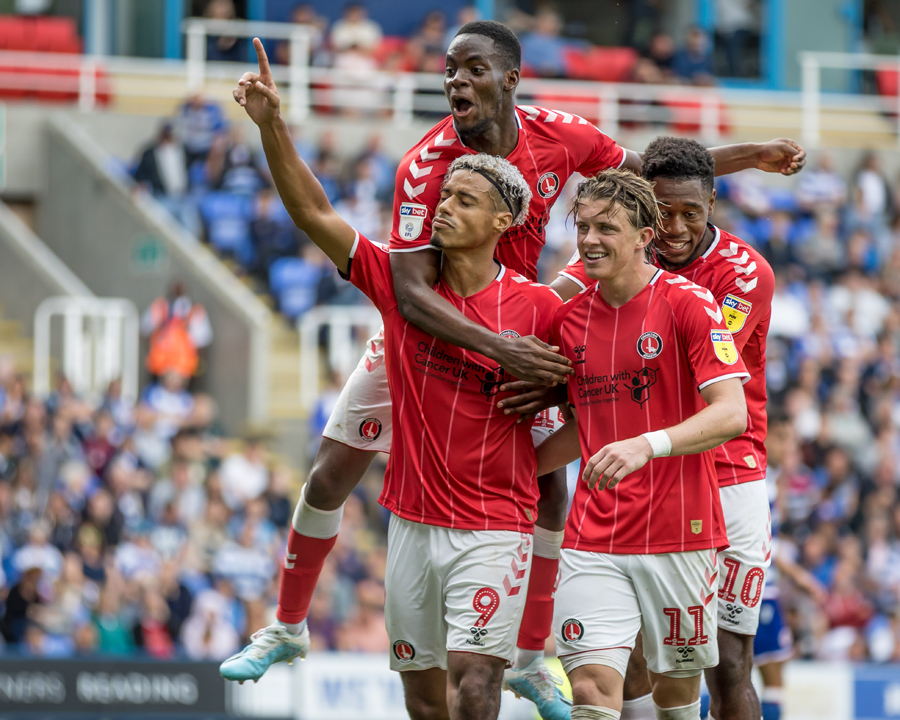 “We had a bit of luck first half, if they had taken that chance that Dillon saved at the end, then it would have been a different game.

“From back to front, we were excellent and deserved three points. People laugh at us when we tell them what our budget is.”

None of his meagre budget need be spent on a right-back where streetwise Chris Solly recovered from concussion to subdue trickster Ejaria after a nip-and-tuck duel. Nor at centre-back while Pearce and Tom Lockyer perform with such spirit and understanding. Sam Field was stylishly cool, Josh Cullen and Williams brave midfield dynamos and a strong bench of capable Addicks promised comforting strength in depth. No team in the Championship deserves a two-week break more than they do.