Josh Cullen has played once at Wembley and he admits the bitter taste of League One play-off final defeat is fuelling his drive to go one better at the end of May.

The West Ham loanee has been an excellent addition to the Charlton ranks this season.

And his third-place finish in the club’s Player of the Year awards at the weekend might have been higher if he had not missed a chunk of the campaign with a dislocated shoulder.

Cullen, who turned 23 last month,  is comfortable on the ball as well as showing an eagerness to bite into tackles.

The season-long loan move to SE7 has been almost everything he hoped for. When I say almost, the missing piece of the jigsaw is sealing promotion to the Championship.

Cullen played 46 times for Bradford in the 2016-17 season, his second  loan at Valley Parade. But it was Millwall celebrating victory at the national stadium, wily predator Steve Morison heading an 85th-minute winner.

That summer might have seen the former Republic of Ireland U21 star head back to a Premier League club. But it did not take the edge off his disappointment.

“It did hurt as much because of all the hard work you’ve put in over the season,” said Cullen, who was also part of the Bantams side edged out by Millwall at the semi-final stage in the campaign before.

“You buy into the club and you’re in the changing room with the lads and get a tight bond.

“You’re in it together and want to achieve the end goal, regardless of whether you’re a loan player or permanent player.”

“It’s an experience that you can get carried away with – because of what is riding on the game, playing at Wembley and all that sort of thing. But, at the end of the day, it’s only another game of football.

“That’s the thing I take from that [last experience]. It was a disappointing day. Once you get there, all you want to do is win the game and get promoted.

“It didn’t work out for us – but that’s only made me more determined. There is a bit more fire in the belly, to make sure that I achieve it this time with Charlton, that we do go all the way and get promoted.

“Football is a game of fine margins. Who is more clinical in both boxes? A little bit of magic or luck can decide these sort of games.

“We’re confident going into this that we’re doing the right things in both boxes. Hopefully that will stand us in good stead.”

The Addicks have not done a whole lot wrong in 2019. 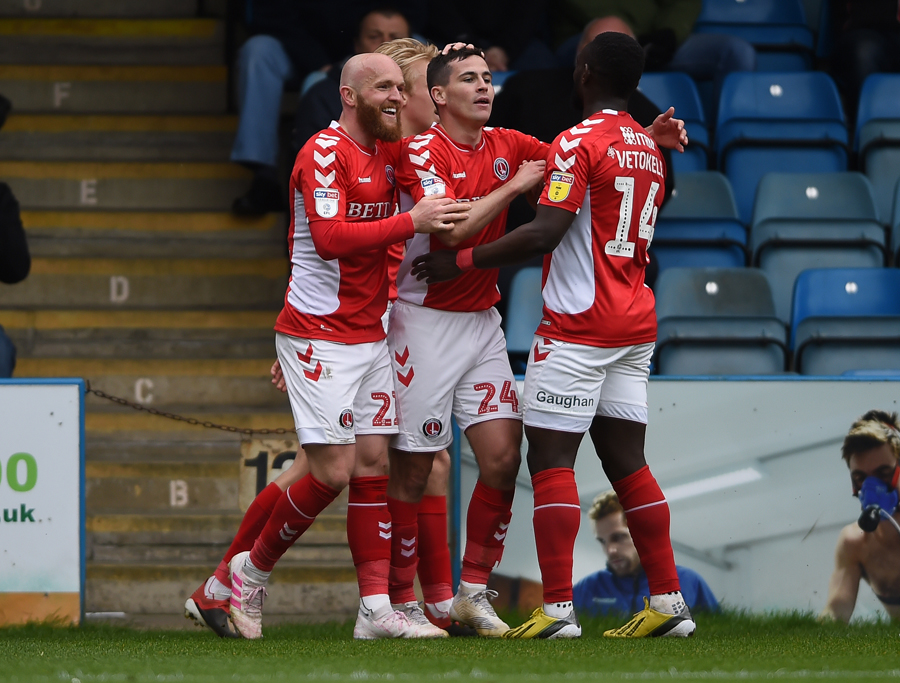 Four defeats in December made finishing in the top-two a tougher ask. There were two losses in August too, when Lee Bowyer’s squad was still under construction.

“Promotion was always the aim,” said Cullen, who arrived at the end of August.

“We were relying on other teams to slip up – and the two who have gone up have been pretty faultless really.

“Listen, we’re not disappointed. Because we’re in a position where realistically the play-offs was what we were looking to achieve.

“We finished third and we’re going into the play-offs with great momentum and going into it confident.”

Charlton have won 10 of their last 13 League One matches.

It throws up the old argument about how much form counts now in what is a knock-out format.

Cullen said: “I think there’s a factor, definitely, going into the play-offs with momentum. I don’t think any team can just turn it on and off.

“Once we knew we were secure in the play-offs, we made an effort with our last few performances to make sure we were going in with good form. But when it comes to where you finish and who the favourites are – that goes out the window. Because every team in there is a good team and deserves to be in there.

“It’s going to be tough, we know that.

“I don’t feel like we’ve come up against a team who we should be worried about.

“Of course we respect all of them, and know we have got to perform and do what we can to beat them.”

A bonus for Cullen is that his performances for Charlton – playing one of the deeper roles in Bowyer’s midfield diamond – has been a call-up to the full Ireland squad.

National team boss Mick McCarthy was at The Valley for the recent win over Scunthorpe United.

“The reason I came here was to be part of a successful side with ambition – and we’re still right in the race for promotion,” said Cullen.

“I’ve played a lot of games, especially considering I missed two or three months with my shoulder.

“I feel working under the manager I have been able to improve as a player.

“It isn’t anything in particular. It’s little subtle things every day in training that people might not notice from afar looking in. But I can feel the difference, it helps me on the pitch.

“It comes from the level Bow played at.

“Coming from that level, he’ll know tiny little margins that might make the difference. I’ve felt that. Little pointers every day and discussions we’ve had that have helped me. I’m thankful for that.

“The only way you’re going to get recognition on the international level is by your performances for your club. To come and play as regularly as I have, and play well, is the only thing that is going to get me in the Ireland squad. It’s a massive factor. I’ve played in a good team, which is easier.”

Good loan players don’t feel like they are passing through. Cullen is a prime example of buying into the club he is at. He said: “It’s just part of my make-up. Whoever I play for and wherever I am, I’m always going to give 100 per cent. Whether that is in training or games.

“Since I’ve come to Charlton everyone has been brilliant to me – the players, fans and staff have made me really welcome.

“It’s only right that I give them 100 per cent every time I pull the shirt on. I’ve been fully committed and hopefully that has shown.”

Cullen has been on West Ham’s books since the age of nine. It begs a hypothetical question. If the Addicks did go up, and there was not a pathway to Manuel Pellegrini’s first-team squad – would he consider a Charlton return?

“I’ve always said the ultimate aim is to come through at West Ham and play at the highest level you can, so that’s the first thing I’ll be focusing on when I go back,” he said. “But I’ve enjoyed my time here massively.

“If, whenever it was in my career, it was the right thing to do to come back to Charlton then I wouldn’t have any problem in doing that.

“First I want to go back to West Ham – to try and get in the first-team there and stamp my authority. But if it doesn’t happen, then who knows?”

Before all that comes Cullen and Charlton’s shot at glory.

Ticket sales have already been brisk for the home second leg in a week’s time.  A positive outcome at the Keepmoat Stadium would make it likely that the home sections would be sold out.

Cullen said: “The fans have backed us home and away. We’ve got a job to do in the first leg, so we won’t be looking ahead.

“I’m sure they’ll follow us in numbers to Doncaster. Hopefully we can bring a good result back and finish the job off in front of them – give them what they deserve.”

Charlton Athletic take on Doncaster Rovers at The Valley in the League One play-off semi-finals on Friday May 17th at 7.45pm. Tickets start at £18 and can be purchased from https://booking.cafc.co.uk or 03432081496.