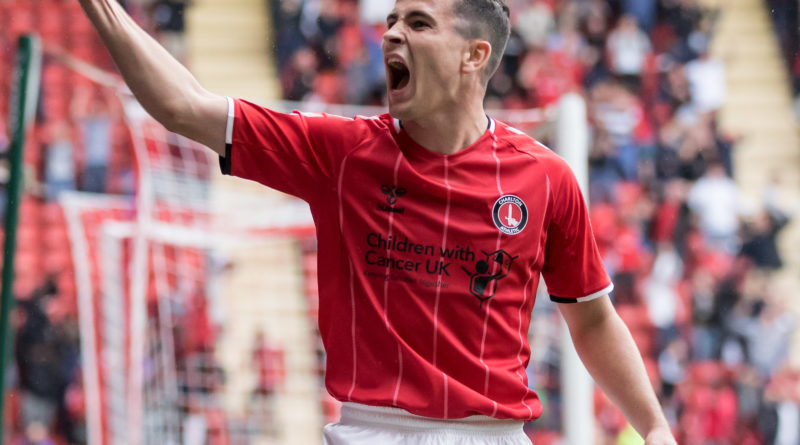 Charlton’s third goal against Stoke City was crafted at the training ground and then delivered to perfection on Saturday afternoon.

The South Londoners were leading 2-1 with seven minutes left of their first home league game of the campaign before Josh Cullen’s low corner was guided into the centre of the area by Lyle Taylor.

Chelsea loanee Conor Gallagher fired the loose ball home to bag his maiden goal in senior football and ensure that the work put in at Sparrows Lane was worthwhile.

“We practiced it about three times yesterday and that was probably the best of them all,” explained Cullen, who was making his first appearance since returning to The Valley for a second loan spell from West Ham.

“I think there was a little bit of rain just before it so that made the surface perfect for that type of routine. I could just zip it into Lyle. We had the signal and we caught eyes and that was it. I was delighted it worked.

“We practiced a few different corners into different areas and I just have to choose which one that I feel I can deliver. I assessed where their defenders were and where Lyle was. We knew the space was there from studying them before. It’s one of those split-second decisions, sometimes it works, sometimes it doesn’t. If the defender clears it everyone says it’s a rubbish corner.

“It’s credit to Johnnie Jackson, Andy Marshall and the manager because it shows how they go about their work. How much they watch the opposition and how diligently they look at things and see where we might be able to get the edge. We had the free-kick against Doncaster in the last game here and the corner today. That’s all credit to them and we just try to put it into practice.”

The 3-1 triumph over the Potters, coupled with Charlton’s opening day win at Blackburn Rovers, means it has been a flawless start to life back in the Championship after last season’s promotion – although Cullen isn’t getting carried away just yet.

“We know we’re a newly promoted side from last season,” he said.

“Let’s get to that mark as soon as we can, make sure we’re safe and see where we go from there. As we did last season, we’ll go into every game believing we can win it and trying to win the game. We’ll take it step by step, game by game. Hopefully we’ll have a successful season.

“We know the Championship is a very tough league and we’re not going to get carried away because we’ve won two out of two. Six points isn’t going to be anywhere near enough if we take our foot off the gas in training and become complacent. We’ll be back in Monday morning and working hard.”