Johnny Garton is looking to go out on a high as he enters the final year of his boxing career.

The 32-year-old from Peckham has revealed he will hang up his gloves at the end of 2020 after a ring career spanning nearly a decade.

Garton insists it is not a lack of motivation that is behind the decision to plan his retirement, but reluctantly needing to listen to his body.

“This is my final year,” said the South Londoner. “I’ll hopefully have two or three more fights and then I’ll call it a day.

“I love the sport so it’s hard for me to admit it, but I’m noticing my age in the gym and it takes me longer to recover from little aches and pains.

“I want to be able to finish the sport with my health intact and my wits about me, that’s the priority.

“A lot of boxers get older and can’t really talk as well as they used to – I want to still be able to talk.” 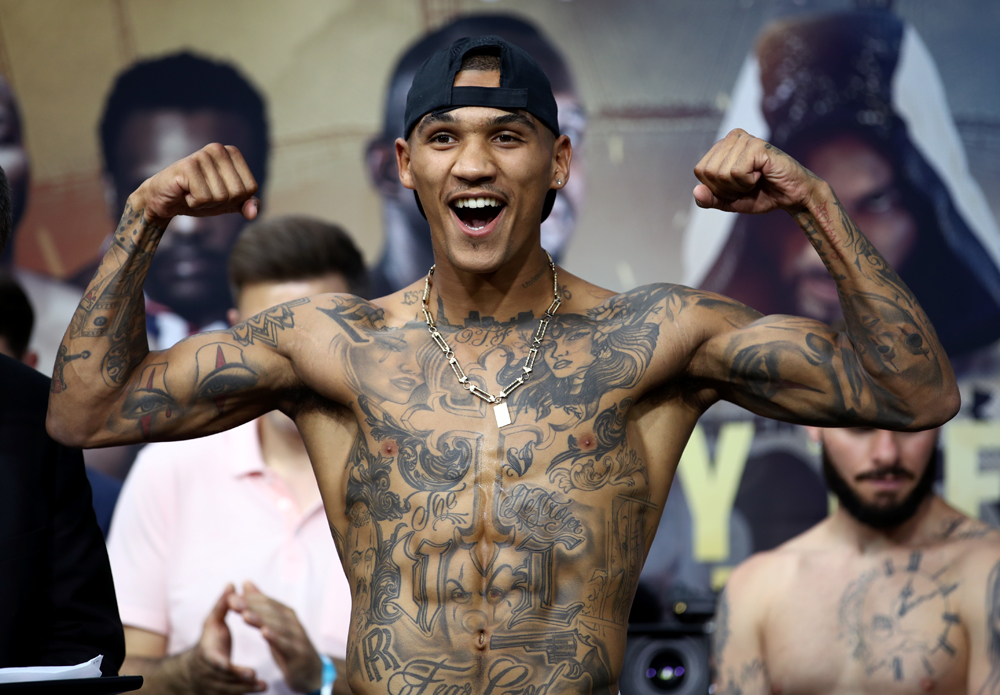 Garton has been linked with a potential fight with Conor Benn – a clash both fighters have stated they want.

However, while Garton is confident he would come out on top should the pair meet, he won’t be forced into taking a bad financial deal. The Greenwich-born 23-year-old is the son of Nigel Benn, one of the most high profile fighters to come out of the UK in recent decades.

“I’d love the Conor Benn fight, it would be an absolute tear-up,” said Garton.

“He’s not on my level and I think I’d stop him, but like it always does in boxing it comes down to money.

“Because I’m promoted by Frank Warren, to go on a Matchroom show [promoted by Eddie Hearn] I’ve got to pay him about £6k. With the money Eddie Hearn was offering last year for the fight I wouldn’t have made any myself once I’d paid Warren and my team.

“I’m not greedy or asking for a lot of money. People ask: ‘Why won’t he just take the fight?’ but I’ve got a family to provide for. Hearn and Benn know the situation – unless they pay the extra £6k to Warren the fight isn’t going to happen. Hearn is probably the biggest promoter in the world, so I’m sure he can afford it.”

Garton endured a difficult 2019, losing his British title to Chris Jenkins at the Royal Albert Hall and then had nine months out of the ring. The loss was his first defence of the British title he won in an all-out-war with Gary Corcoran. He made his comeback with a win over Jordan Grannum in December.

“That fight with Corcoran took more out of me than I realised,” he admitted. “I needed 14 stitches afterwards but as soon as they were out I was straight back in the gym. Losing to Jenkins was a big eye opener.

“I still think I’m 21, so I train like a lunatic when I’m in the gym. I’ve been a fighter for nine years and the longest I had out of the gym was about three weeks before I realised after that loss that I needed more time to recover.

“Even then I wanted to jump straight back into a title fight to be honest, I didn’t see the point of having a warm-up fight.

“My team insisted though because I had been out of the ring for so long, they wanted to assess me and see if I was on the slide.

“I could feel my timing and range was out for the first couple of rounds, but once I got going I felt brilliant.”

While the talk about the potential Benn fight will inevitably continue, there are other options available should negotiations with Matchroom fall short. There has been contact with Jenkins’ team over a rematch.

“He’s got the British and Commonwealth titles so it’s a great chance to set the record straight.

“I’d like to beat him, and then fight Benn and put the titles on the line.

“I want to have those two or three last fights, get a little bit of money out of the sport, and then get out healthy.”