Jed Wallace has labelled Millwall’s match at Bolton Wanderers tomorrow as one of the biggest since the club won promotion to the Championship.

The Lions have lost three league games on the spin approaching the crunch fixture at the Macron Stadium. The wrong sequence of results this weekend means they would drop into the Championship bottom three with just 10 matches left to play.

Media and supporters always talk about pressure, but how much do the professionals actually feel it before 90 minutes of high-stakes football?

Wallace said: “It’s not so much pressure, it’s more momentum. Pressure is always there in football but momentum is not always there – that’s the hardest thing. 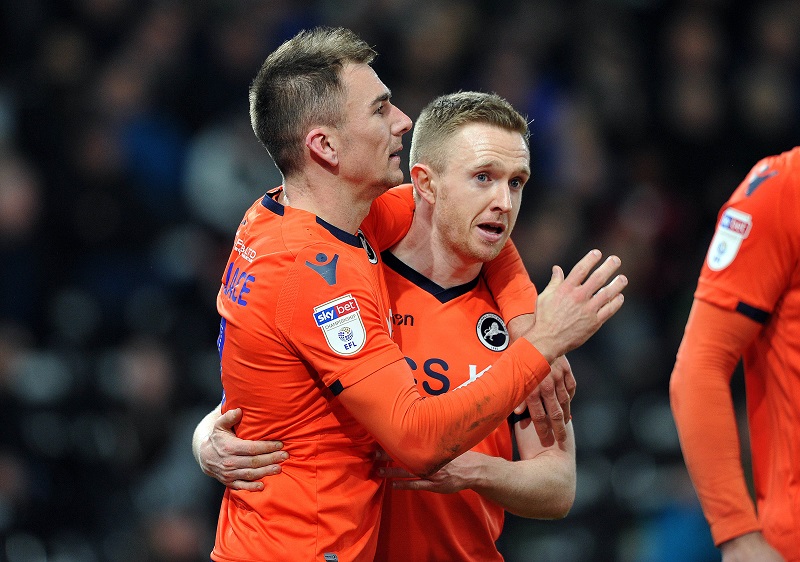 “Momentum is the biggest thing and between now and the end of the season we need to build some. Bolton is probably one of the biggest matches we’ve had since we got promoted. We’re under no illusions, we’ve got to make sure we’re on it.

“Looking at the fixtures for the last 12 games, we probably wouldn’t say that the Norwich one is going to define our season. Saturday is a huge game and we go into it knowing we need to win.

“I’m looking at it from a positive point of view – can we get to an FA Cup semi-final and stay in the division? That would be a good season for us.

“This season has been frustrating. We knew that 50 points would be the target [for survival] – and 48 would probably get you there. But it’s a game-by-game shootout with five other teams. If we draw and the teams below us lose then it’s a good point. If we lose and they lose, it is what it is. 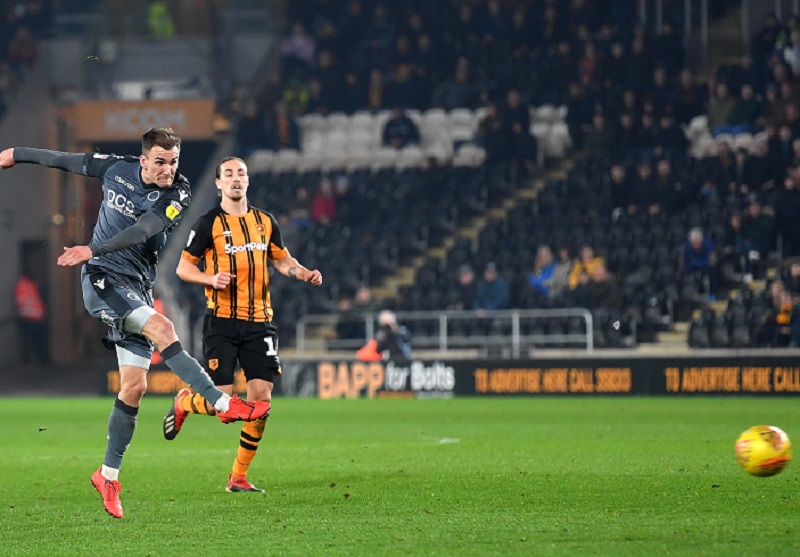 “Playing for this club you always need mental strength – but definitely at the moment. Hopefully we can show the cojones to get ourselves out of the situation.”

Millwall were 10 games unbeaten at this same time last season. They would go on to stretch that run to 17 before defeat to Fulham in late April.

This campaign their best sequence has been three straight victories at the turn of the year – the only other back-to-back wins coming in October.

When Wallace scored a late winner to sink Derby on February 20 the Lions had kept three clean sheets in four. Since then they have failed to pick up a point and conceded eight times in the next three matches.

“We’ve had a few moments like that this year where you’ve thought it’s going to be a turning point and it hasn’t been,” said the former Portsmouth and Wolves winger. “We’ve lost the last three games but we’ve played a couple of good teams. 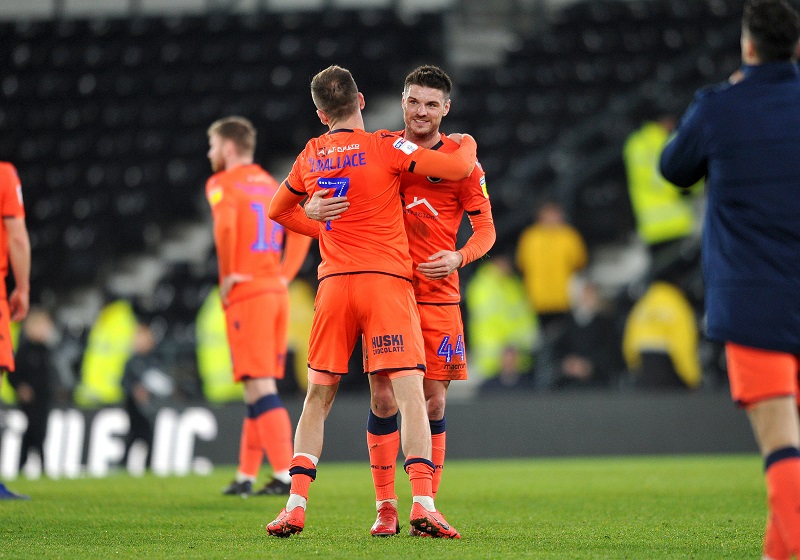 Preston, probably bar Sheffield United, have been the best we have faced – they took us apart in the first half. Norwich was always going to be difficult, they are very good on the counter-attack and have a guy up front [Teemu Pukki] who has scored 25 goals. That’s the difference between the top and the bottom of the table – we can’t score and they looked like they were going to score a lot.

“The key to a good season is putting a run of wins together. We’ve done it once – winning three in a row. You need back-to-back wins seven or eight times in a season and we haven’t done that this year, which has killed us.
“Away from home we haven’t been good enough.

“For four years we’ve been able to rely on our home form, so that’s been difficult this year when teams come to The Den and all of a sudden a draw is a good result. A lot have frustrated us and we’ve drawn 0-0 or 1-1 which last year we’d have won.

“It’s credit to us that teams like Sheffield Wednesday – massive clubs – come and shut up shop. We need to find a way to be better in the final third.”

Wallace is joint second top-scorer in the Championship for the Lions with five goals – two behind Lee Gregory, who has not netted in that competition since mid-December. 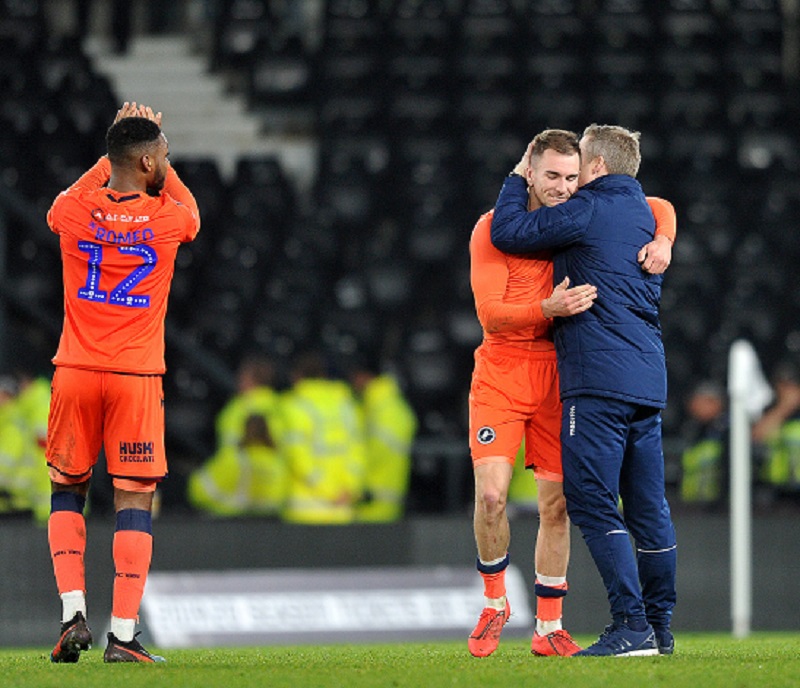 Asked about that return, the 24-year-old said: “It’s alright. My numbers this year ain’t great – it’s been up and down for me. I’ve had a few games where I’ve been outstanding and a few where I’ve been quiet.

“Ultimately I’m an attacking player – it’s not a position for consistency. Mo Salah’s had two bad games and all of a sudden he’s not consistent – the guy has scored 70 goals in two years.

“I take risks on the ball. I could be consistent if I got the ball and passed it back every time – I’m never going to do it. I’m happy to take responsibility – being inconsistent comes with the position, really. It’s never all going to go your way.

“The best players in the world are a lot more consistent than me. If I played my really good games every week then I probably wouldn’t be at Millwall – it’s the same for a lot of players at this level.

“I am where I am for a reason. I’m striving to improve. One day I want to go up a level. Right now I want to be as consistent as I can to help us climb the table.”

Bolton were forced to close their training ground on Monday amid mounting financial problems.

Their players did not receive their February wages on time. Wallace experienced something similar at Portsmouth – he was handed his debut there as a teenager when the South Coast outfit were in administration. 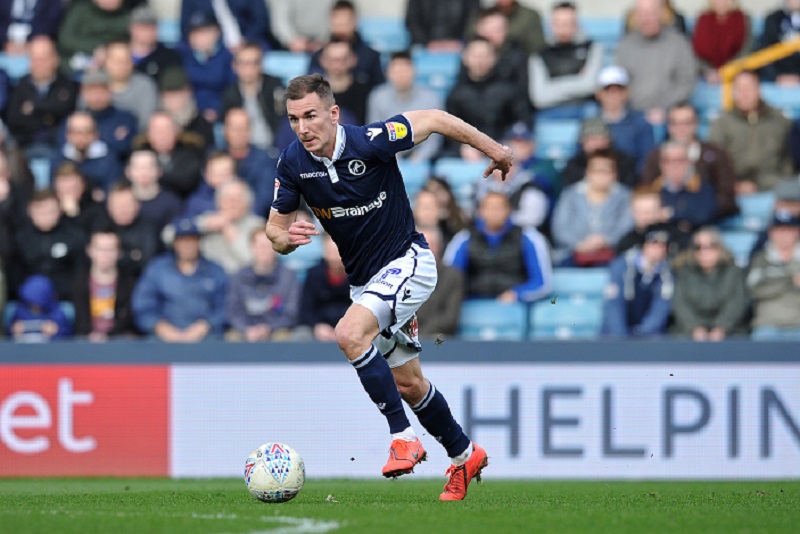 He said: “If anything it takes pressure off you, as a player. Everyone expects us just to turn up and win and it releases that tension – everyone writes you off.

“That’s why you always see underdogs do well in the cups.

“I’ll be putting pressure on the group that it’s down to us to win the game.

There’s no point feeling sorry for yourself.  Last season we created a false illusion of where the club is at the moment. We’re playing for Millwall Football Club – we need to roll our sleeves up and have a bit of grit about us.”

Lions boss Neil Harris dismissed suggestions after Saturday’s reverse that any of his squad had been distracted by the pending FA Cup quarter-final clash with Brighton. And Wallace echoes those sentiments.

“No-one cares about the cup. If we could win the next three league games and take a 5-0 against Brighton, I’d take it.

“It’s the be-all and end-all – staying in this league.

“My message to the fans is let’s not feel all flat. I know it’s difficult. The fans have paid a lot of money and not seen a lot of goals recently – but we need to get The Den as hostile as we can and travel in numbers [for away games]. We’ve got big characters in the changing room that need to produce moments of quality.

“It’s about getting on the ball in the right areas. We’ve not been the right side of goalmouth scrambles – we had about five at Hull and another couple the other day.

“Football fans ain’t stupid – they know we’ve been there or thereabouts most of the season. I’ve always said if the manager is at the football club, it’s going to be a good place to be. That hasn’t changed because we can’t quite get over the line in games.

“The manager has got a lot of people he trusts in dressing room – and I’ve got a lot of friends in there. The fans know we won’t go out there and not try.

“The fans need to stick with this group of players and a manager who has brought huge enjoyment and success to this football club. We need to stick together more than ever.”