Jayson Molumby was on the end of some straight-talking from Shaun Williams recently – but has absolutely no issues with the veteran Millwall midfielder.

The two Irishmen have been paired in the middle of the park in recent weeks under Lions manager Gary Rowett.

Williams is set for his 250th Millwall appearance in tonight’s home game against Nottingham Forest.

The 33-year-old scored a screamer at Birmingham City last weekend – and revealed afterwards that he had a frank chat with the Brighton loanee about being under par against Wigan.

Molumby, 20, said: “Basically in the first half I wasn’t good enough. It can be tough love – which is what you need sometimes.

“Coming back into the team after not being in for a while – and not knowing what to expect in the Championship – I struggled badly.

“It was a wake-up call – that you’re playing in the Championship now and not a little kid anymore.

“Everyone has games like that, even the best. But I need to get it on a consistent basis, so there isn’t so many dips in form. 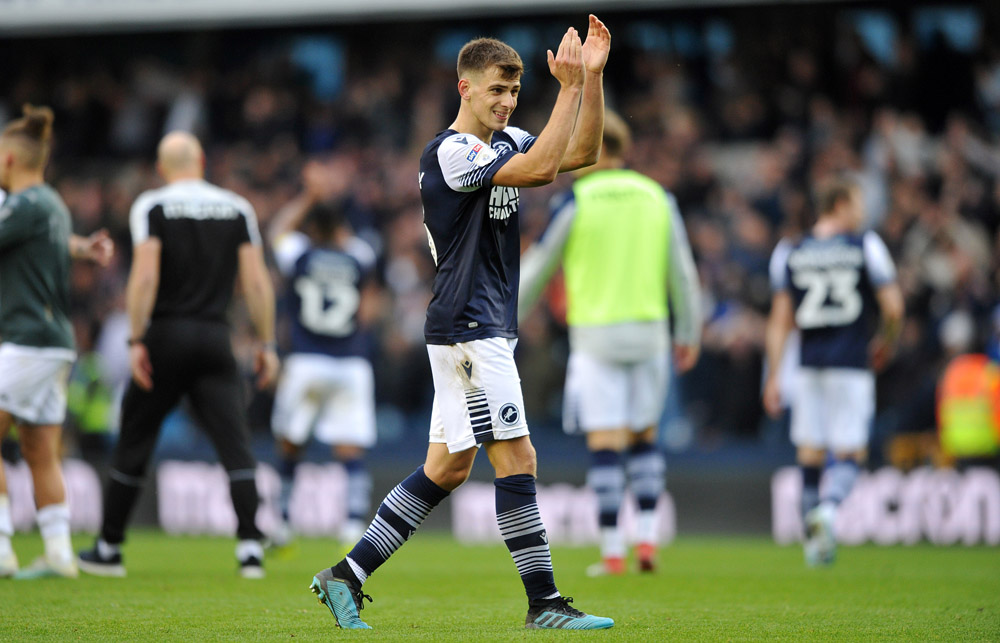 “I respect Willo so much. I already know the type of character he is and that he’s only trying to help me. If it was someone else saying that then you’d probably think ‘he’s on me’ – but not Willo. He cares. I’ll always try to take on board what he says.

“He’s definitely taken me under his wing, in every way really, since I’ve been at the club.

“He’s looking out for me all the time – making sure that I’m alright. He’s got his 250th game for Millwall on Friday – to have that many games for one club is legendary status.

“That’s the amount of games I want to get in my career – and plus on that as well.

“I’ll keep listening to Willo and get better as a player.”

Molumby had a hand – or that should be a foot – in the Lions’ goal at the weekend. The Republic of Ireland U21 international likes a tackle, and won possession to spark a move that saw his compatriot spank in from the edge of the box.

“There are a lot of things that go into scoring a goal,” said Molumby. “It can be a little basic thing that helps to get us up the pitch to score.

“Willo’s goal – he stuck it right in the bins. I’m buzzing for him. He’s been really good to me.

“He has it in training where he’ll do a whip one. He likes them in the corner, to be fair. This one was an absolute piledriver.”

Molumby has started 10 of the last 13 Championship matches.

His absence from the recent away victory at Swansea was due to suffering a knock while away on international duty.

Molumby has played the full 90 minutes in nine of his last 10 outings at club level.

“I’ve been happy with it so far,” he said. “I’ve played a decent amount of minutes now.

“I want to keep on playing and keep improving. I feel I can still do a lot better than I’ve been doing – that I have more to give. Hopefully I can show that in the coming games.

“It’s just being more confident and braver on the ball – to play more forward passes and create more things.

“I always thought it would take a little while to get a chance when I joined. That is the case with a lot of loans – especially when a gaffer knows his players inside out and trusts them from having had them in a club for a year or two. It can be difficult to break in.

“It just felt like I had to put the work in during training and show the manager – any chance I did get – that I’m good enough. You need to take those chances.”

Premier League clubs normally have the option of cutting short loans in the January window.

But Molumby, who has gained his first senior football in SE16, has no desire to head back to the Seagulls.

“I’d love to stay here if the gaffer and club are happy with me,” he said. “I’ve nothing else on my mind than to stay here until the end of the season, because I’m enjoying it that much.”

That enjoyment was plastered all over his face when Matt Smith scored the stoppage-time winner against Charlton at The Den – Molumby windmilling his arms in celebration right in front of the away end.

Asked about his reaction, he replied: “It’s just the moment. It’s football, isn’t it? You give a bit back, don’t you? If they had scored a last-minute winner then you can be sure their players would be giving it to our fans big time. It’s the emotions of it all. 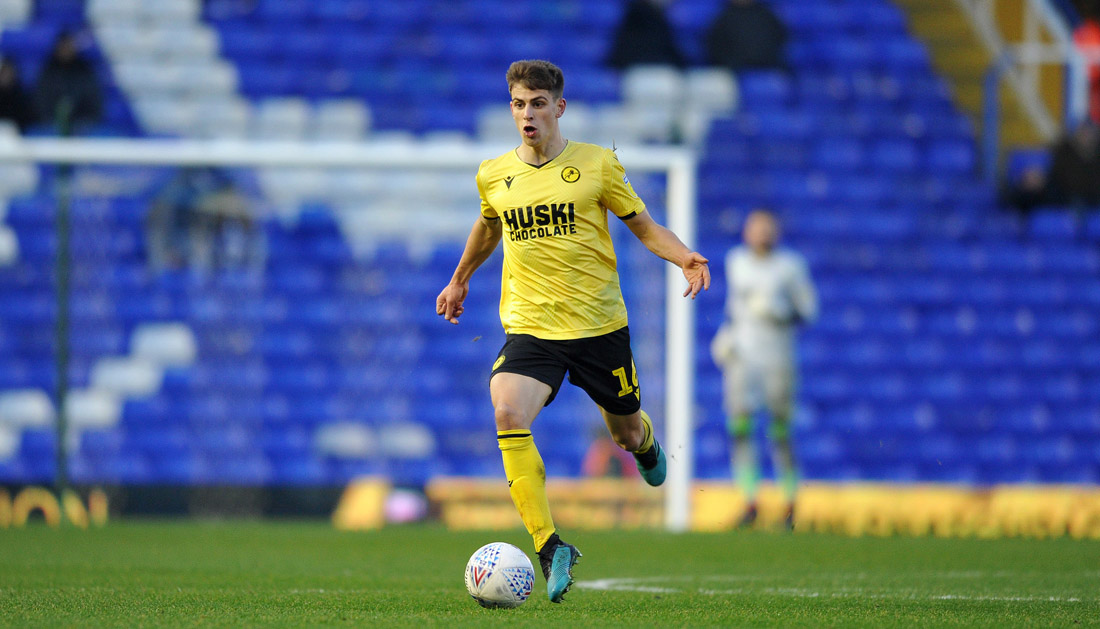 “It means so much to the club and supporters, you get wrapped up in it. There’s nothing better than that winning feeling. The atmosphere was unbelievable. That and the Leeds game were incredible. They were the two standout games for me – just for the atmosphere and they were two good wins as well.”

Millwall are sixth in a form table for the six league matches that Rowett has been in charge.
Forest look their toughest Den test yet since the change of management.

Sabri Lamouchi’s side have won five and drawn four of their 10 fixtures on the road. Ex-Lion Lewis Grabban has eight goals in 18 appearances.

“All the boys in the dressing room feel like we can beat anyone at home,” said Molumby.

“The game is on a Friday night and it’s getting cold and wet…not many teams want to go away to Millwall, so that is another factor.

“The new gaffer is trying to play more balls through the middle. The style of play is perhaps suiting me and Willo a bit more, just to get on the ball and get things ticking.

“The results are pretty much speaking for themselves  – and we’ve been unlucky in a few as well. We should probably have more points on the board.”

Williams reckons it is a question of when – not if – Molumby wins a full Ireland cap.

“It’s the biggest thing for me – it’s huge to play for Ireland,” said Molumby. “If that comes – either this season or in years to come – I’ll be buzzing.

“I don’t like to think too far ahead. I like to keep myself in the here and now – focus on the next games.”