BY JAKE SANDERS AT KENILWORTH ROAD

When Matt Smith somehow headed wide from close range and passed up the chance to put Millwall into a two-goal lead for the first time this season, you could sense it was going to come back and bite them.The Lions had gone in front via Tom Bradshaw’s second Championship strike of the campaign – both of which have come on the road – and were probing for a second.

We don’t know if victory would have changed Neil Harris’ decision to step down as Millwall boss last night. Kenilworth Road proved to be the final stop in his managerial journey with Millwall. 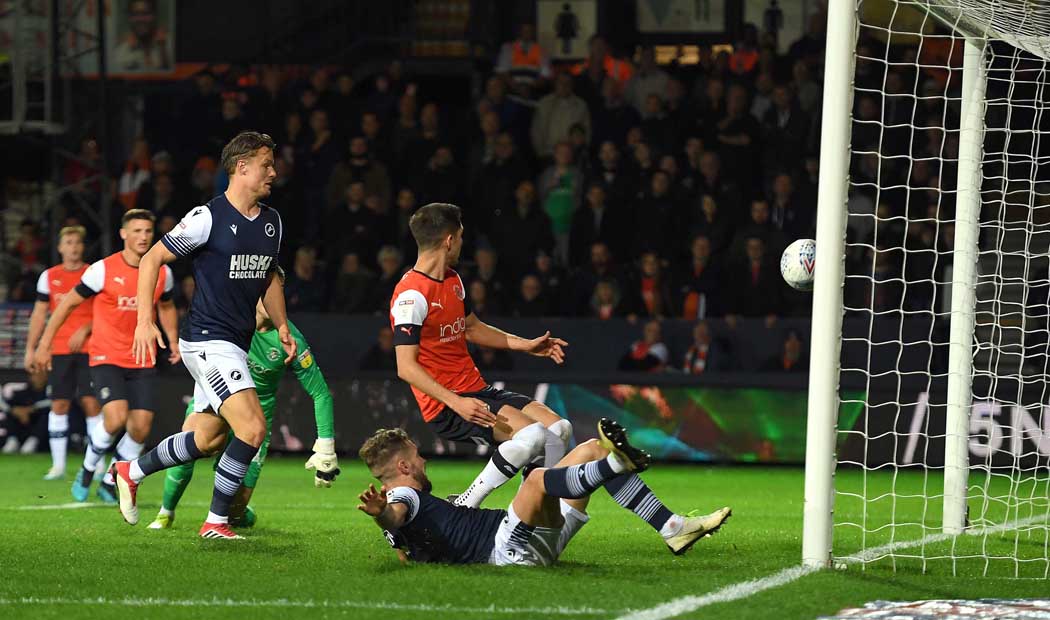 Ben Thompson, benched for the second match in a row as Harris opted to bring on loan Brighton & Hove Albion man Jayson Molumby into his midfield, came on after the break and changed the complexion of the contest.

The Lions academy product did his best to try and put daylight between the sides, although his late piledriver was dealt with by Luton keeper Simon Sluga.

You could sense the anxiousness from the Millwall bench, fans and anyone else connected with the South Londoners. 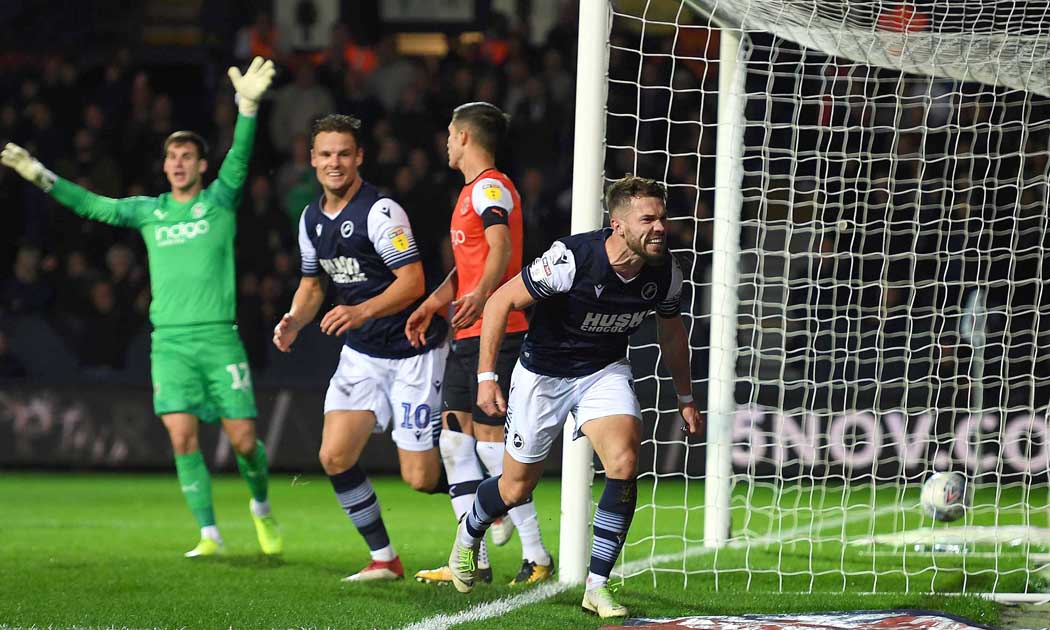 Club captain Alex Pearce, who was an unused substitute on the day, was bellowing instructions from the touchline. The majority of the Lions subs were all vocally involved in trying to encourage their team-mates to that elusive away success.

And just as the Lions could see the finish line, disaster struck. They went from being on the verge of claiming their first league away victory since March to having to see out a sticky eight-minute period – including stoppage-time – to hang on for a point. 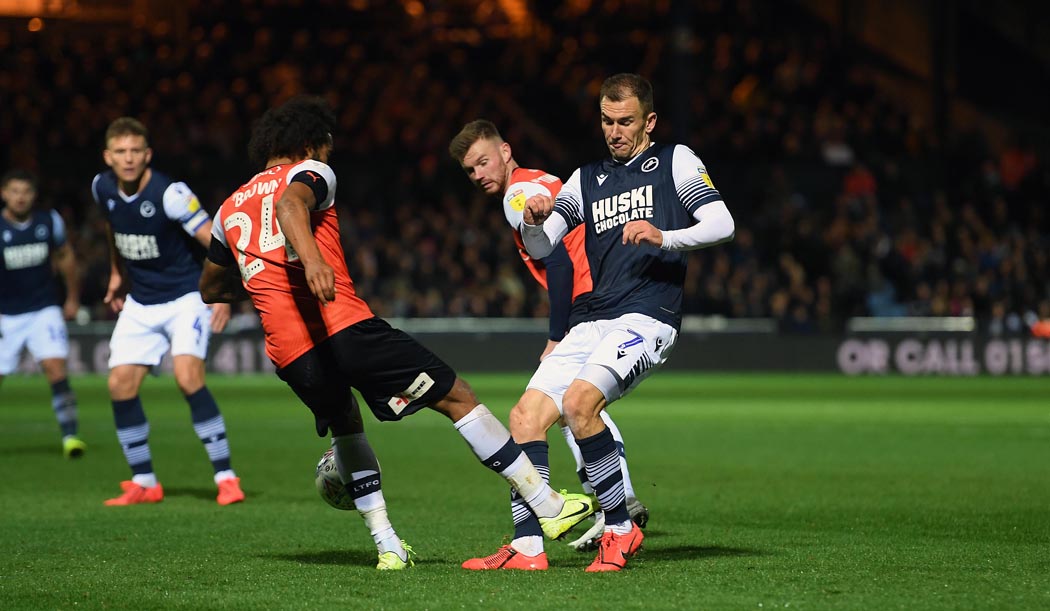 Murray Wallace could have perhaps done more to stop Luke Bolton’s cross and any of Jake Cooper, Ryan Leonard and Molumby should have picked up on the movement of substitute Callum McManaman, who darted towards the near-post and guided his effort past Bartosz Bialkowski, who certainly deserved what would have been just his third clean sheet of the campaign.

Bialkowski went quite a way to making up for his costly howler against Queens Park Rangers towards the end of last month and his misjudgment against Hull City earlier in the season. 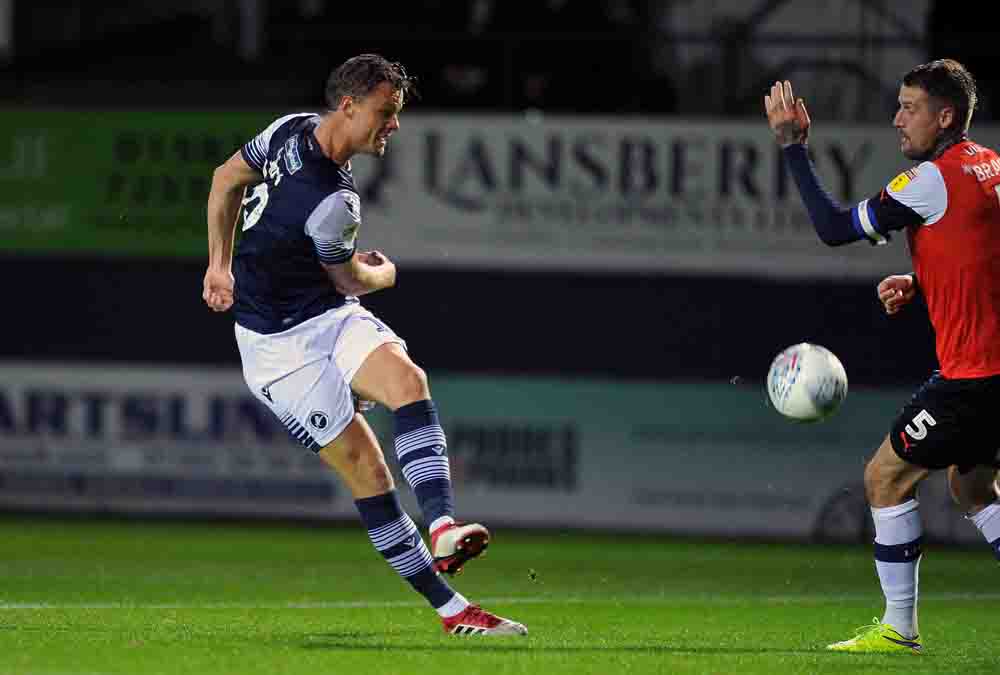 The on-loan Ipswich Town keeper had done plenty to deny Luton prior to their 86th-minute leveller, including one outstanding stop from James Collins right at the start of the second period, wonderfully tipping the striker’s volleyed effort on to the crossbar.

Luton took the game to Millwall in an uninspiring opening period.

But besides one sharp stop from Collins, Bialkowski could have been sitting amongst the 10,049 inside Kenilworth Road and the scoreboard still wouldn’t have changed. 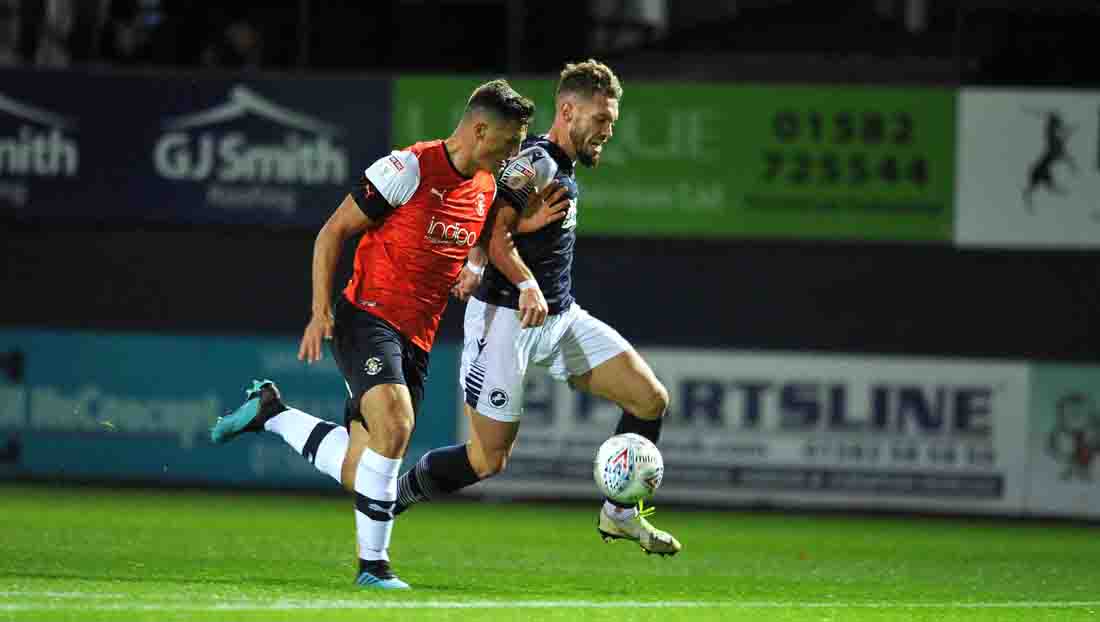 From a Lions’ attacking perspective, it wasn’t working. But to Harris’ credit, he changed it at the break.

Thompson came on. Surely one of Ryan Leonard or Molumby would go off? Nope. Connor Mahoney, who looks desperately short of confidence, was hooked. The former AFC Bournemouth man had just 17 touches of the ball in 45 minutes.

Thompson managed just six more than Mahoney, but seven completed passes in the Luton half told a different story. He played more advanced than both Molumby and Leonard. And it was no surprise that his willingness to get himself into the box was rewarded on the hour mark. 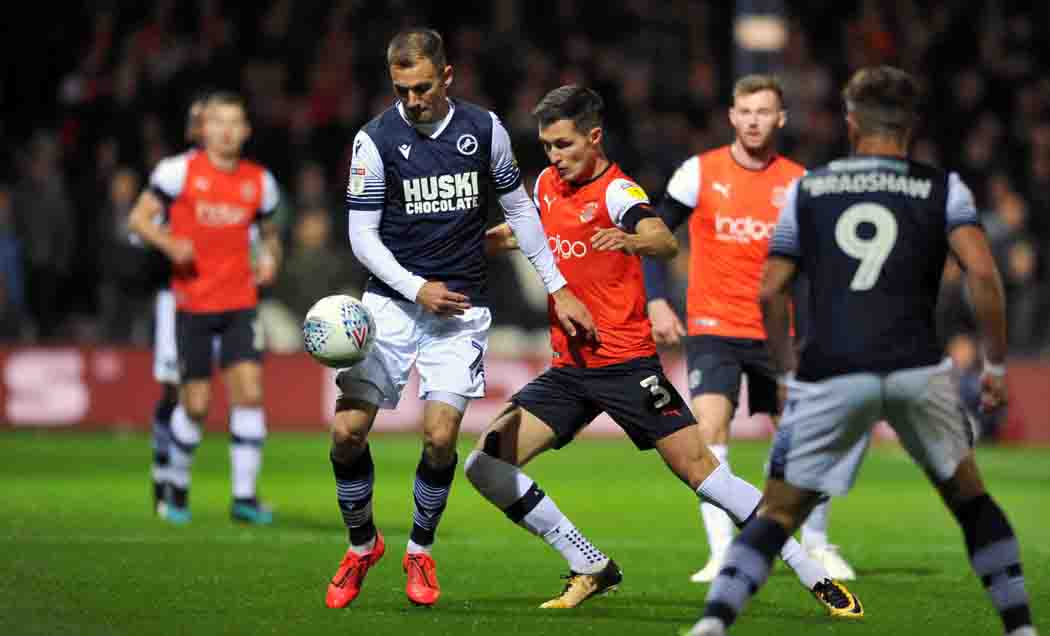 He couldn’t get on the end of Bradshaw’s cross, but showed a cool head and composed himself before neatly finding Jed Wallace, who wasted no time in getting his cross-shot away. It might have been dropping wide of the far post but, fortunately for Millwall, Sluga palmed straight into the path of a thankful Bradshaw, who slid home his first goal since netting the equaliser at Middlesbrough back in August.

Millwall didn’t do much wrong in the second-half. They soaked up pressure, limited Luton to very little opportunities, counter-attacked impressively and gobbled up one of their own.

But only four teams in the Championship have scored more than Luton this season, and you always felt the Lions needed that cushion of a second goal. 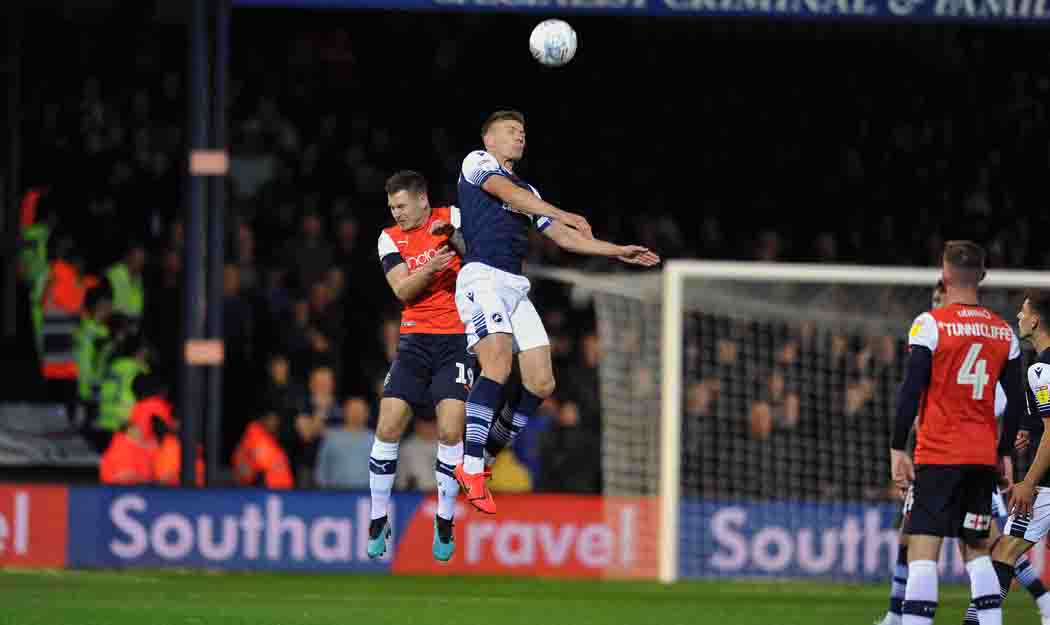 Smith squandered that glorious opportunity and it proved costly.

Millwall are without a victory in any competition since August 17 but can they build off the two points gained since Saturday after the shock of Harris’ abrupt departure?